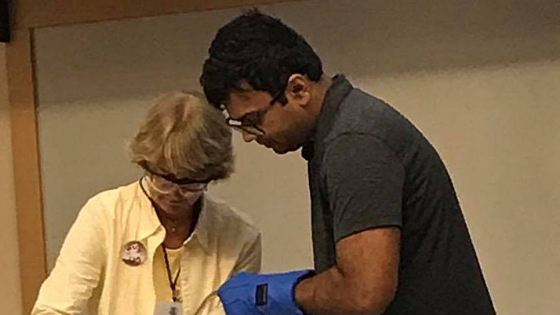 Academic STEM librarians face many challenges, including: connecting and collaborating with classroom faculty; identifying and providing access to open educational resources (OERs); and providing reference advice to graduate students whose dissertation titles we can’t pronounce. For those of us with an academic science background, we can expedite this sort of work.

However, the majority of academic STEM librarians do not have a STEM degree. JoVE’s 2018 STEM library survey revealed that nearly 60% of librarians who support STEM fields don’t have a degree in the subjects covered. But they can use webinars, videos, workshops, invited speakers, and ask questions of researchers and their students to increase their knowledge of STEM topics. Another librarian resource is the science boot camp.

The idea for the science boot camp for librarians first appeared in 2009. The notion grew from a recognition there was a lack of knowledge about new “e-science” initiatives among librarians at University of Massachusetts. The first boot camp, at UMass Dartmouth, brought together about 40 librarians and experts in GIS, nanotechnology, and bioinformatics from UMass and Harvard.

In addition to these expert-led sessions, the two-and-a-half-day workshop included campus tours and social activities. Now, 2019 marks the eleventh anniversary of what became the New England Science Boot Camp for Librarians. Since that initial event, nearly 600 attendees have learned about 33 different science topics at various New England boot camps.

While each of the regional boot camps is organized independently, their structures have been largely consistent. The events run two-and-a-half days, feature scientists primarily from the host university, include field trips and social events, and provide housing in dormitories. Dormitory housing may not appeal to many librarians, but it contributes to another aspect that does appeal to all — affordability! By the way, most of the time, these are not your mother’s dorms or even the dorms of your undergraduate days; many of the dorms feature modern amenities and en suites.

A hallmark feature of the boot camps is that the registration fee (typically less than $300) includes three days of expert instruction, two nights’ lodging, all meals and break snacks, entrance fees, and transportation to and from field trip venues.

Attendees must provide their own transportation to the boot camp itself, but locals who don’t require lodging can attend at an even lower rate. At a time when the registration fees alone for most library conferences are often double the entire cost of the boot camps, librarians will enjoy a tremendous return on investment for their limited professional development funds!

I was very excited when I learned that a science boot camp was being planned in the Great Lakes area! Although I do have an advanced biology degree, I struggle to keep up with new developments or trends in research. I’m not very familiar with other science disciplines. The boot camp seemed like a great opportunity to learn a bit about what scientists are currently studying, and to get to know other librarians.

The Great Lakes boot camp started in 2015 at Wayne State University in Michigan, followed by camps at Notre Dame, Michigan State, and Purdue. I have attended all of the Great Lakes boot camps, and have learned a lot about regional environmental issues. For example, the keynote speaker at the Michigan State camp was a lead researcher of the Flint water crisis. I not only gained insights about the chemistry behind the issues, but learned about new resources I could share with faculty and students at my campus.

As a member of this year’s planning committee, I must put in a plug for the upcoming GLSBC at the University of Chicago, July 17-19. Session topics will include biomedical sciences, ecology, math, game development, GIS, and big data computing. A field trip to the Adler Planetarium will include a session on astronomy and citizen science, and this year’s keynote speaker is the well-known paleontologist Paul Sereno.

In addition to a high-quality, affordable professional development experience, the science boot camps for librarians are creating communities of practice. Attendees are encouraged to share contact information and stay in touch to share best practices, new developments, and scholarship opportunities.

Whether you are new to science librarianship or in need of refreshing your scientific knowledge, the librarian science boot camp is another way STEM librarians can narrow the gap of subject knowledge. 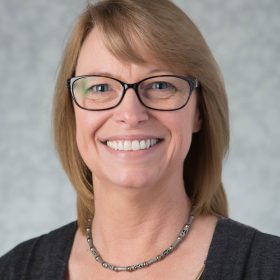