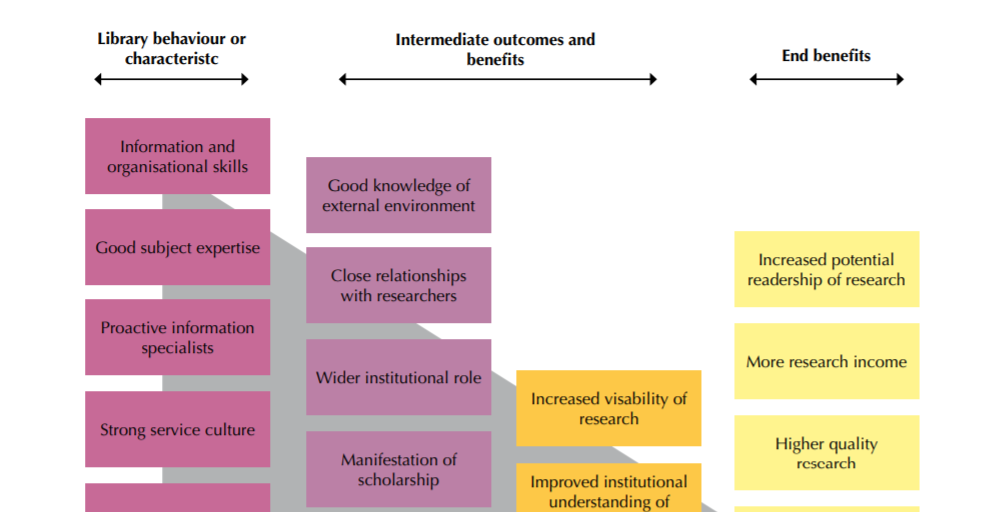 The library on campus used to be a hot spot of activity and learning for researchers, but is it still the valuable resource it once was? How is it adapting to the digital age? And, with all these questions arising, what kind of role do academic librarians have in research today? Short answer: a major one.

There was a time when the library was the resource for students and researchers from elementary school on through Ph.D. work and beyond. Through academic libraries, students and faculty alike had access to a wealth of information and resources that they couldn’t possibly collect, navigate, or share on their own.

With the technological advances of the past two decades, however, searching for information and resources got significantly easier, more convenient, and more universally possible. As a result, the role filled by academic librarians and academic libraries in the world of education and scientific research has changed dramatically. So dramatically in fact, that many librarians and librarian associations are still debating and defining what their place within the modern world of academia truly is, what skillsets will best suit their new role, and how they can most effectively serve their patrons and become change agents and thought leaders.

Despite all these ongoing debates, there’s no doubt that academic librarians are still an integral part of the scientific research that’s being done around the world, and the various leaders amongst them are paving the way for libraries to serve an exciting, new purpose without abandoning the services which they’ve always provided.

Stay up-to-date on Librarians in Research:

How are Academic Librarians Modernizing?

Academic libraries are adapting to the technological advances of the digital age in a number of ways, from investing just as passionately in electronic resources as they always have in print, to adopting a more integrated role including more technologically-focused skills, more campus outreach, and more connectivity with faculty. This new idea of an integrated role was perhaps first (and best) defined in “The Blended Librarian”, a paper by Steven Bell and John D. Shank, that provided a “blueprint for redefining the teaching and learning role of academic librarians”.

Since the paper’s release in 2004, there has been a tremendous shift in the services offered in research libraries. Librarians are expanding beyond their traditional collection acquisition and curation duties to serve more fully as educators, technological guides, and communicators both across campus and across the community.

This increased focus on outreach, innovation, and information technology skill-building enables modern academic librarians to better adapt to the needs of their patrons.

How are Academic Librarians Affecting Research?

According to a 2011 report from the Research Information Network (RIN) and the Research Libraries UK (RLUK), academic libraries and academic librarians not only supply researchers with the tools they need to perform their work but also aid their patrons and institutions by

What is the New Role of Academic Librarians?

It’s always difficult to say with certainty how an industry, or the professionals within one, will change over time but in the case of academic librarians there are some exciting trends arising today which suggest an exciting future tomorrow.

According to a 2015 study entitled “Bridging the Librarian-Faculty Gap in the Academic Library”, there’s a growing interest on campuses across the country in developing better communication, more advocacy, and more collaboration between faculty and academic librarians. While the study went on to highlight a number of differences between these two parties, it also laid a valuable foundation on which to build more of a connection between researchers and academic librarians. Through this interest and a concerted effort to modernize and adapt what academic libraries offer and prioritize, academic librarians have the opportunity to not only secure their place in academic and scientific research but to bring more efficiency, more understanding, and more success to scientific research than ever before.

Science’s reproducibility crisis has become one of the biggest topics of discussion and concern for the scientific community in recent years. In response, librarians are stepping more and more into a leadership role, developing initiatives and conferences to increase research reproducibility. This topic is becoming such a focus, in fact, that institutions are now beginning to create entire positions dedicated to reproducibility librarianship. Librarians already engaged with research reproducibility are quick to note that the solutions needed to improve reproducibility are largely those that a successful librarian practices every day, particularly the development of awareness-building and educational initiatives, campus-wide outreach, and resource support and promotion.

Author’s Note: This post was originally published in August, 2016. It has been updated and expanded to be more comprehensive.