We know that scientific reproducibility is a major problem. However, you may not know that in dollar costs alone, we face these grim stats:

This reproducibility crisis most likely also affects your colleagues on campus, who must compete for NIH dollars, and justify the validity of their methods and results.

For scientists, this crisis has personal repercussions. Researchers can spend endless lab hours trying to repeat experiment protocols — without success. Ultimately, this can frustrate careers from the undergraduate level (adding potential years to the quest for a Ph.D.), to the principal investigators needing to innovate (costing millions of dollars in denied grant money).

Because we are the premier publisher of scientific video textbooks, articles, and educational content, we actively work to help further research, as well. We also invite you to investigate the subject by reading more articles on librarians and reproducibility. 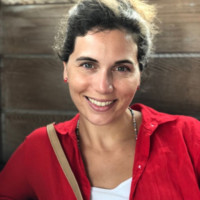