Developing Interest in the Retina: A Conversation with Guest Editor Sruti Patoori 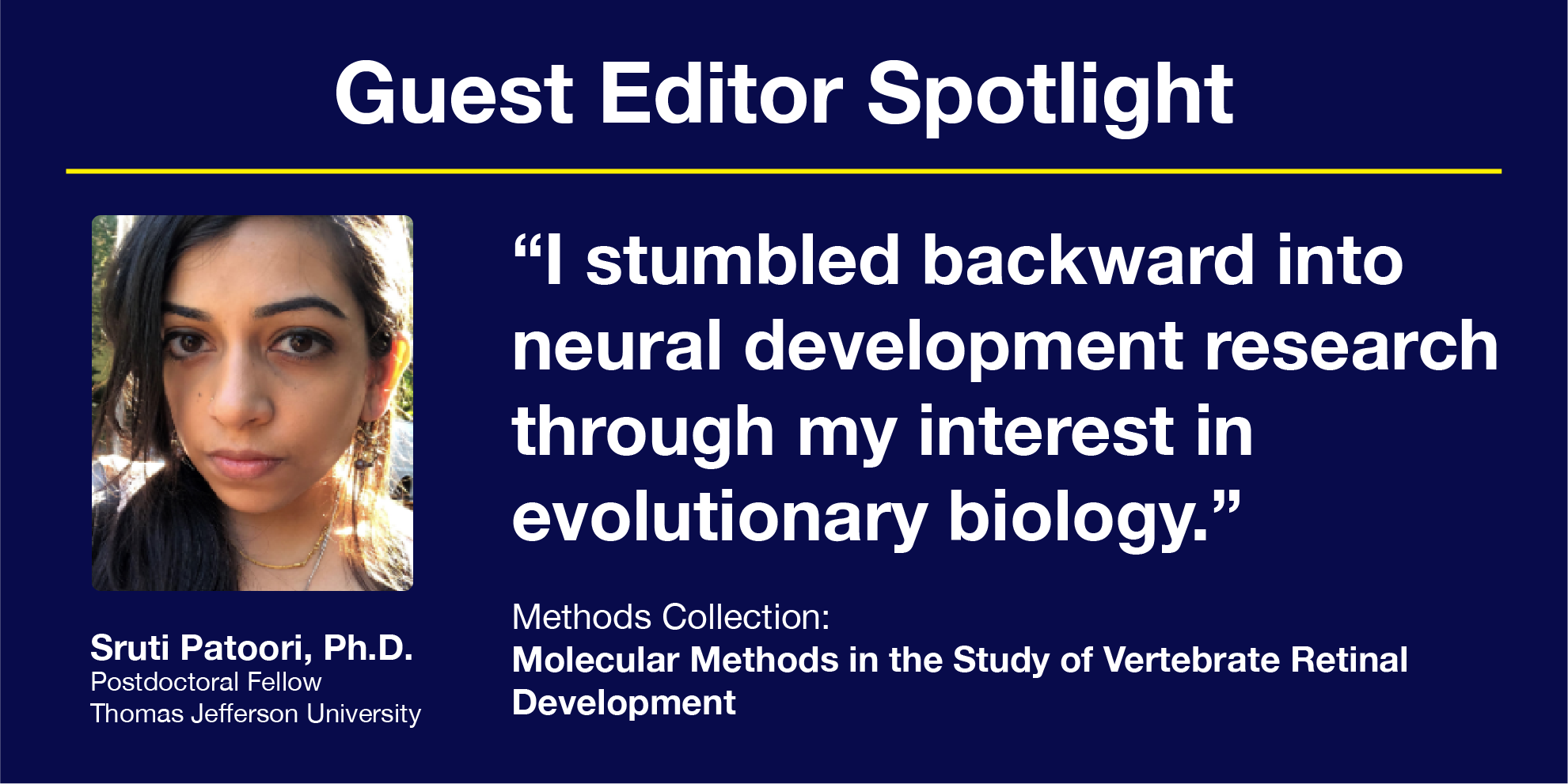 Sruti Patoori, a newly minted Ph.D. graduate and current postdoc at Thomas Jefferson University, is in the midst of guest editing a JoVE Methods Collection on Molecular Methods in the Study of Vertebrate Retinal Development. The collection-which is currently open for submissions- focuses on techniques to determine cell fate and circuitry establishment in the developing retina.

We spoke to Dr. Patoori about how her interest in retinal development evolved, how the reproducibility crisis has impacted her research, and which topics she’s most excited to see published in the final collection of video articles.

I stumbled backward into neural development research through my interest in evolutionary biology. In high school, I read an issue of National Geographic on the Y chromosome Adam and the mitochondrial Eve, and I immediately thought, “This is it; evolutionary biology is for me.” From there, I worked in a population genetics lab as an undergraduate at Rutgers for two years, but I didn’t have the patience to sit at a computer all day. Then in my first year of grad school at CUNY, Mark Emerson gave a talk on retinal development. He spoke about how the chick and the mouse have very different retinas, both in terms of cell-type composition and visual function. Right at the end of the talk, he dropped that there could be an evolutionary project on these different systems. I immediately drew a heart in my notebook and went on to join the Emerson lab.

How have you struggled with reproducibility in your own research on retinal development?

In 10 years, I might find this funny, but it is a fresh wound for me. I had grand plans for a figure- I was labeling progenitor cells with EdU, and I got it to work with a couple of regulatory elements. Then I went on to label another four elements, and it didn’t work. I assumed I’d made a mistake, but when I tried again, it still didn’t work. I went back to repeat the process with the original regulatory elements, and I could not get it to work a second time, no matter what I did, no matter how much troubleshooting. Eventually, I had to just let it go because I was sinking so much time into it. The EdU labeling still made it into the paper with the required replicates but as a downsized panel. It worked out okay, but I was disappointed since I was planning for a stringent and beautiful final figure.

What are the most exciting advances in this field? Have any of them been submitted to the Methods Collection yet?

Single-cell sequencing methods are trendy in a lot of research fields, but they are particularly exciting for retinal development research. At any given developmental time point in the retina, there is a mixture of progenitor and mature neurons, and even within the progenitor population, cells are not homogenous. With single-cell methods, we can follow individual cells throughout their development, track the genes they express, and learn what each progenitor cell is eventually going to become. Seth Blackshaw’s group at Johns Hopkins has submitted an abstract to the collection on a single-cell method, which I think is going to be a great article. My colleagues have worked with this type of data, and it seems that the analysis methods for single-cell protocols really aren’t standardized yet.

Another submission I’m excited about is from Masaru Nakamoto’s group at Valparaiso University on a knockout method for the chick retina. The chick has a great history as a developmental model, but it is unpopular as a retinal development model, partly because the genetic tools are not as well established as in the mouse. I came from a chick lab and my colleague, Miruna Ghinia-Tegla, recently published a CRISPR knockout method for the chick retina. The knockout method submitted to the collection is unrelated, but it was exciting to see that other groups are developing resources to use the chick as a model for retinal development.

What advice would you give to early-career researchers interested in retinal development?

Think about the people you want to work with. I was lucky in my Ph.D. that I had an advisor that was willing to let me take a big leap and study an unusual model- the thirteen-lined ground squirrel. It had been studied extensively in electrophysiology research, but its retinal development was a complete mystery. I had an advisor that was supportive and willing to say, “Well, let’s see where this goes.”

To learn more about submitting a manuscript to this Methods Collection, please see the collection website.

If you are interested in becoming a guest editor, propose a new Methods Collection here or get in touch with us at editorial@jove.com. 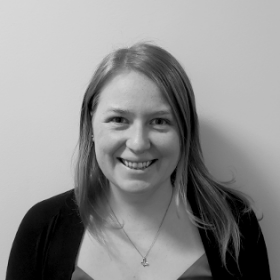