Every Colored Dot in This Photo Is a Cell. How Was it Made?

You might have heard of Pointillism: a genre of art pioneered in the 1880s, in which colored dots are shaped into beautiful patterns. The image above could easily be a modern example of this classic genre — except that the colored dots in the image aren’t actually made of paint.

This technique is called cell micropatterning, and Cabral and her colleagues at the University of California (Berkeley and San Francisco) have recently published a video article in JoVE Journal to demonstrate a simple, affordable way to do it.

However, creating beautiful images isn’t all this technique is useful for. By patterning cells into specific shapes, researchers can build engineered tissue. It also allows researchers to study cell–cell interactions, notes Cabral.

For those wishing to learn the method or see exactly how this photograph was created, a step-by-step video demonstration of their method will soon be available on jove.com.

“The way that I handle the slides, especially the step when I remove the patterned tissues, takes manual dexterity and practice to do successfully,” says Katelyn. “By having video of my hands, people who are trying this protocol will have a visual reference for these steps.”

The text version of the article, titled “Simple, Affordable, and Modular Patterning of Cells using DNA”, is available to read here. 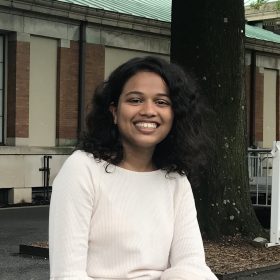