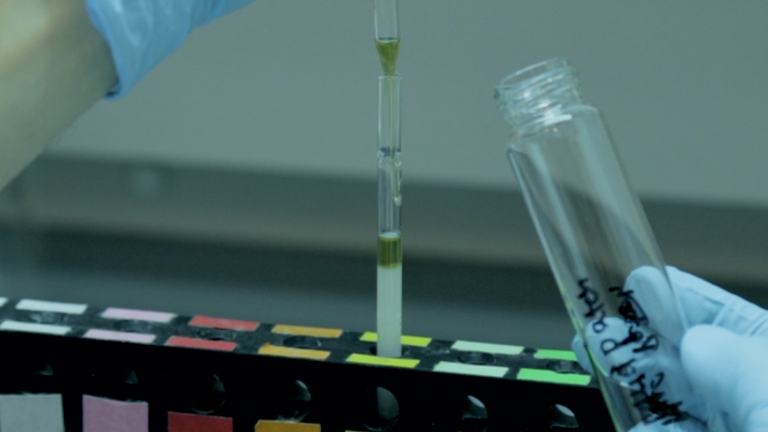 Weather refers to conditions occurring in the atmosphere over short periods of time and is influenced by the interactions between the sun, atmosphere, ocean, and the land.

Solar energy enters the atmosphere and is absorbed by the land and surface water which then emit infrared thermal radiation warming the air.

Less dense warm air near the earth's surface then rises creating vertical currents into the upper atmosphere which has lower pressure. As a result, the air becomes cool and more dense causing it to fall again, a process called convection circulation.

This local atmospheric process combined with the dynamic tilt of the earth towards the sun create changes in pressure, atmospheric temperature, and rainfall each day, week, and month. Thus, these factors vary and depending on where you are on the earth's surface, the weather is different.

Weather refers to the current state of atmospheric conditions at a specific time and place. Weather is temporary and is influenced by the interactions between the sun, atmosphere (gases around the Earth), hydrosphere (the water bodies of the Earth), and geosphere (the land portion of the Earth). As all of these factors differ across location and time, different weather can be observed across the planet.

Solar Radiation and the Greenhouse Effect

Warm air is less dense than cold air, so warm air rises. Rising air creates vertical currents into the upper atmosphere, which has lower atmospheric pressure. As the air gets further away from the source of thermal radiation, it begins to cool, becomes denser, and falls again. This process is known as convection circulation.

Weather is typically measured by six parameters: temperature, atmospheric pressure, wind, humidity, precipitation, and cloudiness. Meteorologists measure these conditions and predict the weather of the near future based on trends of past observations. For example, atmospheric pressure reflects the weight of the atmosphere above. High pressure is usually associated with cooler temperatures and clear skies, while low pressure is associated with warmer weather and storms. Observing a drop or a rise in atmospheric pressure allows meteorologists to make short term predictions if you should bring an umbrella or expect a sunny day.

Extreme weather events include heat waves, cold waves, hurricanes, tornadoes, droughts, and floods. These events are often sudden and are, therefore, harder to predict. Extreme weather events are typically described in relation to conditions observed in the historical distribution for a given location. Using these historical records, research has indicated that anthropogenic climate change has led to an increase in the frequency and intensity of daily temperature and precipitation extremes. Additionally, climate models indicate that with climate change, Earth will experience more extreme weather such as persistent summer weather extremes in northern latitudes.