Isomers are compounds with the same molecular formula but a different structural arrangement. Each isomer has distinct physical and chemical properties. In coordination compounds, one type of isomerism observed is structural isomerism.

In structural isomerism, the connectivities of the atoms to the central metal atom are different despite the same molecular formula. It can be further categorized into coordination-sphere isomers and linkage isomers.

In the coordinate complex of cobalt, two coordination-sphere isomers are possible with either bromine as a ligand or chlorine. As the composition of the compound is different, each of these isomers has different chemical properties. When dissolved in water, pentaamminebromocobalt(II) chloride generates chloride ions, while the pentaamminechlorocobalt(II) bromide generates bromide ions in the solution.

Linkage isomerism, on the other hand, occurs when a ligand can coordinate with the central metal atom in two different orientations. Thus, monodentate ligands with more than one potential donor atom are capable of linkage isomerization. Depending on which donor atom coordinates with the metal ion, the name of the ligand changes.

The nitrite ion has two lone pairs of electrons, one on the nitrogen atom and one on the oxygen atom. Either of these can form a coordinate covalent bond with the central metal ion.

Isomers are different chemical species that have the same chemical formula. Structural isomerism of coordination compounds can be divided into two subcategories, the linkage isomers and coordination-sphere isomers. 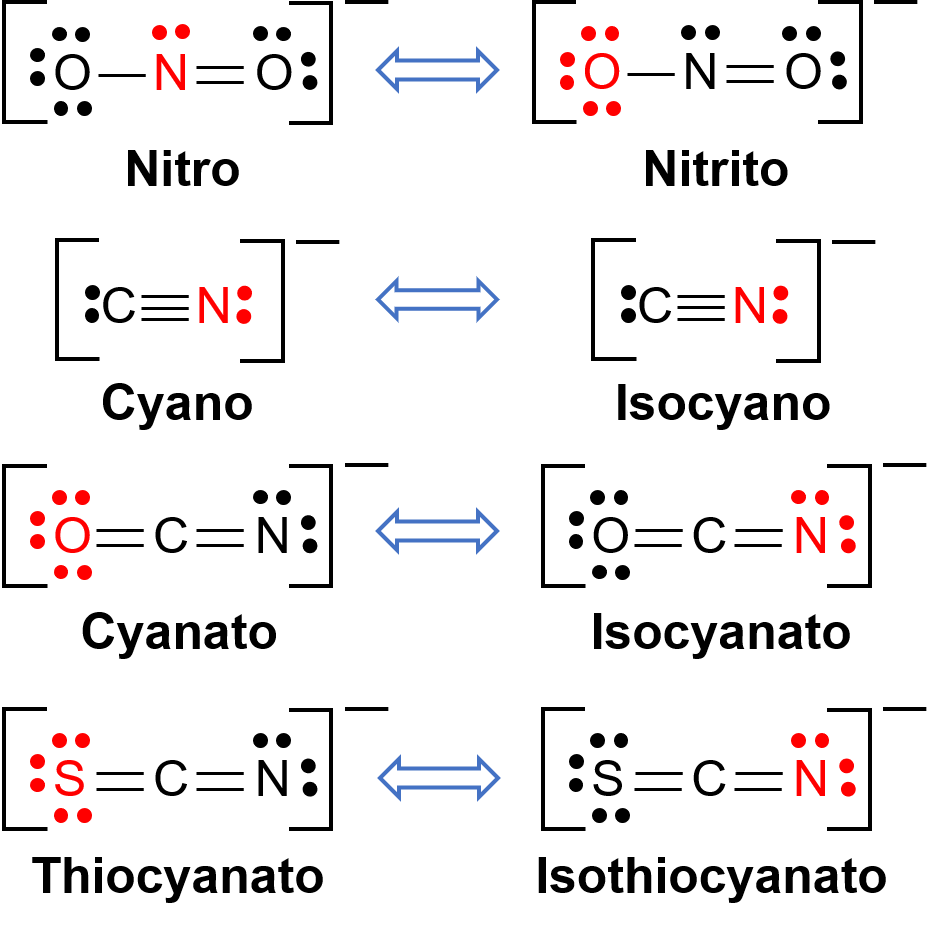 Figure 1. List of different ligands capable of linkage isomerism. In the ligand molecule, the atom in the red binds to the central metal atom.