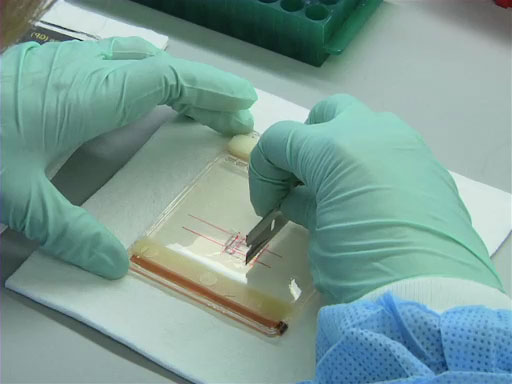 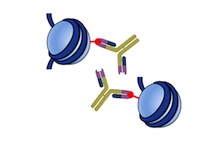 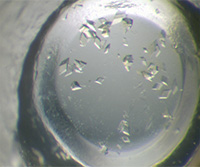 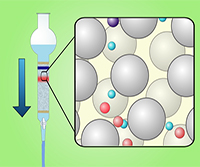 Co-immunoprecipitation (CoIP) and pull-down assays are closely related methods to identify stable protein-protein interactions. These methods are related to immunoprecipitation, a method for separating a target protein bound to an antibody from unbound proteins. In CoIP, an antibody-bound protein is itself bound to another protein that does not bind with the antibody, this is followed by a separation process that preserves the protein-protein complex. The difference in pull-down assays is that affinity-tagged bait proteins replace antibodies, and affinity chromatography is used to isolate protein-protein complexes.

This video explains CoIP, pull-down assays, and their implementation in the laboratory. A step-by-step protocol for each technique is covered, including the reagents, apparatus, and instruments used to purify and analyze bound proteins. Additionally, the applications section of this video describes a procedure to study how myxovirus proteins inhibit influenza nucleoprotein, an investigation into the role of calcium ions in calmodulin via a pull-down assay, and a modified pull-down assay for characterizing transient protein interactions.

CoIP and pull-down assays are variants of immunoprecipitation, a method for selectively isolating a protein species from a complex solution. In an immunoprecipitation experiment, an antibody specific to a target protein is allowed to form an immune complex with that target in the sample. The complex is then captured on a solid support, typically protein A bound to a sepharose bead. Any proteins not captured are removed by centrifugation steps. The protein is then released from the antibody and solid support by boiling in reducing SDS-PAGE sample-loading buffer.

Pull-down assays are similar to co-immunoprecipitation, differing only in the use of a "bait" protein, as opposed to an antibody. Through molecular biology techniques, this bait protein is engineered with an affinity tag, such as a series of histidine residues. These affinity tags are described in "Chromatography-based Biomolecule Separations." The protein is then captured on an immobilized affinity ligand specific for the tag. The captured protein is then incubated with a sample that contains proteins that form complexes with the "bait". The protein complex is released from the affinity support by washing with a solution containing a competitive analyte specific for the tag on the "bait" protein. Pull-down assays are useful for confirming protein interactions predicted by co-immunoprecipitation, and for discovering unknown protein interactions.

Now that the principles of co-immunoprecipitation and pull-down assays have been discussed, let's look at their laboratory procedures.

First let's discuss co-immunoprecipitation. To a series of microfuge tubes, the following is added: PBS buffer, and a 50% solution of protein A-sepharose, a resin-protein complex that binds to the antibody. The microfuge tubes are rotated to ensure proper distribution, and then the resin is washed with additional PBS buffer. Cell lysate, containing the desired protein, and 2 μg of antibody are added to the microfuge tubes, and the mixture is rotated for 1 h at 4 °C. The beads are pelleted by centrifugation, the supernatant is discarded, and the beads re-washed three times with buffer to remove non-bound protein. The beads containing the antibody-protein complex are in reducing SDS-PAGE sample-loading buffer, for removal of the complex from the antibody and for analysis by SDS-PAGE and immunoblotting.

Now we will discuss the procedure for pull-down assays: The "bait" protein is expressed in a plasmid with the appropriate affinity tag. After reaching log-phase growth, the cells are lysed, and then centrifuged. Suspended streptavidin-sepharose beads, which capture biotin-tagged "bait" protein, are pipetted into a microfuge tube. The beads are then centrifuged and the supernatant carefully removed by aspiration. The beads are then washed with buffer, centrifuged, and the supernatant removed.

Now that we've reviewed the procedures, let's look at some of the useful applications of co-immunoprecipitation and pull-down assays.

Pull-down assays have proven useful in studying the effects of second messengers, which are proteins that communicate a signal from the cellular environment. They are a component of a signaling pathway where multiple proteins interact in response to environmental cues. Calcium ions act as secondary messengers by binding to calmodulin, which, in turn, binds to a wide variety of proteins, mediating many types of biological responses. Without the calcium, the protein can't bind to the calmodulin. A pull-down assay was conducted to test the ability of proteins to bind to calmodulin in the presence or absence of calcium ions.

Co-immunoprecipitation and pull-down assays are generally used for analyzing stable or strong protein interactions, but not transient ones. A recent development in pull-down assays, the HaloTag, has simplified the study of transient protein interactions; HaloTag is a genetically-encoded protein fusion tag, fused to the protein of interest, capable of chemically reacting with a haloalkane solid support. If functional analysis is desired, the protein complex, minus the tag, in its entirety could then be isolated by incubating with tobacco etch virus protease.

You've just watched JoVE's video on co-immunoprecipitation and pull-down assays. This video described the principles of the two methods, the general laboratory procedures, and some of their applications.