One of the challenges in measuring an experimental variable is identifying the technique that will produce the more accurate measurement. The most common way to measure a dependent variable is self-report—asking the participant to describe his/her feelings, thoughts, or behaviors. Yet, people may not be honest. To truly know something about a participant, it may be necessary to see what they actually do in a situation.

This video uses a multi-group experiment to see if feeling close to others results in more favorable attitudes toward environmental consciousness measured both by self-report and behavioral observation.

Psychological studies often use higher sample sizes than studies in other sciences. A large number of participants helps to better ensure that the population under study is better represented, i.e., the margin of error accompanied by studying human behavior is sufficiently accounted for. In this video, we demonstrate this experiment using just one participant. However, as represented in the results, we used a total of 186 participants to reach the experiment’s conclusions.

Psychologists study many aspects of behavior by asking participants to report their own feelings or by directly observing their performance on specific tasks.

Here, psychologists compare two forms of measurement, self-report and behavioral observation, to see if participants’ feelings reported through a survey correlate with their actual behavior.

This video demonstrates how to design, conduct, analyze, and interpret an experiment that investigates whether feeling close to others results in more favorable attitudes toward recycling.

Participants are then asked to view slides in which five pictures of people, animals, or non-living household items are shown, according to their group assignment. They are all then given the same two surveys to complete.

The first survey involves self-reported measures regarding environmental practices for protecting the natural world, whereas the second survey serves as a distraction while the researcher creates a scene for participant observations.

In this scene, the researcher pretends to eat lunch out of the participant’s sight. The meal includes a variety of recyclable and non-recyclable items.

After participants finish the second survey, they are asked to help clear off the table where lunch was eaten while the researcher steps away.

The dependent variables, the values reported on the first self-report survey and the number of items that each participant recycled when clearing the lunch table, are compared.

Participants in the Feeling Close to People group are hypothesized to have more favorable attitudes towards recycling and would recycle more items compared to the other groups.

To begin the study, meet the participant in the laboratory. Provide them with informed consent and discuss the overall procedure of the experiment.

To assure that participants pay attention to the images, have each one write down how close or connected they feel to each image on a scale of 1 to 10.

After the participant views the images, hand them two surveys and instruct them to take a minute to consider each question and indicate how they feel.

While the participant fills out the second survey, pretend to eat lunch out of their sight.

After the participant completes the last survey, ask them to help clear off the lunch table while you prepare for the next part of the study. Have them place garbage into the garbage bin and recyclable items in the recycling bin.

When the participant finishes, record how many items were correctly placed into the recycling bin.

To analyze the data, first calculate the participants’ recycling attitude score for each condition by averaging the ratings from items 3, 5, and 7 on Survey 1. Note that the other items on this survey, as well as the second survey with yes or no questions, serve as distractors. Graph the mean recycling attitude by condition.

Notice that those in the Feeling Close to People condition indicated that they cared more about recycling than controls.

To determine the observed behavioral score, average the number of items that were counted as being correctly recycled for each condition. Graph the means across conditions. Notice that no significant differences were observed between groups.

Notice that participants who reported favoring attitudes towards recycling did not actually engage in the behavior. In other words, participants’ feelings were not correlated with their observed behaviors.

Now that you are familiar with how to compare self-report surveys against actual observed behavior, you can apply this approach to other forms of research.

Several studies have emphasized the importance of measuring behavior over the use of self-reports to better understand emotion. The most thorough studies collect data from a set of questionnaires, as well as correlate the answers with results from a goal-oriented behavioral task.

In addition, individuals with an addiction, such as cigarette smoking, do not always provide reliable answers to self-report questions. Researchers must use alternative methods, such as fMRI or PET imaging, to better understand smoking behavior.

Finally, self-report questionnaires about sleep are only as informative as the individual’s memory or awareness of their sleep behavior. Therefore, using polysomnography to observe participants during sleep is especially useful when trying to understand abnormal occurrences.

You’ve just watched JoVE’s introduction to compare and contrast measurements of self-reporting and observed behavior. Now you should have a good understanding of how to design and conduct this type of study by administering surveys and directly monitoring behavior, as well as how to analyze and interpret the results. 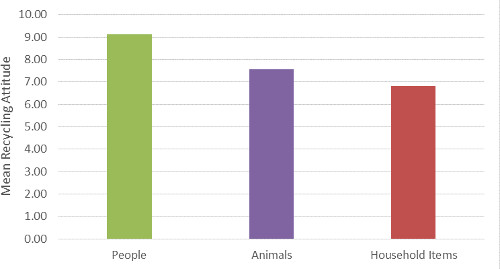 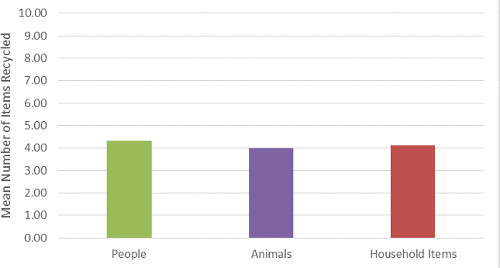 Figure 2. Average number of properly recycled items by condition. Means were calculated from researcher’s observations of items placed in the recycling bin.

This multi-group experiment shows how participants’ feelings measured via a survey may not match up exactly with how they behave. In this case, participants reported more favorable attitudes (especially in the feeling-close-to-people condition), but when it came time to actually recycle, participants did not engage in the behavior.

Several papers have emphasized the importance of behavioral measures, including Baumeister et al. and Lewandowski and Strohmetz.2,3 In each case, the key take away was that what a person actually does is more revealing than what the same person claims they will do. Though more challenging, measuring behavior is more informative. 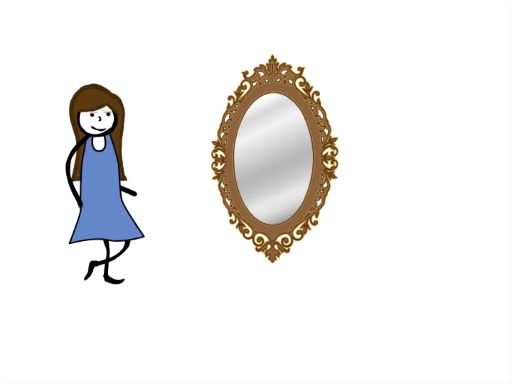