A multi-group design is an experimental design that has 3 or more conditions/groups of the same independent variable. This video demonstrates a multi-group experiment that examines how different interethnic ideologies (multiculturalism and color-blind) influence feelings about diversity and actions toward and out-group member. In providing an overview of how a researcher conducts a multi-group experiment, this video shows viewers how to distinguish levels in variables, common types of conditions/groups to use (including placebo and empty-control conditions/groups), the process of conducting the study, the collection of results, and the consideration of their implications.

6. Measuring the dependent variable (attitudes toward an outgroup member)

Table 1. Point distribution based on seat choice. More points are given to the chair chosen near the outgroup member’s belongings.

Choosing the correct experimental design is essential to answer the specific scientific question at hand.

In an experiment, researchers are concerned with variables—what changes. For instance, the researcher manipulates the independent variable to detect possible differences amongst participants.

Using a multi-group approach, this video demonstrates how to design levels of variables and conduct the study, as well as how to analyze data and interpret participants’ attitudes towards complex ethnic interactions.

In this multi-group experiment, participants are randomly assigned to one of four conditions: Colorblind, Multicultural, Control, or an Empty-Control group.

Two of the groups, Colorblind and Multicultural, are considered main experimental conditions, in which participants are unknowingly exposed to diverse perspectives through a word search task that focuses on shared similarities or appreciative differences.

For the word search task, participants are given words that relate to the attitudes of their assigned conditions. For example, colorblind words include: equality, unity, sameness, similarity, and blind; multicultural words include: culture, variety, difference, diversity, and multi; and control words include: practical, relaxed, logic, creativity, and friendship.

In addition, all of the word searches contain the same five distractor words: flowers, stars, artistic, world, and music. The distractors are included to prevent participants from guessing what the true nature of the study is—a concept referred to as hypothesis guessing.

Following the word search task, all participants are handed a photograph of someone they think will help them complete additional tasks when they return. In reality, the photograph represents a member of a social group with whom the participant does not identify—the outgroup member.

The dependent variable—the participants’ attitudes toward the outgroup member—is then quantified by how close they choose to sit near their supposed partner’s belongings. Note that the outgroup member never makes a physical appearance.

In this case, choosing to sit closer represents a more positive attitude towards the outgroup member versus sitting farther away.

To conduct the study, create three different word searches that consist of five words associated with colorblind, multicultural, or mundane attitudes. Make sure that each search includes the same five distractor words.

Randomly organize the word searches inside packets to ensure that participants’ assignments are entirely based on chance and not any preconceived assumptions about the participant. Note that the packet for the Empty-Control group is indeed empty.

In an adjoining room, set up eight chairs. Place the outgroup member’s belongings on the far left chair, giving the participant seven seats to choose from.

To begin the experiment, meet the participant at the lab. Provide each participant with informed consent, which consists of a brief description of the research and procedures, and the potential risks and benefits of participating.

To assign the conditions, hand all participants a word search packet, except for those assigned to the Empty-Control group.

Once the word search is finished, escort the participant to an adjoining room. Hand each participant the same photograph of another person—the outgroup member—and tell them that they will now work together with this person on additional word search tasks upon their return.

Further explain to the participant that their partner has already arrived, but had to run out to their car to get something. Tell them to have a seat.

After participants choose their seat, walk to a different part of the room and note each one’s seat selection.

At the conclusion of the experiment, debrief participants by telling them the nature of the study.

Explain that deception was necessary to capture the participants’ natural reactions, as divulging the true intentions of the study beforehand could have influenced their behavior to meet perceived expectations.

To analyze how different perspectives influence participants’ attitudes, average the seat choice scores in each group and plot the means across the four conditions. To determine if group differences were found, perform an analysis of variance comparing the four groups.

Note that those in the multicultural group sat closer to the outgroup member, which translates to a higher attitude score. Thus, the exposure to the multicultural ideology led to the most favorable attitude as compared to all other conditions.

Now that you are familiar with multiple group designs, let’s take a look at how other researchers manipulate conditions to maximize experimental control.

Similarly, a multiple group design would be necessary to determine the optimal dose of a medication that achieves the desired outcome without side effects.

A multi-group design is also beneficial to test whether participation in a dance class relieves depression symptoms. In this case, adding a group exposed to social interaction without dancing controls for a potentially confounding variable—the inadvertent social interaction derived from the class.

After collecting data from 88 people, perform a one-way analysis of variance (ANOVA) comparing the four conditions/groups (multicultural, colorblind, control, and empty control) to see how they influenced attitudes toward the outgroup member. As shown in Figure 1, those in the multicultural group had the most favorable attitude compared to all other conditions. 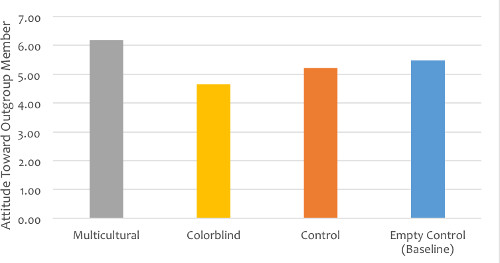 Figure 1. Mean attitudes toward outgroup member by interethnic ideology condition. The attitudes were based on the averages of seating choices.

The results of this study replicate previous research showing the benefits of a multicultural perspective. This study adds to existing literature by showing how it can be manipulated in a non-explicit way and can influence an overt behavior like choosing where to sit.

Considering the potential benefits of seeing others’ differences, it is easy to see how this might apply in a variety of contexts such as attitudes toward sexual minorities, anti-bullying efforts in schools, divorce mediation, and perhaps even in international relations. It also suggests a more general need to recognize and appreciate differences rather than ignoring or avoiding them. 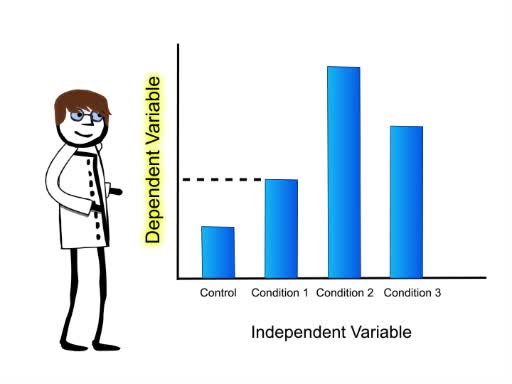