Children have many tools they use over the course of development to learn from adults. Perhaps the earliest tool is imitation, simply copying what they see an adult do or say. However, children actually learn much more effectively than one might expect if they were only imitating. This is because, when it comes to learning and teaching, children and adults have a special relationship. Children treat adults as if they are helpful and knowledgeable teachers, and adults teach children information in a manner that is usually efficient and effective. Through these interactions, children can learn much better than if they were simply using trial-and-error or copying adults exactly. This way of interacting is referred to as natural pedagogy, and it is one of the reasons that young humans are gifted learners.

One of the most impressive aspects of natural pedagogy is that no one teaches adults how to be good teachers, and children treat adults as teachers without having to be trained to do so. However, natural pedagogy also entails costs. Children are curious and intrinsically motivated to explore, so children do some of their best learning when given opportunities to learn and explore on their own. Thus, the result of natural pedagogy is that children learn information taught to them very effectively, but explicit teaching restricts their curious, exploratory behaviors. There is a tradeoff between efficient learning and self-driven exploration.

This video demonstrates the method by which Elizabeth Bonawitz, Patrick Shafto, and colleagues1 showed the effects of natural pedagogy on young learners.

Recruit approximately 40 healthy 4-year-olds with no history of developmental disorders. For the purposes of this demonstration, only two children are tested (one in each condition). Larger sample sizes are recommended when conducting any experiments.

Children go beyond the use of simple imitation and trial and error during the course of learning to form a special pedagogical relationship with adults.

For instance, a child might learn to tie their shoes using trial and error, but it’s much more efficient for an adult to teach them one effective method.

Without being trained to do so, children treat adults as if they are helpful and knowledgeable teachers, and adults teach children information in a manner that is usually efficient and effective. This inherent exchange of teaching and learning is called natural pedagogy.

However, if pedagogical contexts encompass the dominant approach for learning, this could limit a child’s curiosity and independent motivation to learn on their own, without additional instruction. That is, since the teacher did not show them anything else on the playground, the child may assume that there is nothing further to learn.

Based on methods developed by Elizabeth Bonawitz, Patrick Shafto, and colleagues, this video demonstrates a simple approach for how to design and conduct an experiment investigating the effects of natural pedagogy in young children, as well as how to analyze and interpret results on the benefits and limits of teaching.

In this experiment, 4-year old children are placed into one of two groups, where they are asked to play with a toy with four different hidden functions—including a bug that flashes when it’s pressed.

For the baseline condition, each child is shown the toy without any of the hidden functions demonstrated, which is considered a test of self-directed exploration.

In contrast, in the pedagogical condition, children are shown the toy, accompanied by a demonstration of how one of the its functions works, such as making it squeak.

In this case, the dependent variable is the number of hidden functions that are discovered on the toy.

Before the experiment begins, construct a novel device with four different and non-obvious functions that will engage a child’s attention, such as a hidden button that makes a light come on, a squeaker, a bug that flashes when pressed, and a turtle hidden in a pipe.

When the child arrives, first sit them in a quiet space.

Randomly assign them to one of two conditions: in the baseline condition, show the toy to the child and simply look at it. In the pedagogical condition, demonstrate how one function of the toy works, such as making it squeak.

During the testing session, use a video camera to record the child’s interactions. Once recording has started, give the toy to each child and ask them to see if they can figure out how it works. Leave them alone to play, and have them indicate when they are finished.

When the child stops playing with the toy for a 5-s period, end the experiment.

Once the study is finished, assign two independent coders who are blind to the conditions to view all videos and count the number of hidden functions discovered by each child. For the purpose of scoring, the squeaker used in the demonstration is not considered a hidden function.

Each child may receive a score between 0—discovered no functions—and 3—discovered all of the functions.

To analyze the data, perform a t-test to determine if any differences exist in the number of discovered functions between conditions.

Notice that children in the pedagogical condition, who were taught about the device, focused primarily on the function shown to them, compared to children in the baseline condition. This finding suggests that teaching children focuses their attention on the communicated information and meaningfully limits their exploration and curiosity.

Now that you are familiar with designing a psychology experiment to observe natural pedagogy in children, let’s consider how the findings demonstrate a delicate balance between situations when teachers should teach or allow children to explore on their own.

By engaging in self-directed exploration and free-play, children are exposed to a wide range of educational opportunities, including how to solve problems and even learn about scientific processes—like metamorphosis.

However, in the broader context of learning, situations exist where exploration is inefficient or even problematic and slows learning down. For example, there are only a few ways to perform long division, and it is much easier for a child to learn a method from a teacher than to discover one on their own.

You’ve just watched JoVE’s introduction to the costs and benefits of natural pedagogy. Now you should have a good understanding of how to design and conduct the experiment, and finally how to analyze and interpret the results.

Children in the pedagogical condition typically discover fewer of the hidden functions of the device than children in the baseline condition (Figure 1). Children taught about the device also usually spend less time playing with it, and they focus their play on the function taught to them by the experimenter, even if they discover other functions. Taken together, these findings suggest that teaching children focuses their attention on the communicated information and meaningfully limits their exploration and curiosity. They engage with the device in a more focused and limited way than children who learn about the device on their own. 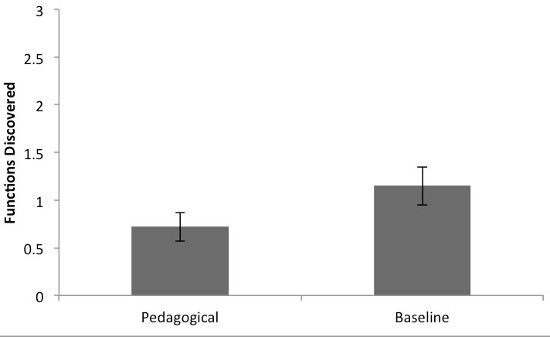 Figure 1. The average number of toy functions discovered by children across conditions.

This experiment demonstrates that there is value in letting children explore their world on their own, and that explicitly teaching children can meaningfully limit their curiosity in some situations. In particular, there is a growing body of evidence that children can learn as effectively, if not more effectively, through free play and self-directed exploration than through explicit instruction. That said, teaching is not always a bad thing, and these results must be considered in the broader context of children’s learning. Sometimes it is helpful for a person to explore and discover things on their own, but there are also many situations where such exploration is inefficient or even problematic. For example, there are many situations where such exploration only slows learning down, such as learning how to tie shoes or perform long division. These findings demonstrate that teachers must carefully consider when to teach and when to allow children’s natural curiosity to guide their learning. 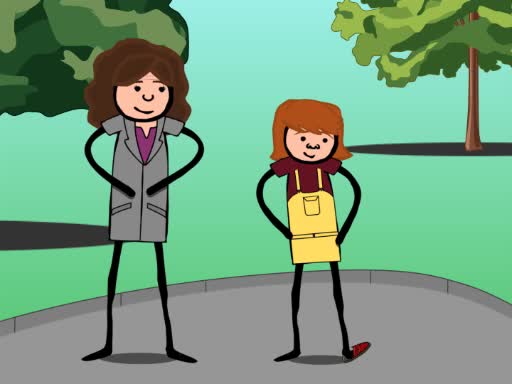