An explosion of functional Near Infrared Spectroscopy (fNIRS) studies investigating cortical activation in relation to higher cognitive processes, such as language1,2,3,4,5,6,7,8,9,10, memory11, and attention12 is underway worldwide involving adults, children and infants 3,4,13,14,15,16,17,18,19 with typical and atypical cognition20,21,22. The contemporary challenge of using fNIRS for cognitive neuroscience is to achieve systematic analyses of data such that they are universally interpretable23,24,25,26, and thus may advance important scientific questions about the functional organization and neural systems underlying human higher cognition.

Existing neuroimaging technologies have either less robust temporal or spatial resolution. Event Related Potentials and Magneto Encephalography (ERP and MEG) have excellent temporal resolution, whereas Positron Emission Tomography and functional Magnetic Resonance Imaging (PET and fMRI) have better spatial resolution. Using non-ionizing wavelengths of light in the near-infrared range (700-1000 nm), where oxy-hemoglobin is preferentially absorbed by 680 nm and deoxy-hemoglobin is preferentially absorbed by 830 nm (e.g., indeed, the very wavelengths hardwired into the fNIRS Hitachi ETG-400 system illustrated here), fNIRS is well suited for studies of higher cognition because it has both good temporal resolution (~5s) without the use of radiation and good spatial resolution (~4 cm depth), and does not require participants to be in an enclosed structure27,28. Participants cortical activity can be assessed while comfortably seated in an ordinary chair (adults, children) or even seated in mom s lap (infants). Notably, NIRS is uniquely portable (the size of a desktop computer), virtually silent, and can tolerate a participants subtle movement. This is particularly outstanding for the neural study of human language, which necessarily has as one of its key components the movement of the mouth in speech production or the hands in sign language.

The way in which the hemodynamic response is localized is by an array of laser emitters and detectors. Emitters emit a known intensity of non-ionizing light while detectors detect the amount reflected back from the cortical surface. The closer together the optodes, the greater the spatial resolution, whereas the further apart the optodes, the greater depth of penetration. For the fNIRS Hitachi ETG-4000 system optimal penetration / resolution the optode array is set to 2cm.

Our goal is to demonstrate our method of acquiring and analyzing fNIRS data to help standardize the field and enable different fNIRS labs worldwide to have a common background.

Part 1: Prior to participant arriving to the lab

Another component of the analysis method that enables consistent data interpretation is the standardization of fNIRS recording protocol. This entails optode placement, participant positioning, and triggering of stimulus presentation software. Both the accurate neuro-anatomical placement of probes and the confirmation of regions of interest (ROIs) are achieved by using the 10–20 system3,4,30. Further, stereotactic localization of the probe array was confirmed on the participant's skull by overlaying 3D tracking information from a Polhemus Fast trak system onto an anatomical MRI co-registration scan of the participant conducted with vitamin E capsules placed at each probe location3,4.Optimal participant positioning involved placing participants comfortably in a reclining chair, with fiber optics hanging loosely without contact with the body or chair.

Once all of the data have been collected, the participant is thanked for their time and willingness to participate and leaves the lab. As analysis is not done on the fNIRS Hitachi ETG-4000, as, instead, the data are exported to an analysis computer.

λ1∈deoxy, λ1∈oxy, λ2∈deoxy and λ 2∈oxy are the constants for the extinction coefficients that measure the fraction of light lost to absorption per unit concentration distance in the tissue. The resultant Cdeoxy and Coxy values are the concentrations of deoxygenated and oxygenated hemoglobin for each t.

Bad results are usually in the form of optodes not properly seated on the scalp or excessive movement. These types of noise – called, 'Flatling' – are evident in the signal as the microvolt values saturate and a number of different channels, both oxy- and deoxy- response move in a coordinated fashion.

Statistical Analyses: The extracted oxy and deoxy-hemoglobin values for each channel, for each participant and for each task can then be submitted to conventional statistical analysis, including t-tests, ANOVAs, correlations etc.

In this study, we demonstrated the use of a novel, non-invasive fNIRS brain imaging technology to investigate human brain function in relation to human cognition and perception. fNIRS brain imaging may represent the future of non-invasive brain imaging, particularly with infant and child populations, that may one day be widely available in research labs, physicians' offices, and in the school systems allowing clinicians to apply basic scientific findings about the brain to their clinical practice. 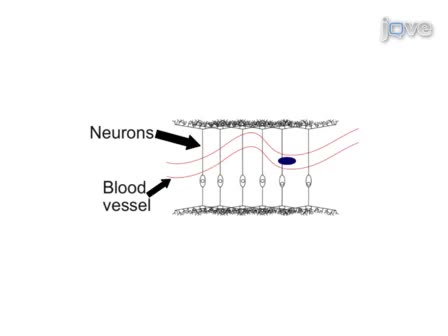