A technique for isolating portal fibroblasts from rat liver is described. Livers are perfused and digested in situ with collagenase, followed by ex vivo digestion of the liver slurry and size selection of cells. This method provides a pure population of portal fibroblasts without the need for passage in culture.

Portal fibroblasts have been isolated using various techniques including outgrowth 6, 7 and liver perfusion with enzymatic digestion followed by size selection 8. The advantage of the digestion and size selection technique compared to the outgrowth technique is that cells can be studied without the necessity of passage in culture. Here, we describe a modified version of the original technique described by Kruglov and Dranoff 8 for isolation of portal fibroblasts from rat liver that results in a relatively pure population of primary cells.

The entire procedure is carried out at room temperature unless otherwise specified.

3. Perfusion of the Liver

4. Preparation of the Biliary Tree

5. Isolation of the Portal Fibroblast Fraction

Primary portal fibroblasts isolated from adult rat liver are shown at 1, 3 and 7 days after isolation (Fig. 3). Notice that the cells are elongated, with morphology typical of fibroblasts. Cells can be stained with anti-elastin antibody (CL55041AP, Cedarlane Labs, Burlington, NC) to confirm purity. Portal fibroblasts undergo myofibroblastic differentiation in culture. This can be demonstrated by immunostaining for α-smooth muscle actin (α-SMA; A2547, Sigma, St. Louis, MO). 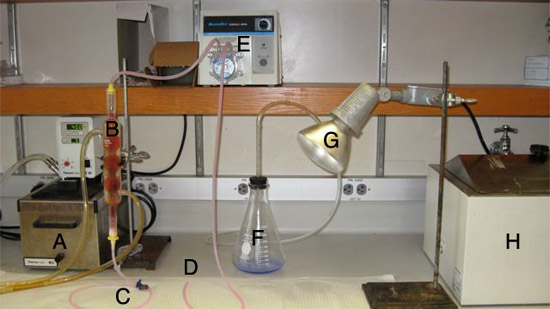 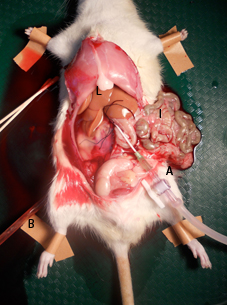 Figure 2. In situ perfusion. A. IV catheter inserted into the portal vein, secured with suture and connected to the perfusion tubing via stopcock. B. Glass pipette connected to vacuum flask and wall suction to remove perfusion fluid draining out of transected IVC. I. Intestines. L. Liver. 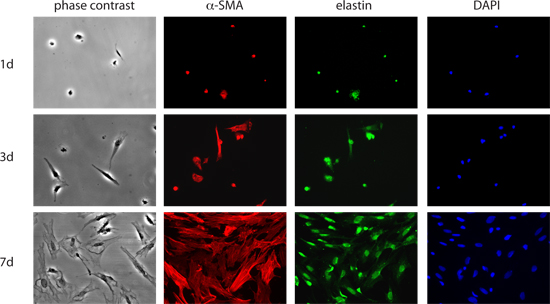 Figure 3. Phase contrast and immunofluorescence stain of rat portal fibroblasts in culture. Portal fibroblasts cultured for 1, 3, and 7 days after isolation were fixed and stained for elastin, α-SMA and DAPI.

Portal fibroblasts play an important role in biliary fibrosis. Here we describe a modification of the original protocol published by Kruglov and Dranoff 8 for isolating portal fibroblasts from rat liver, providing a straightforward way to study this cell population in vitro.

This approach uses protease digestion and size-based filtration. The primary advantage of the method is that a relatively pure population of cells can be obtained without passage in culture, enabling the study of gene expression or functional cell behavior several days after isolation. This technique also offers the potential for isolating cells from both healthy and diseased livers.

One of the most critical steps in this protocol is the enzymatic digestion of the hepatic parenchyma. To ensure successful digestion, it is important to confirm that blood is completely drained out of the liver during the initial perfusion by making sure that there is even blanching of the liver. To facilitate this, it is possible to use a cotton swab to gently massage the liver while perfusing. Over-digestion of the liver parenchyma results in a low yield of viable cells, while under-digestion will make it difficult to separate the liver parenchyma from the biliary tree. Since preparations of pronase have variability in enzymatic activity between different lots, optimization of the amount used may be needed when there is low yield of viable cells.

This protocol may be modified for isolating portal fibroblasts from mouse liver or young rat liver by using a smaller gauge IV catheter to cannulate the portal vein, decreasing the volume of perfusion solutions in proportion to animal weight, and decreasing the liver perfusion rate to about 10 ml/min. 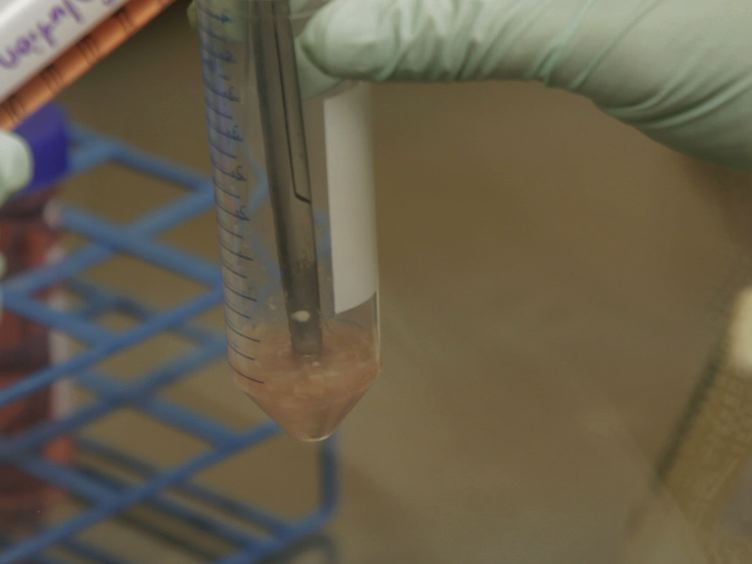