Zebrafish (Danio rerio) are small freshwater fish that are used as model organisms for biomedical research. The many strengths of these fish include their high degree of genetic conservation with humans and their simple, inexpensive maintenance. Additionally, gene expression can be easily manipulated in zebrafish embryos, and their transparency allows for observation of developmental processes.

This overview video first introduces basic zebrafish biology, including their phylogeny, life cycle, and natural environment, before presenting the features that make them so useful in the lab. A brief history of zebrafish research is also provided through a review of major discoveries made in fish, ranging from the early establishment of methods for efficient genetic screening to the discovery of novel therapeutics for human diseases such as cancer. Finally, some of the many avenues of experimentation performed in zebrafish are discussed, including immunological and developmental studies.

Danio rerio, or zebrafish, are small fish that are making a big splash in biomedical research. Zebrafish lay hundreds of eggs that develop externally, allowing scientists to perform genetic manipulations and monitor early phenotypes in a complex organism. Since they share much of their genome with humans, zebrafish research is helping us on our way to understanding and treating human disease. This video will provide an overview of the zebrafish, the features that make them great models, and some of the ways in which they are used in labs today.

Before we talk about all that fishy science, let’s get to know the zebrafish. Like mice and humans, zebrafish are vertebrates, meaning they possess a backbone.

Specifically, zebrafish are bony fish in the class Actinopterygii, characterized by the presence of bony rays in their fins. More precisely, zebrafish belong to the single largest vertebrate family: Cyprinidae, which contains over 2,400 species, including the loveable goldfish.

Danio rerio are among the smallest members of this family, with adults measuring 30 - 40 millimeters, or about 1.5 inches, long. Zebrafish get their name because they resemble zebras. No, not quite like that. The name derives from the stripes running the length of their torpedo-shaped bodies.

Zebrafish originate from the Himalayan region, where they are found in slow-moving bodies of fresh water. However, you don’t need to travel very far to find them, as Danios are hardy fish that are staples of home aquariums.

The zebrafish life cycle advances through 4 major developmental stages: Embryo, larva, juvenile and adult. The cycle begins when eggs and sperm are released by a mating pair. After fertilization, the initial stages of development progress rapidly, with embryos hatching into larvae by 3 days post fertilization, or dpf. From this point, progression into a sexually mature adult requires an additional two to three months.

Now that we know a little bit about zebrafish in the wild, let’s review why they are so valuable in the lab. First, zebrafish can be housed at high density and are simple to care for, making them less expensive to maintain than other vertebrate models.

Next, zebrafish are extremely fertile. Mature females can lay hundreds of eggs on a weekly basis.

The external development of zebrafish embryos is extremely convenient, because of the ease with which gene expression can be manipulated by microinjection techniques. Additionally, since embryos are transparent, early developmental processes can be observed within the living organism.

Importantly, zebrafish also possess a high degree of genetic conservation with higher vertebrates, including humans. The zebrafish genome contains 25 chromosomes and 1.5 billion base pairs, which is about half the size of the human genome. Nevertheless, approximately 70% of all human genes, and 80% of all known human disease related genes have at least one zebrafish counterpart.

Now that you know why zebrafish make great model organisms, let’s take a look at how they’ve earned their stripes in the lab. In the 1970s, George Streisinger pioneered the establishment of the zebrafish model. At the time, several groups were investigating the genetic basis of development in flies and worms. As a fish hobbyist, Streisinger recognized the potential of zebrafish as a vertebrate model of development. Streisinger developed techniques for making “gynogenetic” embryos, whose genetic material derives entirely from the mother, thus reducing the generation time required to obtain homozygous mutants.

It wasn’t until 1995 that Charles Kimmel and colleagues contributed a thorough characterization of normal zebrafish development to the field.

One year later, Christiane Nusslein-Volhard, Mark Fishman and Wolfgang Driever published the results of the first large-scale vertebrate genetic screen, which was conducted in Boston, Massachusetts and Tubingen, Germany. Modeled after Nusslein-Volhard’s work in Drosophila, this zebrafish screen was designed to identify genes required for embryonic development. The results included a catalog of more than 2,000 mutant zebrafish. Analysis of these mutants has since taught us a great deal about our own biology.

In 2005, Keith Cheng and colleagues cloned slc24a5: the gene responsible for abnormal pigmentation in the golden zebrafish mutant. The golden phenotype inspired Cheng’s discovery that this particular gene is required in fish and human skin cells for synthesis of the pigment melanin, and that modifications in the protein are tightly linked to natural variations in human skin color.

In 2011, researchers in Leonard Zon’s lab used zebrafish embryos to identify a novel therapeutic for melanoma. In a chemical screen, they discovered a class of drugs, including Leflunomide, that slowed the growth of cells that contribute to melanoma. Now in clinical trials, Leflunomide is but one example of the novel therapeutics likely to be discovered in high-throughput zebrafish screens.

Now that you have a feel for the value of the zebrafish model, let’s look at some of the ways in which fish are used in labs today.

To begin, zebrafish are very useful for modeling heritable human diseases. Disease states can be easily reproduced by microinjection of early embryos to alter protein expression. This can also be achieved by genetic mutants, such as this model of Duchenne muscular dystrophy, which exhibits an abnormal response to touch.

Since their innate immune system develops during the first few days post fertilization, zebrafish embryos are also useful for infectious disease research. In this study, bacteria were injected into the bloodstream, and the host response was visualized in real time using transgenic lines with fluorescent macrophages.

Thanks to their transparency, zebrafish embryos are also amenable to a cutting edge neuroscience technique called optogenetics. These researchers engineered an embryo that expresses a protein in isolated neurons, which allows them to optically activate the cell and determine its specific function in a neural circuit.

You’ve just watched JoVE’s introduction to the zebrafish, Danio rerio. In this video, we’ve demonstrated that zebrafish are a unique vertebrate model organism with many of the advantages of invertebrate systems. In the future, zebrafish are likely to play a significant role in improving our understanding of human disease and our discovery of clinically useful therapeutics. Thanks for watching! 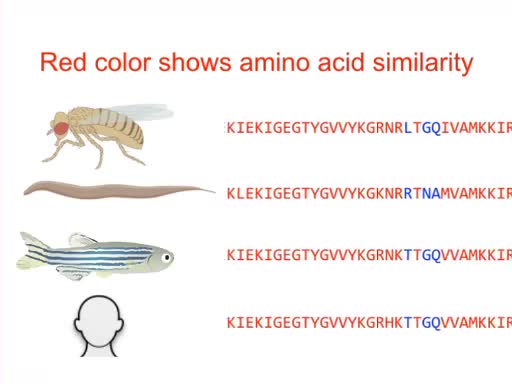