Genetic screens are critical tools for defining gene function and understanding gene interactions. Screens typically involve mutating genes and then assessing the affected organisms for phenotypes of interest. The process can be “forward”, where mutations are generated randomly to identify unknown genes responsible for the phenotypes, or it can be “reverse”, where specific genes are targeted for mutation to observe what phenotypes are produced.

Here, JoVE reviews various types of genetic screens, including those that depend on either loss-of-function or gain-of-function mutations, which respectively decrease or increase the activity of genes. We then explore general protocols for forward and reverse screens in a popular model organism, the nematode worm. Finally, we highlight how screens are applied in research today, for example to better understand gene interactions that may contribute to neurodegenerative diseases.

Genetic screens are important tools for identifying genes and mutations responsible for phenotypes of interest, and for understanding how genes function in biological processes. Screens are performed in various model systems, including flies, worms, plants, and cell culture, and have led to the discovery of new cellular pathways and potential drug targets for human diseases.

This video will provide an overview of the different types of genetic screens, explain two general protocols for screens in nematode worms, and show some ways screens are being applied in labs today.

First, let’s take a look at what genetic screens are and what we can learn from them.

Genetic screens are based upon either forward or reverse genetics. In a forward or “classical” genetic screen, mutations are randomly generated in an organism’s DNA using radiation or chemicals known as mutagens. Additional bases may also be inserted into DNA using, for example, sequences known as transposons, which can integrate at different positions within the genome and disrupt the function of genes into which they insert. These types of insertions are often coupled with fluorescent reporters to enable direct detection of mutated organisms. When a mutant is found to display a phenotype of interest, the unknown gene that was mutated can then be mapped to a chromosome and sequenced.

The opposite approach to screening is a reverse genetic screen, where researchers disrupt the expression of many candidate genes, and then look for mutant phenotypes resulting from these manipulations.

In addition to “loss-of-function” mutations that disrupt a gene’s activity, genetic screens can also be based on “gain-of-function” mutations, which cause a gene’s expression or functionality to increase. This can be achieved by randomly inserting gene regulatory elements into the genome, which would drive the overexpression of a gene that the element inserts upstream of.

Alternatively, in a method called “expression screening,” researchers make use of libraries of plasmids that contain the protein-coding sequences of various genes, and introduce them into cells where the genes will be highly expressed. Resulting phenotypes can then be used to understand gene function.

In contrast, enhancer screens identify additional mutations that increase the severity of a mutant phenotype. These can be helpful for determining genes that are redundant or may functionally interact. If the combination of two or more mutations results in severely impaired growth or even death, the condition is called “synthetic sickness or lethality.” A screen for synthetic sick or lethal mutations reveals genes that function in redundant, but essential, biological pathways. This is especially useful, for example, in identifying multiple gene products that can be simultaneously targeted with drugs to kill cancer cells.

Now that you understand some common genetic screening strategies, let’s look at a general protocol for a forward screen in a popular model organism, the nematode worm.

In this example, chemical mutagenesis will be carried out with ethyl methanesulfonate or EMS, which works by chemically modifying guanine nucleotides, causing them to pair inappropriately with thymine in subsequent rounds of DNA replication. Because EMS is a mutagen and a possible carcinogen, it should be handled only when wearing a double layer of gloves, and work should be conducted in a fume hood.

To begin, large numbers of worms at the last larval stage are selected, washed, and collected. EMS is then added to the worms, and the worms are incubated for several hours to induce mutations. Following mutagenesis, EMS should be removed from the worms and inactivated with sodium hydroxide. Worms are then washed multiple times in growth medium and plated onto agar plates.

Next, healthy-looking worms are transferred to new plates freshly seeded with bacteria as a food source and allowed to reproduce. Second generation progeny can be visually screened for mutant phenotypes, such as locomotive defects.

Now, let’s go through a protocol for a reverse genetic screen in nematodes.

A common approach to carrying out reverse screens in worms is to feed the animals a library of bacteria expressing double-stranded RNAs, one per bacterial strain, which will knock down the expression of one candidate gene each in the worms. These libraries are often commercially available, and can be sub-cultured for use in screens.

To begin, single colonies of bacteria containing individual library clones are cultured, and double-stranded RNA production is induced. Cultures are then spotted onto separate wells of a plate with nematode growth medium and allowed to dry in a sterile fume hood.

Next, worms are plated onto the bacteria and allowed to feed in a humidified chamber for three to four days. Mutant phenotypes may quickly be observed, either in the original worms placed on the feeding plates, or in first generation progeny.

Now that you’ve seen how forward and reverse genetic screens are performed, let’s discuss some of their current applications.

Some genetic screens are used to help scientists identify proteins that physically interact or function in the same molecular pathway. In this experiment, scientists devised a high-throughput microscopy-based screen to discover novel transmembrane receptors that activate a particular signaling molecule. By overexpressing a variety of genes in human embryonic kidney cells containing the fluorescently tagged signaling protein, they were able to monitor which receptors affect the protein’s subcellular localization.

Another application of genetic screening is the characterization of gene-drug interactions. Here, a mutant yeast library was generated using large-scale random mutagenesis with transposon insertions. Each mutant strain was then grown in the presence of a drug. The growth of each strain was quantified using PCR followed by microarrays or sequencing analysis to determine which mutants, compared to unmutated controls, were sensitive to the drug treatment.

Finally, screens can be used to understand the genes and molecular networks disrupted in human disease. Researchers in this experiment cultured neurons in the presence of RNA-encoding viruses to knockdown expression of many different target genes. Automated analysis of immunostained cells was then used to reveal genes that influence physical properties of neurons, such as neurite outgrowth. This approach has successfully identified genes involved in neurodegenerative diseases.

You’ve just watched JoVE’s video on genetic screens—a powerful technique for uncovering the genes involved in key biological processes. In this video, we reviewed some major types of genetic screens, general protocols to perform both forward and reverse screens, and discussed how these methods are applied in labs today. Thanks for watching! 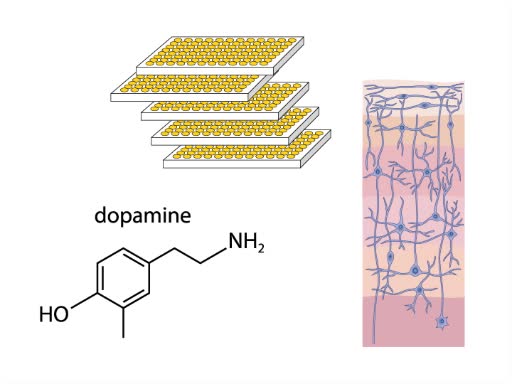