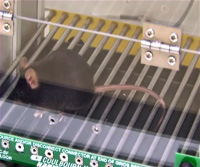 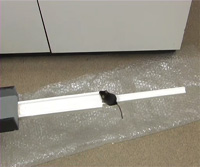 Cognition encompasses mental processes such as memory, perception, decision-making reasoning and language. Cognitive scientists are using a combination of behavioral and neuropsychological techniques to investigate the underlying neural substrates of cognition. They are interested in understanding how information is perceived, processed and how does it affect the final execution of behaviors. With this knowledge, researchers hope to develop new treatments for individuals with cognitive impairments.

JoVE's introduction to cognition reviews several components of this phenomenon, such as perception, attention, language comprehension, etc. Key questions in the field of cognition will be discussed along with specific methods currently being used to answer these questions. Finally, specific studies that investigate different aspects of cognition using tools like functional Magnetic Resonance Imaging (fMRI) or Transcranial magnetic stimulation (TMS) will be explained.

Cognition is broadly defined as the mental processes associated with phenomena like attention, memory, reasoning, and language. Cognitive scientists are using a combination of psychological and physiological techniques to understand the biological underpinnings of cognition. Through this understanding, scientists hope to develop new ways of treating patients with cognitive impairments.

This video will first introduce several functional attributes of cognition. Then, we will discuss key questions in the field, as well as methods used to answer them. Finally, we will look at a few studies utilizing these techniques.

To begin, let's look at some of the individual aspects of the complex cognition phenomenon currently being studied by behavioral scientists.

Perception is the cognitive process of brain receiving, understanding, and making sense of sensory information. Beyond mere sensory input, our brains are able to perceive complex traits, such as objects, patterns, or faces. On the other hand, optical illusions demonstrate how the brain's processing of sensory information doesn't always reflect reality.

While your brain is constantly receiving perceptual information, attention is the cognitive phenomenon that allows for focusing of our perceptional resources. This ability to be "selectively" aware of certain stimuli while tuning out others is known as selective attention. More often, in your daily life your attention is divided: think driving in a car while talking on the phone.

Focused attention can result in improved storage and a greater ability to recall perceived information. This process is known as memory. In particular, cognitive experiments test working memory, which involves functions like storing information for a short-term, for example a person's phone number, and then processing of this transient information to accomplish a task, like contacting that person.

Another cognitive function that scientists are interested in studying is language comprehension and expression. It is interesting how we acquire the skill of understanding what we hear, and how we learn to talk, without any formal training. Studies have confirmed that two brain regions, Broca's area and Wernicke's area, are involved in language comprehension and speech production, and scientists are interested in revealing the mechanism behind developmental disorders leading to language deficits.

In conclusion, cognitive science is a vast field focused on studying the numerous mental processes that govern many of your day-to-day activities. Therefore, it is one of the most active areas of behavioral neuroscience research.

With this basic understanding of the cognition components, let's examine some key questions in the field.

At its most basic level, cognitive neuroscience attempts to determine the functional relationship between neurobiology and cognitive processes. One way to study this is by examining which areas of the brain are active during a particular cognitive test. Examining neural basis might help in developing new therapies for patients with cognitive disabilities.

It is believed that the cognitive abilities develop during early life stages, and ultimately degrades with age, and many researchers are interested in studying this transition. These studies include looking at how cognitive abilities are acquired as the brain develops from infancy through adulthood, as well as how aging-related neurodegeneration correlates with cognitive decline.

Another basic question is, what roles do our genes and environment play in cognition? Researchers interested in this question aim to understand the relative importance of genetics and surroundings on cognitive development. One of the types of studies, called "twin studies," involves observing identical twins that have been raised in different environments. By performing cognitive tests on these genetically identical individuals, researchers can study the role of environment on brain function.

After reviewing some key questions in the field, let's look at a few of the prominent techniques used by cognitive neuroscientists today.

One technique that is becoming increasingly common is functional brain imaging. Functional Magnetic Resonance Imaging, or fMRI, is a technique that measures changes in blood flow as a proxy for neural activity in the brain, which is specific for individual cognitive processes. Positron Emission Tomography, or PET, is a similar method that measures the uptake of a radioactive tracer to visualize brain activity. Electro- or magnetoencephalography, on the other hand, use sensors placed on the scalp to directly measure the electric or magnetic fields created by neuronal firing. Analyzing the readout shows which brain areas are active during specific cognitive tasks.

In addition to just observations, scientists attempt to modulate brain's activity in a targeted fashion to understand how it works. Transcranial Magnetic Stimulation, or TMS, uses electromagnetic induction to activate or suppress neuronal activity. This technique can be used to perturb specific brain regions in human subjects in a non-invasive manner and then study its effect on cognitive abilities.

Another important tool found in many cognitive experiments is eye tracking. Eye tracking is used to assess cognitive functions like attention, visual perception, and language processing. Eye tracking measurements can provide insight into the how we read, recognize faces, or selectively attend to objects while driving.

Finally, psychological methods of assessing specific cognitive functions are equally critical. A classic psychological test is called the Stroop task, which tests selective attention ability by asking the subject to identify either the written color name, which in this case is red, or the color in which it is displayed, which is blue. Another task called the Go or No-Go task, also examines attention and response control by analyzing the reaction time. This task requires discrimination between different elements, such as "Friend" or "Enemy" in a video game.

Now that you've looked at some of the current methods and tasks, let's see how they are being applied by scientists to study cognition.

Often, fMRI visualization of brain activity is combined with cognitive tests to localize functions to particular brain regions. Here, researchers have subjects perform a test of executive function called the dimensional card-sorting task inside the fMRI machine. This task requires participants to sort cards based on one characteristic, such as shape, and then switch to sorting them by a second characteristic, such as color. The measured brain activity can inform the identification of brain regions that play a role in executive functioning.

In another example, scientists use TMS to stimulate a specific brain region as a form of therapy in patients suffering from a language disorder called aphasia. First, researchers determined a patient's baseline language ability, followed by identifying the optimal site for stimulation. After repeated treatment sessions, the patient's language abilities were retested.

Finally, some scientists are looking at the impact of emotion on cognition. Here, researchers had subjects perform a working memory task, which involved showing them a memoranda consisting of three faces, followed by a delay interval during which emotional images were shown as a distractor. The subjects' recall of the initial face images was then assessed with fMRI.