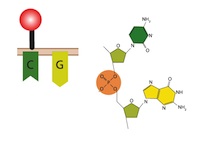 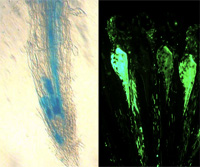 Genetic engineering – the process of purposefully altering an organism’s DNA – has been used to create powerful research tools and model organisms, and has also seen many agricultural applications. However, in order to engineer traits to tackle complex agricultural problems such as stress tolerance, or to realize the promise of gene therapy for treating human diseases, further advances in the field are still needed. Important considerations include the safe and efficient delivery of genetic constructs into cells or organisms, and the establishment of the desired modification in an organism’s genome with the least “off-target” effects.

JoVE’s Overview of Genetic Engineering will present a history of the field, highlighting the discoveries that confirmed DNA as the genetic material and led to the development of tools to modify DNA. Key questions that must be answered in order to improve the process of genetic engineering will then be introduced, along with various tools used by genetic engineers. Finally, we will survey several applications demonstrating the types of experimental questions and strategies in the field today.

Genetic engineering is the purposeful alteration of an organism’s DNA. Advances in this field have allowed scientists to generate genetically modified cells and organisms for biomedical research and agricultural purposes. However, the application of genetic technologies for use as therapeutics in humans, known as gene therapy, is still a work in progress.

In this video, we will discuss some important discoveries in the history of genetic engineering, major questions being studied today, important tools for altering an organism’s genome, and several applications of these technologies.

Let’s begin by reviewing the history of genetic engineering.

Scientists’ ability to directly manipulate genes hinged on solving the identity of the genetic material. In 1928, Frederick Griffith observed that injecting a mix of heat-killed virulent bacteria and a live, but non-virulent, strain into mice resulted in disease, leading him to hypothesize a “transforming principle” that transferred from the dead to live bacteria.

In 1944, Oswald Avery, Colin Macleod, and Maclyn McCarty identified the bacteria’s DNA as responsible for this transformation. The result was further validated in 1952, when Alfred Hershey and Martha Chase used radioactively labeled bacteriophage to show that it is the virus’s DNA, and not protein, that was transmitted during its infection of bacterial cells.

Also in 1952, Joshua Lederberg hypothesized the existence of plasmids—small, circular pieces of DNA that can be transmitted between bacteria. Around the same time, he also described transduction, where viruses act as vectors to transmit DNA between cells.

Starting around 1970, researchers like Hamilton Smith began discovering some of the practical “tools” of genetic engineering, like restriction endonucleases, which “cut” DNA at specific sequences. Using these tools, in 1972, Paul Berg generated the first “recombinant” DNA molecule by joining DNA from two different viruses, and in parallel, Stanley Cohen and Herbert Boyer generated the first recombinant organism by placing an antibiotic resistance gene onto a plasmid and transforming that construct into the bacteria E. coli.

In 1973, Rudolf Jaenisch created the first transgenic multicellular organism, a mouse containing SV40 viral DNA, although it wasn’t until 1981 when several other laboratories created the first transgenic mice able to pass the inserted genes to their offspring. In the mid 1980s, Mario Capecchi and Oliver Smithies first established that homologous recombination could be used to specifically target genes, and in 1989 used this method to generate the first knockout mouse, where a gene is rendered nonfunctional.

Next, let’s examine some key questions in genetic engineering.

One integral area of research is determining the best method for modifying an organism’s genome. A number of factors need to be considered, including the efficiency of the modification process, as well as whether the modification needs to be targeted to specific genes to minimize risks of unintended alterations to cellular DNA.

In order to modify a host cell’s genome, the artificially assembled DNA sequence for making this modification, known as a “genetic construct,” must be successfully delivered into that cell. Research in this area aims to maximize efficiency while limiting cytotoxicity. At the organismal level, researchers study how to modify vectors such as retroviral particles or nanoparticles to improve construct delivery to target cell populations.

Finally, there is a lot of interest in whether genetic engineering can be successfully applied to agricultural or therapeutic uses. These technologies have been used to generate powerful research tools such as mice with genes deleted or “knocked-out,” or to insert simple, single traits such as herbicide resistance into crops. However, complex problems, such as generating crops that thrive in adverse conditions, will likely require modifying multiple pathways simultaneously. Moreover, developing gene therapies to treat genetic diseases, necessitating safe and effective delivery of genetic constructs to human cells, remains a challenging task.

Let’s now take a look at the genetic engineering tools and technologies used by researchers.

The classical method for generating genetic constructs is restriction enzyme-based cloning, where DNA pieces are digested and then recombined in specific order using DNA ligases to create a new plasmid. Newer techniques include recombineering, which uses homologous recombination to isolate and exchange DNA fragments without the need for restriction enzyme digestion sites.

DNA can be delivered into cells by a number of methods. Transformation or transfection is the process of getting naked DNA into bacterial or eukaryotic cells, respectively. Divalent cations, such as calcium, can make cell membranes more porous, which will increase the uptake of exogenous DNA molecules. Electroporation uses an electric field to accomplish the same task, while lipid nanoparticles that surround the DNA can fuse with the cell membrane and release its payload. Transduction refers to the transfer of DNA by a viral vector, such as a lentivirus.

Delivering genetic constructs into multicellular organisms requires additional considerations. When multiple cell types are present, targeted vectors such as viruses or nanoparticles increase the specificity of cell delivery. In plants, researchers have co-opted agrobacterium, a plant pathogen capable of transferring DNA to plant cells, as a gene delivery tool. “Biolistics” refers to the use of a “gene gun” to deliver DNA-coated gold beads into cells.

Finally, the delivered DNA constructs need to make permanent changes to the host genome in order to achieve long-term effects. This can occur by random integration of the delivered DNA construct into host DNA, which can be enhanced by tagging the construct with recognition sites for DNA “cut-and-paste” enzymes called transposases. On the other hand, techniques such as gene targeting via homologous recombination allow integration into specific genomic sites. Recent advances in techniques known as genome editing, which uses custom-designed nucleases to generate double-strand breaks at specific loci, greatly improve gene targeting efficiency.

Now, let’s take a look at how genetic engineering technologies are being applied today.

Cellular functions in eukaryotes are compartmentalized into organelles, and targeting the transgenic protein expression to individual compartments may allow for more specific biological effects. In this experiment, researchers generated a GFP-tagged reporter construct using the Gibson assembly technique, where homologous regions of overlap between multiple PCR products allow for the generation of a complete construct without the use of restriction enzymes. Biolistic transfection was used to deliver these constructs into plant cells, and researchers were able to demonstrate GFP expression targeted to the chloroplast.

Cancer cells often over-express surface receptors, which researchers can target using gene therapy. Here, scientists established a model of human bladder cancer in mouse. This is followed by topical delivery of an adenoviral vector to the bladder cancer cells. Observation of luciferase expression in the cancer cells indicated successful delivery of the reporter gene.

Finally, progress is being made in engineering complete biological pathways in a target organism. Here, each gene of the biosynthetic pathway for the antibiotic erythromycin was isolated from its host bacteria, Saccharopolyspora erythraea, via PCR and combined into operon-like constructs where a series of genes are placed under control by the same regulatory elements to allow for optimal expression. These constructs were then transformed into E. coli to reconstitute the synthesis pathway, and the heterologously produced product could then be purified and tested for functionality.