This video demonstrates modulation of reflex activity, volitional strength and ambulation through clinical and quantitative assessments in individuals with motor incomplete SCI as a result of acute oral administration of a serotonin reuptake inhibitor (SSRI).

Spinal cord injury (SCI) is a debilitating disorder, which produces profound deficits in volitional motor control. Following medical stabilization, recovery from SCI typically involves long term rehabilitation. While recovery of walking ability is a primary goal in many patients early after injury, those with a motor incomplete SCI, indicating partial preservation of volitional control, may have the sufficient residual descending pathways necessary to attain this goal. However, despite physical interventions, motor impairments including weakness, and the manifestation of abnormal involuntary reflex activity, called spasticity or spasms, are thought to contribute to reduced walking recovery. Doctrinaire thought suggests that remediation of this abnormal motor reflexes associated with SCI will produce functional benefits to the patient. For example, physicians and therapists will provide specific pharmacological or physical interventions directed towards reducing spasticity or spasms, although there continues to be little empirical data suggesting that these strategies improve walking ability.

In the past few decades, accumulating data has suggested that specific neuromodulatory agents, including agents which mimic or facilitate the actions of the monoamines, including serotonin (5HT) and norepinephrine (NE), can initiate or augment walking behaviors in animal models of SCI. Interestingly, many of these agents, particularly 5HTergic agonists, can markedly increase spinal excitability, which in turn also increases reflex activity in these animals. Counterintuitive to traditional theories of recovery following human SCI, the empirical evidence from basic science experiments suggest that this reflex hyper excitability and generation of locomotor behaviors are driven in parallel by neuromodulatory inputs (5HT) and may be necessary for functional recovery following SCI.

The application of this novel concept derived from basic scientific studies to promote recovery following human SCI would appear to be seamless, although the direct translation of the findings can be extremely challenging. Specifically, in the animal models, an implanted catheter facilitates delivery of very specific 5HT agonist compounds directly onto the spinal circuitry. The translation of this technique to humans is hindered by the lack of specific surgical techniques or available pharmacological agents directed towards 5HT receptor subtypes that are safe and effective for human clinical trials. However, oral administration of commonly available 5HTergic agents, such as selective serotonin reuptake inhibitors (SSRIs), may be a viable option to increase central 5HT concentrations in order to facilitate walking recovery in humans. Systematic quantification of how these SSRIs modulate human motor behaviors following SCI, with a specific focus on strength, reflexes, and the recovery of walking ability, are missing.

This video demonstration is a progressive attempt to systematically and quantitatively assess the modulation of reflex activity, volitional strength and ambulation following the acute oral administration of an SSRI in human SCI. Agents are applied on single days to assess the immediate effects on motor function in this patient population, with long-term studies involving repeated drug administration combined with intensive physical interventions.

To assess the effects of acute oral administration of an SSRI (10 mg escitalopram oxalate, Lexapro, Forest Pharmaceuticals, Inc.) on motor activity in individuals with motor incomplete SCI, a double-blinded, randomized, placebo controlled crossover design is employed. As part of the inclusion criteria, subjects will be required to undergo a 14 day washout period for all anti-depressant medications, anti-spastic medications and other medications with known interactions to the SSRIs.

Two hours is required for each of the experimental protocols, consisting of clinical, quantitative static and quantitative dynamic assessments. A 4.5 hour delay is given following medication administration (time to peak plasma concentration)7. Subjects are re-tested following medication administration using an identical experimental set-up and paradigm employed during pre-medication testing. Following pre- and post-testing of the first medication (SSRI or placebo), a minimum of 7 days separates the two testing conditions (half-life of agents is approximately 27 hrs).

Spasticity of the quadriceps and hamstring muscle groups is quantified using the Modified Ashworth Scale (mAsh).

The magnitude or duration of flexor spasms, extensor spasms, and clonus is quantified using the Spinal Cord Assessment Tool for Spastic Reflexes (SCATS)

The ability for an individual to volitionally contract muscles in accordance with myotomes is assessed using the ASIA Lower Extremity Motor Score (LEMS).

Using isokinetic dynamometers in addition to electromyography (EMG), a precise stretch can be applied and a quantitative response can be assessed.

Precise quantification of volitional strength can be obtained using an isokinetic dynamometer.

During treadmill walking multiple kinematic measures including, peak range of motion, peak velocity and variability are assessed using motion capture system (Motion Analysis, Santa Rosa, CA). The consistency of intralimb coordination between the hip and knee joints is quantified by calculating the average coefficient of correspondence (ACC; 10). The ACC uses a vector coding technique to analyze the sagittal-plane hip and knee angles on an angle-angle plot. 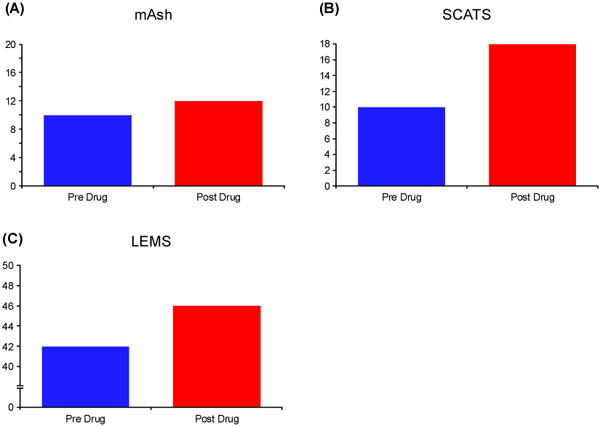 Figure 1. Following oral administration of SSRI in an individual with motor incomplete SCI there are notable alterations in clinical measures of motor activity. Both measures of involuntary reflex activity, mAsh (A) and SCATS (B) increased to varying degrees, suggesting the two clinical scales may be capturing a different aspect of the augmented involuntary activity. (C) Additionally, clinically detectable changes in volitional strength are observed following SSRI administration. 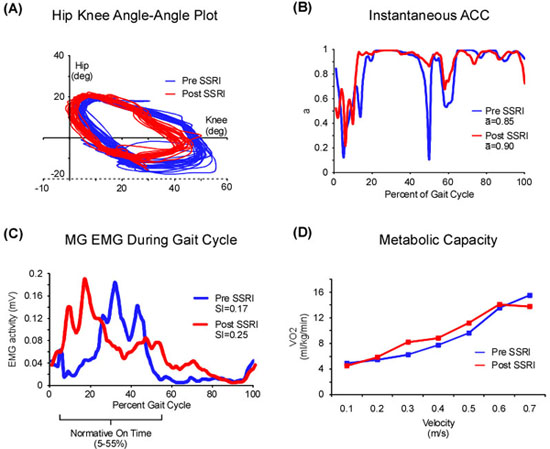 Table 4: Normative on and off times of LE muscles during gait

This video demonstration highlights methods to assess changes in reflex activity, volitional strength and ambulation following the acute oral administration of SSRIs in human SCI. This battery of assessments demonstrates that despite increases in so called abnormal reflex activity following acute oral administration of a SSRI, the individual with SCI demonstrated improvements in volitional strength, with only minor changes in locomotor ability. In these individuals the effects of augmented spasticity do not appear detrimental to ambulatory function. Additionally improvements in walking ability may be more pronounced in individuals with acute lesions. Continuing studies use these similar quantitative and clinical assessments to determine the efficacy of combined SSRIs and intensive physical interventions, as has been employed in animal models of SCI. With a sound theoretical framework based on long-standing and relatively new basic science research, these methods can help translate such information to a clinical population and may challenge some of the traditional protocols used in clinical practice to augment functional recovery in individuals with SCI.