This video explains mechanisms of host plant resistance to herbivory and demonstrates a no-choice test that estimates the relative contributions of antibiosis and tolerance to spittlebug resistance in Brachiaria spp.

We demonstrate a no-choice experiment designed to estimate the relative contributions of antibiosis and tolerance to spittlebug resistance in Brachiaria spp. Several species of African grasses of the genus Brachiaria are valuable forage and pasture plants in the Neotropics, but they can be severely challenged by several native species of spittlebugs (Hemiptera: Cercopidae)4.To assess their resistance to spittlebugs, plants are vegetatively-propagated by stem cuttings and allowed to grow for approximately one month, allowing the growth of superficial roots on which spittlebugs can feed. At that point, each test plant is individually challenged with six spittlebug eggs near hatching. Infestations are allowed to progress for one month before evaluating plant damage and insect survival. Scoring plant damage provides an estimate of tolerance while scoring insect survival provides an estimate of antibiosis. This protocol has facilitated our plant breeding objective to enhance spittlebug resistance in commercial brachiariagrases5. 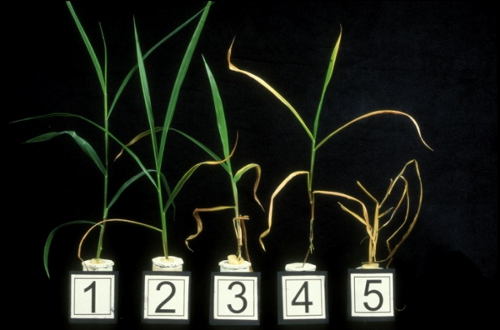 Figure 2. Spittlebug development from first-instar (left) to adult (right). Only insects reaching at least their final instar (arrows) at the date of evaluation are counted as "survivors."

Results from a representative assay screening Brachiaria hybrids for resistance to the spittlebug Aeneolamia reducta are presented in Figure 3. 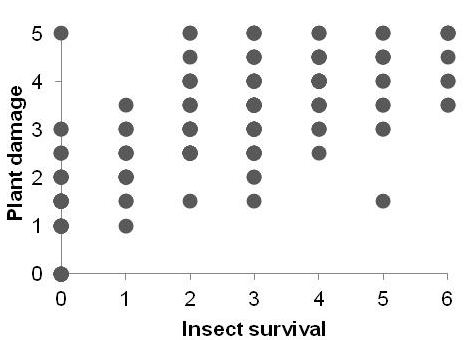 Figure 3. Results from screening Brachiaria hybrids for resistance to spittlebug Aeneolamia reducta. We consider plants resistant if their response to herbivory falls in the bottom half of this plot. Antibiosis increases from right to left and tolerance increases from top to bottom. The arrows point at our resistant checks.

Discriminating among herbivore resistance mechanisms can illuminate crop breeding efforts3. Resistance based on strong antibiosis could, under some circumstances, create selection pressures for more aggressive pest biotypes. On the other hand, resistance based on tolerance could allow pest populations to increase until tolerance eventually is overwhelmed. Breeding for durable resistance, therefore, requires careful consideration of what resistance mechanisms would confer most stability for a particular crop/pest system [see Kennedy et al. (1987) for a comprehensive discussion on the topic]3.

This video demonstration builds upon several previous studies designed to estimate the relative contributions of antibiosis and tolerance to spittlebug resistance in brachiariagrasses6-9. In contrast with choice tests or field experiments, no-choice tests ensure all plants receive the same herbivore pressure, thus providing control for differences arising from herbivore behavior (e.g., host preference, aggregation). For this reason, however, no-choice tests are unsuitable to assess resistance by antixenosis.

Artificially rearing insect colonies is the preferred method to obtain test insects for resistance screening assays10. Colonies provide a dependable and uniform source of spittlebugs of a known age for experiments to be conducted any time of the year11. It may, however, be necessary to periodically infuse wild individuals into the colony to ensure that the colony does not deviate genetically from relevant field populations10. To assess the fitness of these artificially-reared herbivores, and monitor possible changes in their aggressiveness over time, it is important that all screenings include suitable checks of known resistance levels.

Multiple parameters must be carefully defined to design an appropriate resistance screening assay. A few key parameters we have considered to design our test include the age of the host plants, the species and developmental stage of the spittlebugs, the infestation level, and the duration of plant-insect contact8,9,12. Several rounds of experimentation and protocol refinement may be needed to reach to a rapid, cost-effective, reliable, assay that adequately predicts herbivore resistance in the field.

This production and the experimental work presented herein reflect the devoted and enthusiastic help of Reynaldo Pareja kindly supported by Lina Aguirre, Gilberto Córdoba, William Mera, Ximena Bonilla, and Darío Viveros. We also thank John Miles and three anonymous reviewers for comments that helped us improve the video and manuscript.