The heart is the first organ to be formed and to become functional in the embryo. The heart is built from many cell lineages that arise from the first and second embryonic heart fields1. From the post-fertilization blastocyst stage up to the shaped heart, embryonic cells have thus to make many cell fate decisions. Gene transcription is regulated in a time- and space-dependent manner and is a key biological process that underlies cell fate decision during embryonic development. Such a process is mediated by specific transcription factors which bind regulatory regions within the genome including enhancers and promoters of cardiac constitutive genes. DNA is wrapped around histones that are subjected to modifications such as acetylation, methylation, ubiquitinylation, and/or phosphorylation. Histone modification leads to repressed, activated or poised gene transcription depending upon which lysine residue of histone is modified2.

Chromatin immunoprecipitation assay (ChIP) has been set up years ago3 and is currently the most broadly used technology in order to identify targets of either modified histones or transcription factors4. Following immunoprecipitation of histones or transcription factors, bound DNA can be either amplified by polymerase chain reaction (PCR) or sequenced. ChIP has technically overcome more challenging gel retardation assays5. However ChIP does not imply direct binding of a transcription factor to DNA, an advantage of gel retardation assay. On the other hand, ChIP combined to DNA sequencing has opened a new genome-wide perspective on gene regulation.

ES cells (ES cells) recapitulate within embryoid bodies (i.e., cell aggregates) or in 2D culture the early steps of cardiac development6 and provide in principle enough material for ChIP. Furthermore, human ES cells represent a human cell model of cardiogenesis although their cardiogenic potential depends upon their epigenetic signature7. At later stages of development, mouse embryonic tissues allow for investigating specific epigenetic landscapes required for determination of cell identity. However, the genome is transcribed in a time- and cell type-specific manner8. Epigenetic regulation of gene transcription has to be studied within localized regions. Herein, we describe protocols of ChIP, sequential ChIP followed by PCR or sequencing using ES cells, embryoid bodies and cardiac specific embryonic regions. These protocols allow to investigating the epigenetic regulation of cardiac gene transcription.

Figure 1A illustrates first the preparation of DNA-binding beads and quality control using DNA of different sizes (1 kb ladder). 0ne, 2 and 2.5 volumes (1 to 3) of beads was added to one volume of the sample to purify high and low molecular size DNA fragments.

When ES cells differentiate toward a cardiac cell fate, they transit first through a mesendodermal and then a mesodermal state. Such a developmental journey includes a step by which epithelial cells have to undergo an epithelio-mesenchymal transition

Figure 2 shows PCR results following immunoprecipitation of modified histones. The experiment was designed to look at the epigenetic regulation of epithelio-mesenchymal transition genes in wild type or gene-mutated cells when ES cells differentiate toward a mesodermal cell fate. Chromatin from wild type or mutated ES cells treated with a morphogen like BMP2 was immunoprecipitated using anti H3K4me1, H3K36me3 and H3K9me2 antibodies. Binding of modified histones is monitored by PCR of genomic (enhancers, A, B, C, D, E) regions of cadherin and twist genes.

Differentiation genes feature bivalent domains in ES cells12. Their 5' UTR regions close to their promoters are indeed occupied by both H3K4me3 a chromatin activating mark and H3K27me3, a repressed mark. These marks are modified when cells are challenged by morphogens such as BMP2 7. These marks are however variable depending upon the human ES cells lines likely because of the original blastocyst they derive from even when undifferentiated (Figure 3).

The protocols described above are suitable for ChIP sequencing even starting from a low amount of material; ChIP experiments were performed from chromatin extracted from AVC, OFT and ventricles of E9.5 mouse embryos in order to uncover novel genes and enhancers playing a role in defining the identity of these specific cardiac regions. Figure 4 shows 2 genomic regions of myocardial genes in the E9.5 mouse ventricle enriched by an acetylated H3K27 and of one pacemaker-specific (i.e., not ventricular) gene not enriched by acetylated H3K27. 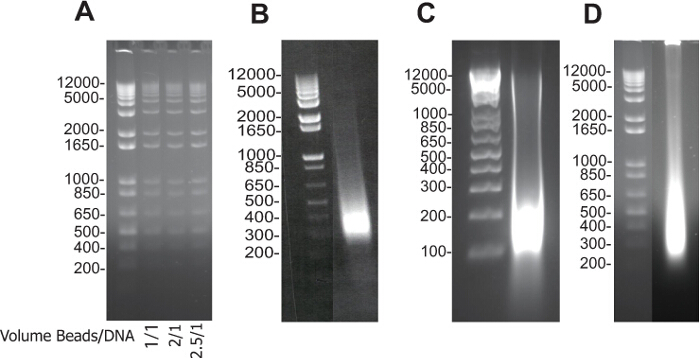 Figure 2. ChIP Data Analysis. (A) Enrichment of H3K27ac epigenetic mark on E-cadherin enhancers/promoter (A - E regions). (B) Enrichment of H3K4me1, H3K36me3 and H3K9me2 epigenetic marks on Twist enhancers/promoter (A-C regions). Genomic regions are amplified by qPCR to measure the histone enrichment vs the input following ChIP. Results are means±SEM from 3 experiments. Please click here to view a larger version of this figure. 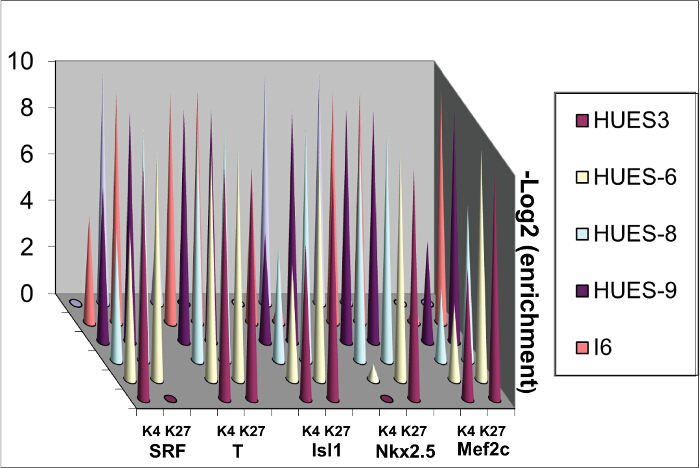 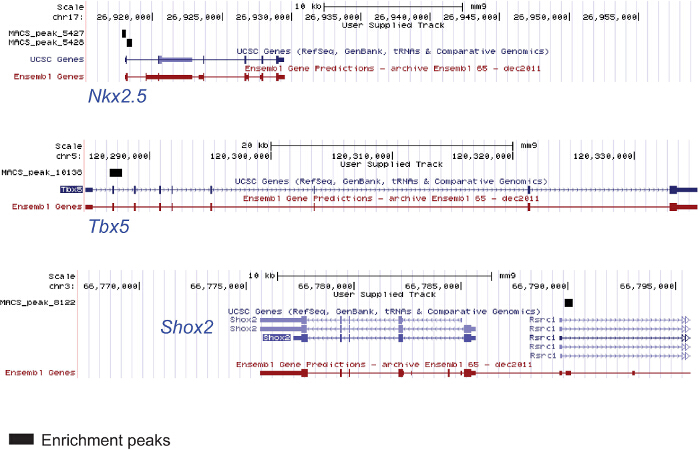 Figure 4. ChIP from Chromatin Extracted from Specific Embryonic Cardiac Regions. Chromatin was extracted from 25 ventricles of E9.5 mouse embryos (2 litters) lysed and sonicated. The anti-H3K27ac antibody was used for immunoprecipitation. The DNA was used for sequencing. The figure shows genomic regions of the cardiac genes Nkx2.5 and Tbx5 enriched in the modified histone and one genomic region of Shox2 pacemaker-specific gene not enriched and not expressed in the ventricle. Please click here to view a larger version of this figure.

ChIP has been broadly used within the last years and combined to DNA sequencing following improvement in resolution of sequencing. This has become a powerful technique in order to investigate in a genome wide dependent manner the epigenetic landscape of cells or specific embryonic and adult tissues. The ChIP assay buffers and sonication conditions have been greatly improved to allow assays for small amount of biological material. This includes specific regions of embryonic hearts obtained by microdissection or by FACS-sorted cells expressing a fluorescent reporter protein. Indeed ChIP performed on heterogeneous cell populations 1314 can lead to misleading results that are difficult to interpret. The epigenetic signature marks very accurately cell populations. That signature confers to them a specific potential of differentiation and determines their fate. It is thus important to work with purified (sorted) cell populations or dissected embryonic tissues.

We have described above robust protocols in order to achieve these goals. We have used these protocols for ChIP-PCR, ChIP on ChIP7, 10 or ChIP-sequencing (Figure 4, manuscript in preparation). The reason for robustness lays on the permeabilization and cell lysis buffers that have been optimized to ensure a complete cell and nuclear lysis and efficient chromatin sonication. The protocols can thus be used for small amount of embryonic tissues.

Limitations of these protocols are inherent to ChIP. More specifically, the spatial resolution is not very high with DNA sizes around 500 bp. However, it allows us to investigate the dynamics of bivalent domains in differentiating ES cells7 and to reveal differences in enrichment of modified histones on EMT gene regulatory regions in wild type or gene-mutated cells. (Figure 2). Deep sequencing of immunoprecipitated DNA (Figure 4) partially overcomes this limitation.

Enrichment of a specific genomic region following immunoprecipitation of a transcription factor does not indicate for sure that the factor directly binds DNA. It could only be part of complex factory bound to DNA. This is an important point to be aware about. In contrast, gel retardation assay could be used to address the question.

Having the technology in hands combined with deep sequencing allows to monitor genome wide the genomic regions occupied by a transcription factors or a specific histone mark. The technology is improving and allows to interrogating only small cell populations15. It thus opens new avenues in the dynamics of specific epigenetic landscapes during embryonic development.