Hereby, we proposed a protocol to illustrate the effect of aggregate surface morphology on the ITZ microstructure. The SEM-BSE image were quantitatively analyzed to obtain ITZ's porosity gradient via digital image processing and a K-means clustering algorithm was further employed to establish a relationship between porosity gradient and surface roughness.

Here, we present a comprehensive method to illustrate the uneven distribution of the interfacial transition zone (ITZ) around the aggregate and the effect of aggregate surface morphology on the formation of ITZ. First, a model concrete sample is prepared with a spherical ceramic particle in roughly the central part of the cement matrix, acting as a coarse aggregate used in common concrete/mortar. After curing until the designed age, the sample is scanned by X-ray computed tomography to determine the relative location of the ceramic particle inside the cement matrix. Three locations of the ITZ are chosen: above the aggregate, on the side of the aggregate, and below the aggregate. After a series of treatments, the samples are scanned with a SEM-BSE detector. The resultant images were further processed using a digital image processing method (DIP) to obtain quantitative characteristics of the ITZ. The surface morphology is characterized at the pixel level based on the digital image. Thereafter, K-means clustering method is used to illustrate the effect of surface roughness on ITZ formation.

At the mesoscopic scale, cement-based materials can be regarded as a three-phase composite comprised of the cement paste, the aggregate, and the interfacial transition zone (ITZ) between them1,2. The ITZ is often treated as a weak link since its increased porosity could act as channels for the ingress of aggressive species3,4 or provide easier pathways for crack growth5,6,7,8,9,10,11. Subsequently, it is of great interest to precisely characterize the properties of the ITZ to evaluate and predict the macro performance of the cement-based materials.

To investigate the ITZ, there has been excessive research on its microstructural features, forming mechanisms, and influencing factors12,13,14 using both experimental and numerical methods. Various techniques have been coupled for ITZ characterization including: mechanical tests, transport tests, mercury intrusion porosimetry (MIP) tests15,16 and nano-indentation17. It is widely accepted that the ITZ is mainly caused by the wall effect, as well as water film, micro-bleeding, one side growth, and gel syneresis18.

With the development of digital image processing method (DIP) in the last two decades19, the morphological characteristics of the ITZ (e.g., volume fraction, thickness, and porosity gradient) can be quantitatively determined. Based on examination of the plane sections using scanning electron microscopy (SEM) with a backscattered electron detector (BSE), the three dimensional (3D) features of ITZ can be derived from the 2D results via stereology theory20. Like the SEM-BSE technique, the nano-indentation technique is also based on the examination of polished surfaces, but it more focuses on the elastic modulus of the existing phases21. However, in both SEM-BSE analysis and the nano-indentation test, the ITZ thickness may be overestimated as the examined cross section rarely goes through the normal direction from an aggregate surface22. However, coupling this with fluorescent 3D confocal microscopy, the overestimation of ITZ could be eliminated and a real ITZ porosity and anhydrous cement content could be obtained23.

Previous studies of influencing factors mainly focused on the cement paste, ignoring the role of the aggregate and its surface texture24,25,26. Since the shape and morphological properties of the aggregate have been extensively described based on quantitative analysis of digital slices obtained from SEM or X-ray computed tomography (X-CT)27,28. However, no research focusing on the effect of the aggregate surface texture on the formation of ITZ region has been performed.

Hereby, we present a protocol to investigate the effect of aggregate surface morphology on the ITZ microstructure formation based on quantitative analysis of SEM-BSE images and a K-means clustering algorithm. A model concrete sample was prepared with spherical ceramic particle acting as the coarse aggregate. X-CT was used to roughly determine the relative location of the particle in the opaque cement matrix before halving the sample. After processing to obtained SEM-BSE images, the uneven distribution of ITZ around single aggregate was observed. Also, an index surface roughness (SR) describing the aggregate surface texture at the pixel level was defined. The K-means clustering algorithm, originally used in the area of signal processing and now widely used for image clustering29,30, was introduced to established a relationship between surface roughness (SR) and porosity gradient (SL).

1. Preparation of the model concrete with a single ceramic particle

To investigate the effect of aggregate surface morphology, the manually captured irregular boundary is fitted with straight line and circle arc, respectively as shown in Figure 532. The blue line is the original irregular boundary, while the fitting curve is represented by the red line. For the chosen boundary it appears to be closer to a straight line.

Based on the calculations of the defined SR and SL parameters, the ITZ from varying relative locations to the aggregate surface are viewed as a whole {(SR1,SL1), (SR2,SL2), ... , (SRn,SLn)}. The K-means clustering algorithm is applied to subdivide the scattering points into two groups: a rough group and a smooth group as shown in Figure 632. The dashed line shows that the value of SL decreases with increasing SR values. 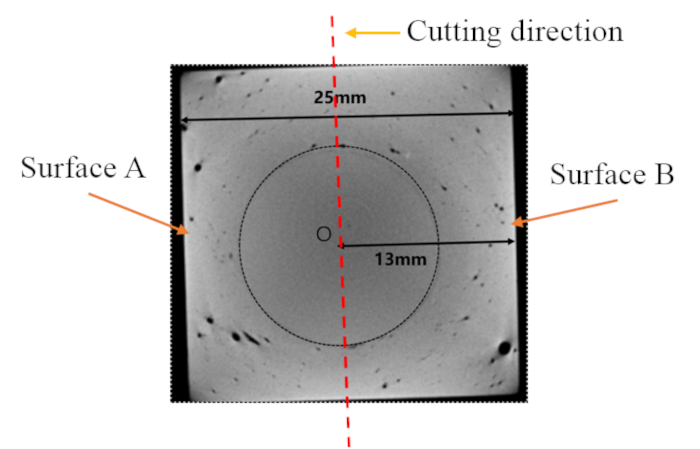 Figure 1: An image of a CT slice through the equator of the ceramic sphere. This figure has been modified from32. Please click here to view a larger version of this figure. 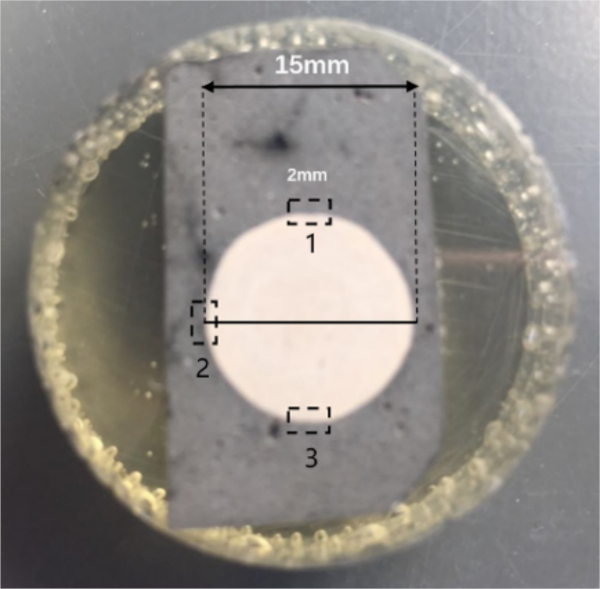 Figure 2: A typical sample with highly polished surface and ready for SEM-BSE test. This figure has been modified from32. Please click here to view a larger version of this figure. 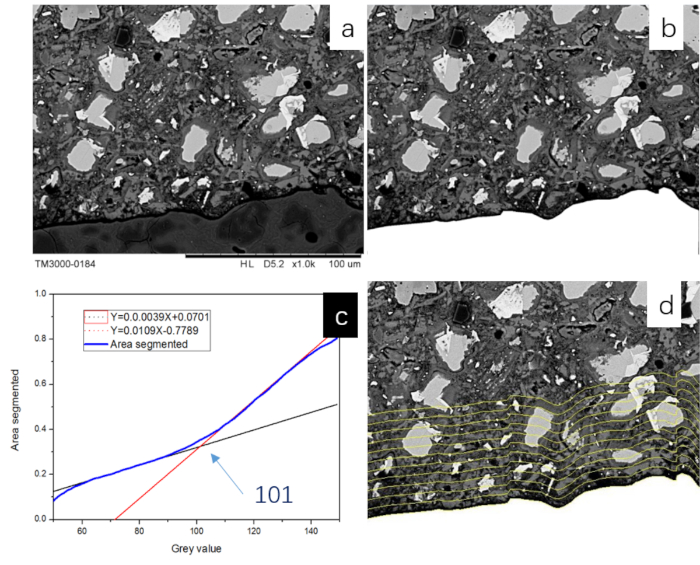 Figure 3: Schematic view of the BSE image analysis process: (a) original image, (b) boundary capture, (c) threshold determination, and (d) strip delineation. This figure has been modified from32. Please click here to view a larger version of this figure. 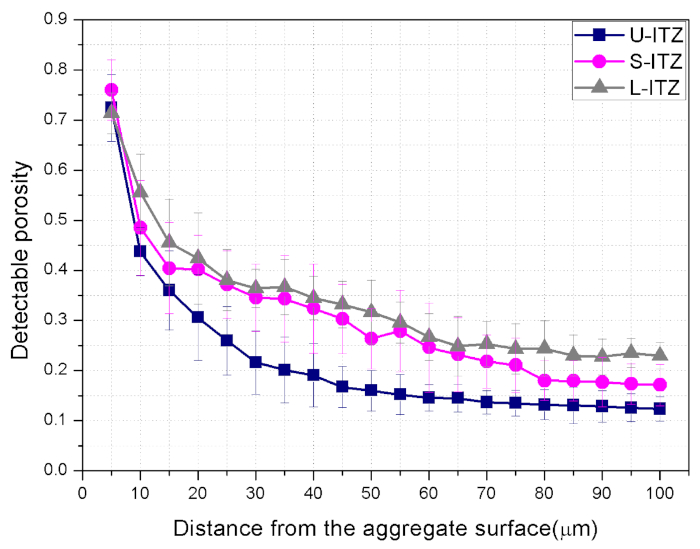 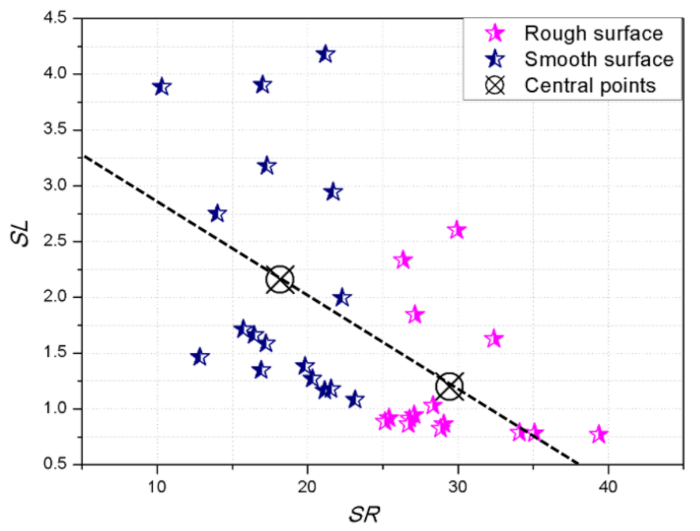 Figure 6: Results of performing K-means clustering to partition all boundaries into K=2 clusters. This figure has been modified from32. Please click here to view a larger version of this figure. 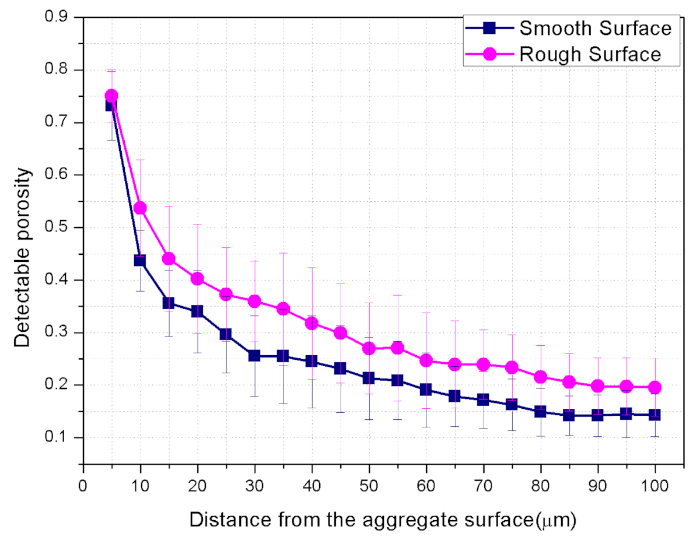 Figure 7: Comparison of porosity distribution of ITZ against rough and smooth surfaces. The error bar in the distribution curve is the standard deviation. This figure has been modified from32. Please click here to view a larger version of this figure.

The X-CT technique was applied to roughly determine the geometrical center of the ceramic particle to ensure that the analyzed surface is through the equator of the particle. Thus, the overestimation of the ITZ thickness caused by the 2D artifacts could be avoided38. Herein, the accuracy of obtained results is highly dependent on the flatness of the examined surfaces. Generally, a longer grinding and polishing time contributes to an adequately smooth surface for testing. However, due to the varying hardness between cement paste and ceramic particle, prolonged grinding and polishing time tends to create height difference between the two phases, which appears as a 100% porosity gap on the obtained BSE images. To eliminate this effect, the grinding and polishing strategy should be carefully chosen according to the properties of the materials21,39. Once there exists such gap on the image, we chose to capture the boundary along the contour of the cement paste rather the exact aggregate surface.

The ITZ properties were derived from the porosity gradient. In reality, the volume fraction of hydration products, anhydrous clinkers could also be determined from the image. By coupling using energy dispersive spectroscopy (EDS), we can obtain how the Ca/Si changes in this region, which helps to determine the characteristic parameters of the ITZ. In this paper, the ITZ thickness obtained is around 70 μm, which is larger than the value reported in previous research. Multiple factors contribute to the phenomenon. There is only one spherical ceramic particle included in such model concrete and no interactions between different aggregate particles occurs during the hydration process, which is different from the common mortars or concrete. A second factor is the insufficient mixing during the sample preparation process. The interfacial transition zone was enlarged in the concrete sample and we will further consider a better way to overcome this disadvantage.

Based on the obtained image, the irregular aggregate boundary was quantitatively described and compared at a pixel level. The K-means clustering algorithm is a powerful method for cluster analysis, which is able to subdivide observations into 2, 3, 4, or even more groups. The results of the K-means clustering are affected by the initial centroids of each cluster and, here, the Forgy method was chosen40. K observations were picked randomly from the n observations to serve as the original K centroids36. Herein, for surface roughness analysis, we also tried 3 and 4 groups. However, with increasing clusters, the porosity difference between different groups is not as distinct as dividing them into 2 groups. We will keep seeking other applications of K-means clustering method in cement and concrete research, like phase determination in nano-indentation.

We hereby confirm that this manuscript is our original work and all the authors listed have approved the manuscript and have no interest conflicts on this paper.