32.1: What is Population Genetics?
TABLE OF
CONTENTS
X 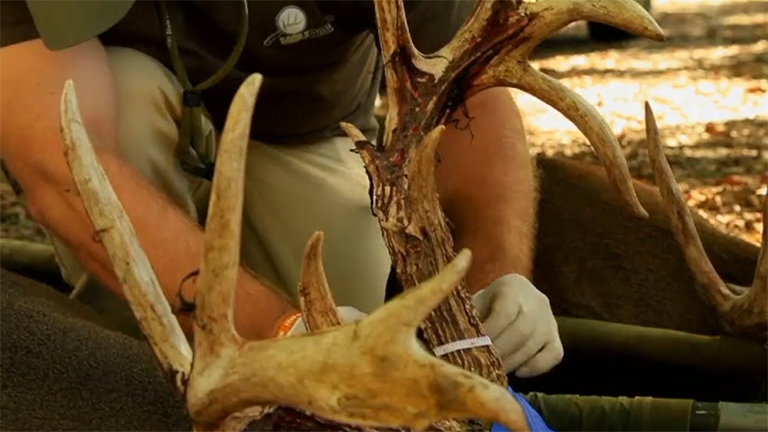 Population genetics refers to the study of variation in allele and gene frequencies in populations. It is this variation that makes evolution possible. The genetic makeup of a population is characterized by describing the population's gene pool, all of the alleles at every locus in the population.

For example, in a population of squirrels, there are two alleles, R and B at a locus that codes for coat peller. Squirrels homozygous for the R allele have red coats. Those homozygous for B have dull brown coats and heterozygous individuals have red-brown coats. If there are a total of 100 in the population with 40 red, 30 brown and 30 red-brown squirrels, the frequency of the R allele is 0.55 or 55% and the B allele is 0.45 or 45%. The change in these frequencies can be measured over time to determine if a population is evolving.

32.1: What is Population Genetics?

A population is composed of members of the same species that simultaneously live and interact in the same area. When individuals in a population breed, they pass down their genes to their offspring. Many of these genes are polymorphic, meaning that they occur in multiple variants. Such variations of a gene are referred to as alleles. The collective set of all the alleles within a population is known as the gene pool.

While some alleles of a given gene might be observed commonly, other variants may be encountered at a much lower frequency. Gene pools are not static. The frequency and occurrence of alleles in a gene pool may change over time. For instance, allele frequencies change due to random mutations, natural selection, migration, and chance.

Comparative Population Genetics and Its Implications

The gene pools of natural populations may vary significantly. One goal of population genetics is to determine genetic variation among different populations of the same species. Studying such variations has implications for species health, domestication, management and conservation. For instance, increased urbanization gradually fragments natural landscapes and leads to habitat loss, division, and isolation of natural populations. Comparing the genetic makeup of different populations can provide insights about gene flow, and is important for maintaining wildlife populations. Understanding the gene pool of endangered species is crucial for conserving biodiversity in the global ecosystem.

Population genetics can also be used to investigate the genetic variation within and among human populations. Differences in allele frequencies underlie the variation in the occurrence of certain hereditary diseases, such as Tay-Sachs disease in the Ashkenazi Jewish population or beta-thalassemia in Mediterranean populations.

Population genetics is also used to understand the genetic basis of other human characteristics. For instance, population genetics has been used to study how natural selection has shaped innate immunity, body height, and longevity.