Transition metals are a group of elements located in the d-block. They are placed between the main group elements and exhibit unique characteristics, such as electrical conductivity, colors, hardness, high melting points, and magnetism.

Many of these characteristics are attributed to the filling of d orbitals. Moving across the period, electrons are added following the Aufbau principle. However, the outermost s orbital is filled first, before the electron enters the (n − 1) d subshell, with some exceptions. Chromium and copper have a half-filled s orbital because it is energetically more favored to have a half-filled or full d subshell.

The atomic size of transition metals decreases slightly across a period. As the electrons enter the d subshell, the number of valence electrons in the outermost s orbital remains steady, leading to an overall constant nuclear charge. Down the column, the trend increases from the fourth to the fifth period, but not below.

The 6th period contains 14 additional elements of the lanthanide series, where electrons enter the (n − 2)f subshell before entering the (n − 1)d subshell. Electrons located in the f orbitals do not sufficiently shield the valence electrons in the outermost s orbital, resulting in an increased effective nuclear charge. Thus, the valence electrons are attracted more strongly, leading to smaller than expected atomic radii. This is known as the Lanthanide contraction.

Similarly, the transition elements’ electronegativity is influenced by its atomic size and nuclear charge. Moving across a period, it increases only slightly. Down the column, the electronegativity increases from the fourth to the fifth period but remains constant in the sixth period. This is attributed to a decrease in atomic size and an increase in the nuclear charge.

The ionization energy of transition metals increases slightly across a period. Interestingly, down the column, it is higher for the 6th period than the 4th and 5th periods. Here, the valence electrons are held more tightly as the nuclear charge increases with a negligible increase in atomic size. 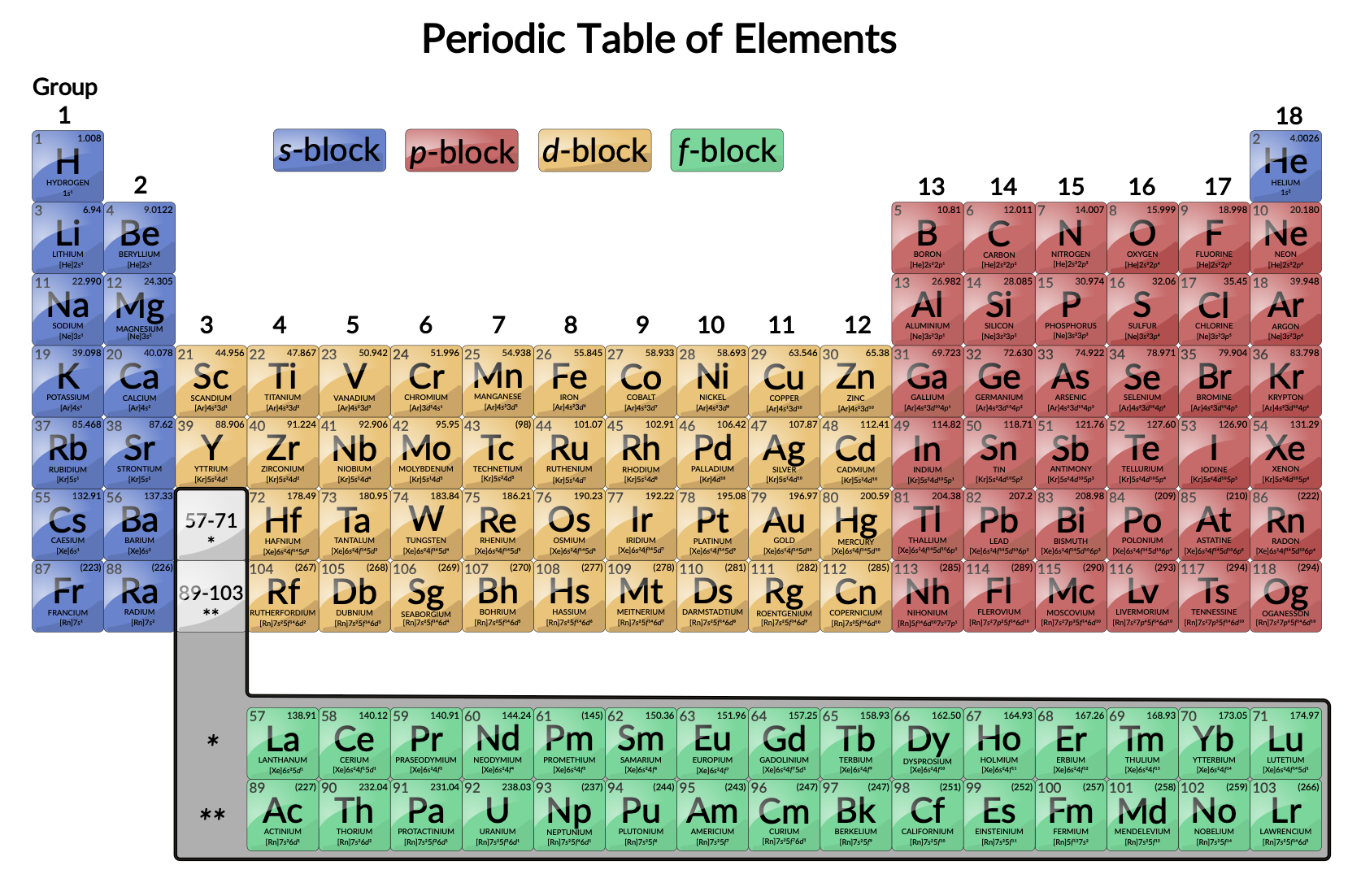 The transition elements have many properties in common with other metals. They are almost all hard, high-melting solids that conduct heat and electricity well. They readily form alloys and lose electrons to form stable cations. In addition, transition metals form a wide variety of stable coordination compounds, in which the central metal atom or ion acts as a Lewis acid and accepts one or more pairs of electrons. Many different molecules and ions can donate lone pairs to the metal center, serving as Lewis bases.

Properties of the Transition Elements

Transition metals demonstrate a wide range of chemical behaviors. Some transition metals are strong reducing agents, whereas others have very low reactivity. For example, the lanthanides all form stable 3+ aqueous cations. The driving force for such oxidations is similar to that of alkaline earth metals such as Be or Mg, forming Be2+ and Mg2+. On the other hand, materials like platinum and gold have much higher reduction potentials. Their ability to resist oxidation makes them useful materials for constructing circuits and jewelry.

Ions of the lighter d-block elements, such as Cr3+, Fe3+, and Co2+, form colorful hydrated ions that are stable in water. However, ions in the period just below these (Mo3+, Ru3+, and Ir2+) are unstable and react readily with oxygen from the air. The majority of simple, water-stable ions formed by the heavier d-block elements are oxyanions such as MoO42− and  ReO4−.

Ruthenium, osmium, rhodium, iridium, palladium, and platinum are the platinum metals. With difficulty, they form simple cations that are stable in water, and, unlike the earlier elements in the second and third transition series, they do not form stable oxyanions.

Both the d- and f-block elements react with nonmetals to form binary compounds; heating is often required. These elements react with halogens to form a variety of halides ranging in oxidation state from +1 to +6. On heating, oxygen reacts with all of the transition elements except palladium, platinum, silver, and gold. The oxides of these latter metals can be formed using other reactants, but they decompose upon heating. The f-block elements, the elements of group 3, and the elements of the first transition series except copper react with aqueous solutions of acids, forming hydrogen gas and solutions of the corresponding salts.

For the elements scandium through manganese (the first half of the first transition series), the highest oxidation state corresponds to the loss of all of the electrons in both the s and d orbitals of their valence shells. The titanium(IV) ion, for example, is formed when the titanium atom loses its two 3d and two 4s electrons. These highest oxidation states are the most stable forms of scandium, titanium, and vanadium. However, it is not possible to continue to remove all of the valence electrons from metals as we continue through the series. Iron is known to form oxidation states from +2 to +6, with iron(II) and iron(III) being the most common. Most of the elements of the first transition series form ions with a charge of 2+ or 3+ that are stable in water, although those of the early members of the series can be readily oxidized by air.

The elements of the second and third transition series generally are more stable in higher oxidation states than are the elements of the first series. In general, the atomic radius increases down a group, which leads to the ions of the second and third series being larger than are those in the first series. Removing electrons from orbitals that are located farther from the nucleus is easier than removing electrons close to the nucleus. For example, molybdenum and tungsten, members of group 6, are limited mostly to an oxidation state of +6 in aqueous solution. Chromium, the lightest member of the group, forms stable Cr3+ ions in water and, in the absence of air, less stable Cr2+ ions. The sulfide with the highest oxidation state for chromium is Cr2S3, which contains the Cr3+ ion. Molybdenum and tungsten form sulfides in which the metals exhibit oxidation states of +4 and +6.

This text is adapted from Openstax, Chemistry 2e, Chapter 19.1 Occurrence, Preparation, and Properties of Transition Metals and Their Compounds.