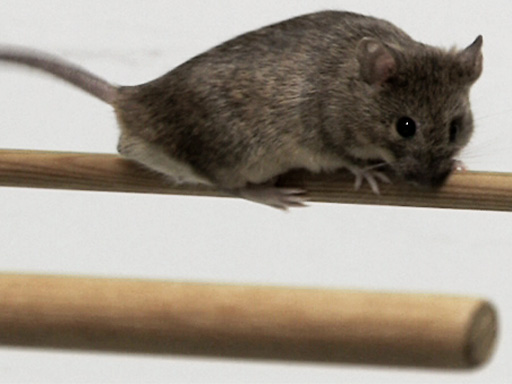 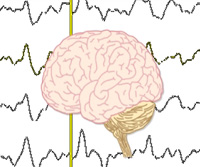 An Introduction to Neurophysiology
Published Today 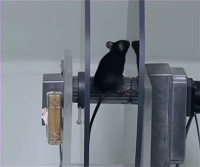 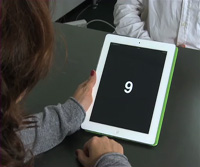 An Introduction to Cognition
Published Today

Spatial learning and memory are neurological functions that allow us to remember important details associated with our environment. Scientists test this phenomenon in rodents using different types of mazes like Morris water maze, Radial water maze, and Barnes maze. By investigating spatial memory in rodents, neurobehavioral scientists can gain valuable understanding of how these processes are altered following brain damage in humans.

Here, the neurobiology behind spatial memory is briefly reviewed and some general principles behind maze tests are discussed. Then, the video explains generalized protocols on how to conduct trials with specific types of mazes. Lastly, it will explain how behavioral researchers are using these tools to conduct some specific experiments.

Spatial learning and memory are neurological functions that allow us to remember things associated with our environment. They enable us to do simple tasks, like avoid dangerous areas based on our previous experience, and remind us where we keep our stuff. To our advantage, or disadvantage, similar traits are observed in rodents, making them excellent models to study this phenomenon, which behavioral scientists do with the help of mazes.

This video will briefly review the principles and neurobiology of spatial learning and memory, generalized protocols to run experiments with different types of mazes, and how neurobehavioral researchers are using these tools in labs today.

Let's begin with a brief overview of spatial learning and memory, and general principles behind maze tests in rodents.

As an organism navigates an unfamiliar environment, it gains information regarding the location of landmarks, obstructions, and points of interest. This spatial information is either transiently incorporated into working memory, or more permanently incorporated into reference memory. The hippocampus plays a unique role in storing this information. Studies using functional Magnetic Resonance Imaging or fMRI have shown that portions of the hippocampus are active during tasks testing spatial learning and memory.

Behavioral researchers examine spatial learning and memory in rodents by manipulating the organism's surroundings with the help of mazes. In a broad sense, a maze is any type of artificial environment that a rodent must navigate to reach a target. Typically, these mazes employ a negative stimulus, such as light or water that pushes the animal to travel and arrive at a specific. The path as well as time taken by a rodent to complete this process serves as a parameter to quantify spatial learning and memory.

Now that you've learned about the principles behind spatial learning and memory, let's discuss general protocols of experiments involving different types of mazes.

First, let's look at the Morris water maze, which is a classical test performed to assess spatial learning and reference memory. This maze consists of a circular tank filled with water. Visual cues are arranged around the maze to associate each quadrant with a specific symbol. A platform is then introduced, and for training purposes is raised above the water. Although rodents can swim, they don't prefer to; therefore water serves as a negative stimulus and they try and reach the platform. A rodent should learn to associate the location of the platform with the location of a specific visual cue.

The next maze that we'll discuss is the radial water maze, which is used to assess working and reference memory. As the name indicates, this maze involves eight radial arms placed in a water-filled tank. Here, water again serves as the negative stimulus, which prods the animal to find a platform placed at the end of one of the arms. Visual cues are usually placed around the maze periphery. Initially, submerged platforms are located randomly at the ends of some of the arms, and for the training trials a rodent is placed in a start arm without a platform. The rodent then swims until it reaches one of the platforms. This can be repeated several times, and the data collected during this phase can be used to assess working memory or spatial learning.

Lastly, let's discuss the Barnes maze, which follows the same principles as the Morris water maze, but is dry, which makes it less stressful for these terrestrial animals.

This maze consists of a board with holes around its circumference over which bright lights are placed. Rodents are nocturnal, so the light serves as a negative stimulus. Like other mazes, visual cues are located around the board. For training trials, one hole remains open; this is the goal of the maze since it leads to a dark cage away from the aversive light.

During training trials, a rodent runs the maze several times, and spatial learning is evaluated by observing changes in the amount of time as well as routes a rodent takes to get to the cage hole. To evaluate reference memory, the open hole in the Barnes maze is covered, and recording the time a rodent spends in the quadrant where the cage hole once was, is one way to assess reference memory.

To connect genes with spatial learning and memory, researchers perform genetic manipulations followed by maze tests. In this experiment, scientists inhibited the expression of specific neuronal genes with the help of stereotaxic surgery and then conducted the Morris water maze test. The results of the test provided information regarding the role of targeted genes in spatial learning and memory.

Mazes can also be used to evaluate how brain damage affects spatial memory. In this experiment, researchers analyzed the effect of hypoxic brain injury caused by low-oxygen concentrations on spatial memory in the radial arm water maze test. Scientists demonstrated that such damage negatively affected both working memory and reference memory.

Finally, mazes can be paired with drugs or chemicals to evaluate their effects. In this particular study, mice were treated with increasing concentrations of bisphenol A, or BPA, and tested in the Barnes maze. The results demonstrated that mice receiving higher doses of BPA demonstrated defects in spatial learning, evidenced by increased latency to reach the cage hole in successive trials.