The non-human primate is an important translational species for our understanding of the normal processing of the brain. The anatomical organization of the primate brain can provide important insights into normal and pathological conditions in humans.

The use of non-human primates provides an excellent translational model for our understanding of developmental and aging processes in humans1-6. In addition, the use of non-human primates has recently afforded the opportunity to naturally model complex psychiatric disorders such as alcohol abuse7. Here we describe a technique for blocking the brain in the coronal plane of the vervet monkey (Chlorocebus aethiops sabeus) in the intact skull in stereotaxic space. The method described here provides a standard plane of section between blocks and subjects and minimizes partial sections between blocks. Sectioning a block of tissue in the coronal plane also facilitates the delineation of an area of interest. This method provides manageable sized blocks since a single hemisphere of the vervet monkey yields more than 1200 sections when slicing at 50μm. Furthermore by blocking the brain into 1cm blocks, it facilitates penetration of sucrose for cyroprotection and allows the block to be sliced on a standard cryostat.

Part 3: Removing the brain from the skull

There are a number of gross morphological measurements that can be made once the brain has been removed from the skull. These include A/P length, weight, and specific density (Table 1). We generally block the brain into 6-7 blocks measuring 1cm (Figure 1). Each piece is then photographed (Figure 2) and can be further dissected depending on research needs or prepared for freezing in graded sucrose solutions. 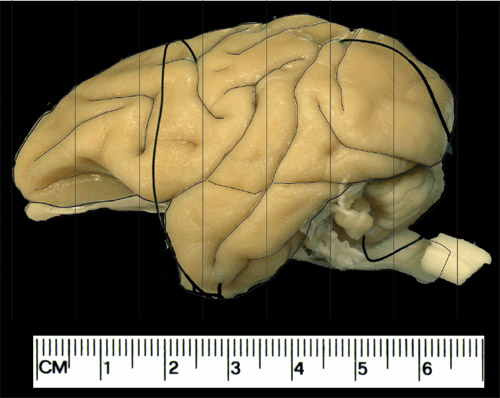 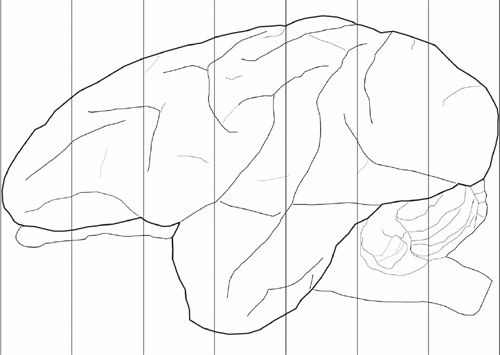 Figure 1. Schematics for the coronal planes used for blocking the brain. This is an example of an externalized adult vervet brain. Example of the blocking procedure. The vertical lines here are spaced at 1cm, typically producing 7 coronal blocks from each hemisphere. 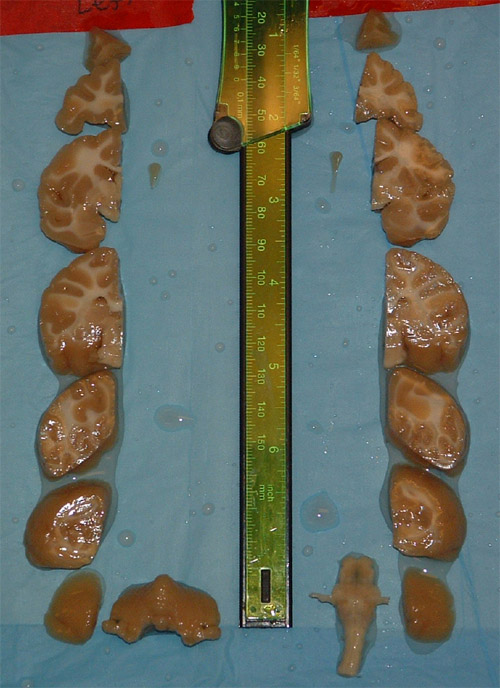 Figure 2. Blocks of brain tissue in stereotaxic space.Each block will yield approximately 200 sections taken at 50µm. With this sampling scheme over 1200 sections through the cortex will be taken and an additional 400-500 from the cerebellum when sliced in the coronal plane.

The St. Kitts vervet (Chlorocebus aethiops sabeus) is an Old World primate with similar patterns and rates of cortical and subcortical brain development to that of humans. This species has been used to model complex human behavioral disorders like anxious behavior, hypertension8, hemispherectomy9, Parkinson’s disease10, Alzhemier’s disease11, and alcohol abuse12. More recently, this species has been used to study the neuroanatomical effects of naturalistic prenatal ethanol exposure. Pregnant vervets were allowed to drink the equivalent of 3-5 standard drinks four times a week during the third trimester and we report that there is a 35% reduction of neurons in the frontal cortex13. The brains for this study were stereotaxically blocked such that only 3 of 7 blocks needed to be sectioned to complete the stereological evaluation of the frontal cortex. This particular technique is not limited to the non-human primate brain, but can be extended to rodent brains as well. For example, if the somatosensory cortex of a rat is the region of interest, a stereotaxic cut anterior and posterior to that region can be made using the rodent stereotaxic frame. This provides a small region to section and a standard coronal plane between animals. It is important to note that the blade must be fully retracted from the brain before any medial-lateral movement is made with the stereotaxic manipulator otherwise the blade will un-necessarily damage the brain.

The authors would like to thank Ikiel Ptito for his continued technical support. NSERC grant to MP. 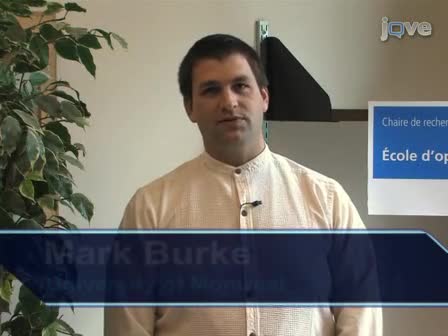