Visualization of in vivo RNA transport is accomplished by microinjection of fluorescently labeled RNA transcripts into Xenopus oocytes, followed by confocal microscopy.

RNA localization is a conserved mechanism of establishing cell polarity. Vg1 mRNA localizes to the vegetal pole of Xenopus laevis oocytes and acts to spatially restrict gene expression of Vg1 protein. Tight control of Vg1 distribution in this manner is required for proper germ layer specification in the developing embryo. RNA sequence elements in the 3' UTR of the mRNA, the Vg1 localization element (VLE) are required and sufficient to direct transport. To study the recognition and transport of Vg1 mRNA in vivo, we have developed an imaging technique that allows extensive analysis of trans-factor directed transport mechanisms via a simple visual readout.

To visualize RNA localization, we synthesize fluorescently labeled VLE RNA and microinject this transcript into individual oocytes. After oocyte culture to allow transport of the injected RNA, oocytes are fixed and dehydrated prior to imaging by confocal microscopy. Visualization of mRNA localization patterns provides a readout for monitoring the complete pathway of RNA transport and for identifying roles in directing RNA transport for cis-acting elements within the transcript and trans-acting factors that bind to the VLE (Lewis et al., 2008, Messitt et al., 2008). We have extended this technique through co-localization with additional RNAs and proteins (Gagnon and Mowry, 2009, Messitt et al., 2008), and in combination with disruption of motor proteins and the cytoskeleton (Messitt et al., 2008) to probe mechanisms underlying mRNA localization.

Figure 1: Visualization of Subcellular RNA Localization by Microinjection of Fluorescently Labelled Transcripts.  A.  Following microinjection, RNA labeled with Alexa Fluor 546 is initially restricted to the nucleus. B. After eight hours of culture, a fluorescently labeled control RNA can be seen uniformly distributed in the cytoplasm of the oocyte. C. However, fluorescently labeled RNA containing sequences that recruit the transport machinery can be seen in the process of subcellular localization to the vegetal pole of the oocyte (towards bottom). Scale bar = 50 μm.

Here we have presented a protocol for visualizing mRNA localization in Xenopus oocytes. This method, using fluorescently labeled RNA transcripts has higher signal to noise ratio than previously obtained with digoxigenin-labeled transcripts and is simpler and faster than in-situ based approaches (Mowry and Melton, 1992, Gautreau et al., 1997). Using this method, we can engineer RNA sequence mutations and rapidly test for in vivo function. Further, by using additional Alexa-UTP fluorophores, multiple RNA species can be visualized in the same oocyte. We have found that in Xenopus oocytes Alexa Fluor 546-14-UTP gives superior results as compared with Alexa Fluor 488-5-UTP because of autofluorescence in the 488 nm wavelength range; however, dual imaging of two RNAs is nonetheless possible (Gagnon and Mowry, 2009). Also, this technique works well in conjunction with immunostaining protocols to detect protein colocalization, as a wide variety of compatible fluorescent secondary antibodies are available (Yoon and Mowry, 2006, Messitt et al., 2008). Finally, disruption of the RNA localization process through over-expression of dominant negative factors or small molecule interference can be combined with this assay to visualize subtle defects in the mRNA localization pathway (Messitt et al., 2008). This technique has proven to be a relatively simple and robust assay for detecting mRNA distribution in vivo and can be integrated easily into existing biochemical, molecular and cell biological techniques for probing mechanisms of mRNA transport.

Experiments using laboratory animals were performed in accordance with the guidelines and regulations set forth by Brown University.

Our work on RNA localization is supported by a grant from the NIH (R01GM071049) to KLM.

A correction was made to Visualizing RNA Localization in Xenopus Oocytes. There was an error in step 2 of part 1. Some characters in the reagents table had the incorrect symbols. This was corrected to: 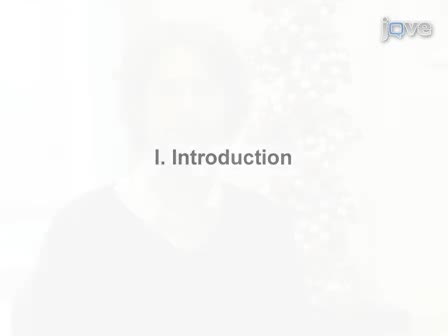