Procedure for fertilizing Xenopus oocytes by the host transfer method.

Studying the contribution of maternally inherited molecules to vertebrate early development is often hampered by the time and expense necessary to generate maternal-effect mutant animals. Additionally, many of the techniques to overexpress or inhibit gene function in organisms such as Xenopus and zebrafish fail to sufficiently target critical maternal signaling pathways, such as Wnt signaling. In Xenopus, manipulating gene function in cultured oocytes and subsequently fertilizing them can ameliorate these problems to some extent. Oocytes are manually defolliculated from donor ovary tissue, injected or treated in culture as desired, and then stimulated with progesterone to induce maturation. Next, the oocytes are introduced into the body cavity of an ovulating host female frog, whereupon they will be translocated through the host's oviduct and acquire modifications and jelly coats necessary for fertilization. The resulting embryos can then be raised to the desired stage and analyzed for the effects of any experimental perturbations. This host-transfer method has been highly effective in uncovering basic mechanisms of early development and allows a wide range of experimental possibilities not available in any other vertebrate model organism.

6. Recovery of Oocytes and in vitro Fertilization

A successful transfer will result in fertilization and normal cleavage of > 50% of the oocytes (Figure 3). Generally between 30-60% of the transferred oocytes will survive past the neurula stages. We usually transfer 75-150 oocytes per experimental group, which will yield enough embryos for several types of analysis (in situ, RT-PCR) as well as visualizing the phenotype. Implanting substantially more oocytes does not seem to greatly increase the yield. Also, at least 30 oocytes per group should be transferred to guarantee that at least some make it through gastrulation. The vital dyes generally do not affect the embryos under the concentrations and conditions described here, although dyes may have adverse effects in certain situations. Classically, Neutral Red has been reported to have phototoxic properties when exposed to strong tungsten based light sources. More recently, Mir and Heasman (2008) have reported that Bismarck Brown can have some toxic effects if the embryos are incubated at low temperatures. Basic precautions such as not excessively dying the oocytes and avoiding extremes of temperature and illumination should eliminate the possibility of vital dye side effects.

The greatest determinants in the success or failure of the method are the quality of the donor oocytes and the host female. There is no foolproof method for determining whether a particular batch of oocytes will fertilize well. Ovary with a high proportion of atretic oocytes should be avoided. Also, we have had poor success with ovary that is heavily vascularized, possibly indicating that resorption is occurring. Oocytes should be kept at 18°C as much as possible and otherwise kept in healthy condition as oocytes will not fertilize if infected or damaged. It also appears, in our lab, that better results are achieved when the defolliculator is more experienced and can isolate and inject large numbers of oocytes in a short time frame. Similarly, care should be taken to select hosts with healthy eggs, although it is never certain that a given frog will make a good host. As with defolliculating, the skill of the surgeon also has a bearing on the success of the procedure. Minimizing the length of time the host is anesthesized seems critical to efficient recovery and fertilization.

The overall timing of the various procedures is critical to successful oocyte transfer experiments. In general, the shorter the time oocytes are kept in culture, the better the overall fertilization and health of the embryos will be. For mRNA knockdown experiments using antisense oligos, oocytes should be cultured at least 24 hours after oligo injection to allow for maximal depletion of the target mRNA and turnover of the oligo. Thus oocytes should be defolliculated as soon as possible and injected the same day. A typical experiment might begin on Monday with oocyte isolation and injection, followed by maturation and stimulation of females on Tuesday evening, and transfer on Wednesday morning. If the target RNA turnover is slow or there is abundant maternal protein, the culture period can be extended to 48 or even 72 hours. We have the best success when the oocytes are transferred within 12 hours of treating with progesterone. Over-mature oocytes begin to deteriorate and generally fertilize poorly. We generally add progesterone and inject females with hCG about 12 hours before performing the transfer, with both oocytes and frogs kept at ~ 18°C overnight.

Although the host-transfer method is labor intensive initially, the basic necessary skills can be acquired without much difficulty. The most common use for this method is to fertilize oocytes that were depleted of specific maternal mRNAs by antisense oligonucleotide injection. Other manipulations such as mRNA overexpression or drug treatment can also be performed. These can often have different results compared with injection following fertilization, owing to increased expression or differential function in eggs versus embryos. E-cadherin overexpression (Heasman et al., 1991) and ultraviolet irradiation (Holwill et al., 1987; Elinson and Pasceri, 1989) are two interesting examples. Preliminary results from our lab also suggest that transgenesis methods using injected integrase or meganucleases may work more efficiently in oocytes as well.

The host transfer technique allows experimentation at both pre- and post-fertilization stages and thus can provide insights not possible in other organisms or even by looking solely at post-fertilization events in Xenopus. Given the importance of maternal signaling pathways in development and difficulty and cost of generating maternal effect mutations in vertebrates, this method is likely to remain a useful tool in the investigation of early development. 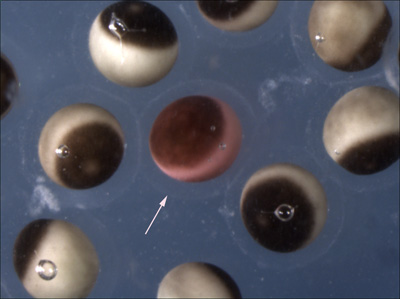 Figure 2. Transfer of cultured oocytes into a host female. (A) a small incision is made in the lower abdomen of the host frog. The muscle layer is elevated slightly to allow introduction of the oocytes. (B) oocytes are vital dyed and placed in the body cavity through the incision. (C) completion of the initial suture in the muscle layer. 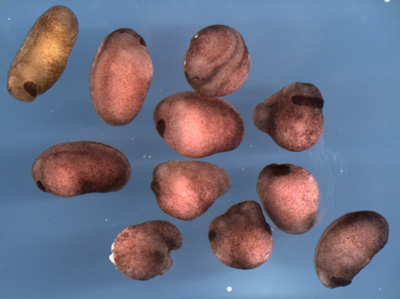 Figure 3. Examples of dividing, transferred oocytes at the 8-16-cell stage, following removal of the jelly coats.

Experiments on animals were performed in accordance with the guidelines and regulations set forth by The University of Iowa IACUC Committee.

The authors would like to thanks members of the Houston lab for critical reading of the manuscript. Research is supported by the National Institutes of Health (GM083999) awarded to D.W.H. 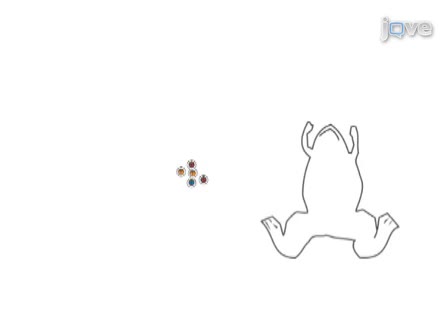