Here we describe a simple assay for the quantification of the feeding response in hydra induced by the reduced form of glutathione. This assay relies on measuring the distance between the apical end of the tentacle and mouth of hydra.

Hydra is the most primitive organism possessing a nervous system and chemosensation for detecting reduced glutathione (GSH) for capturing the prey1. It feeds on a variety of animals such as nematode, crustacea, insect larvae, tadpoles and newly hatched fish1. The movement of these prey organisms causes mechanosensory discharge of the stinging capsules called nematocysts from hydra, which are inserted into the prey2. GSH present in the fluid released from the injured prey subsequently activates the feeding response in hydra which includes curling of the tentacles to bring the prey towards the mouth, opening of the mouth, and consequent engulfing of the prey. Multiple molecules, such as dopamine3, glutamate4, GABA, glycine5, NMDA receptors6, and allatotropin7, have been shown to be involved in the feeding response in hydra. It has also been shown that the chemosensory response induced by GSH is modulated by the feeding status of the animal such that starved hydra exhibited enhanced feeding response1. Such an increase in the GSH sensitivity is biologically relevant since under starvation hydra need to find its prey at higher sensitivity.

1. Hydra Culture and Measurement of the Feeding Response 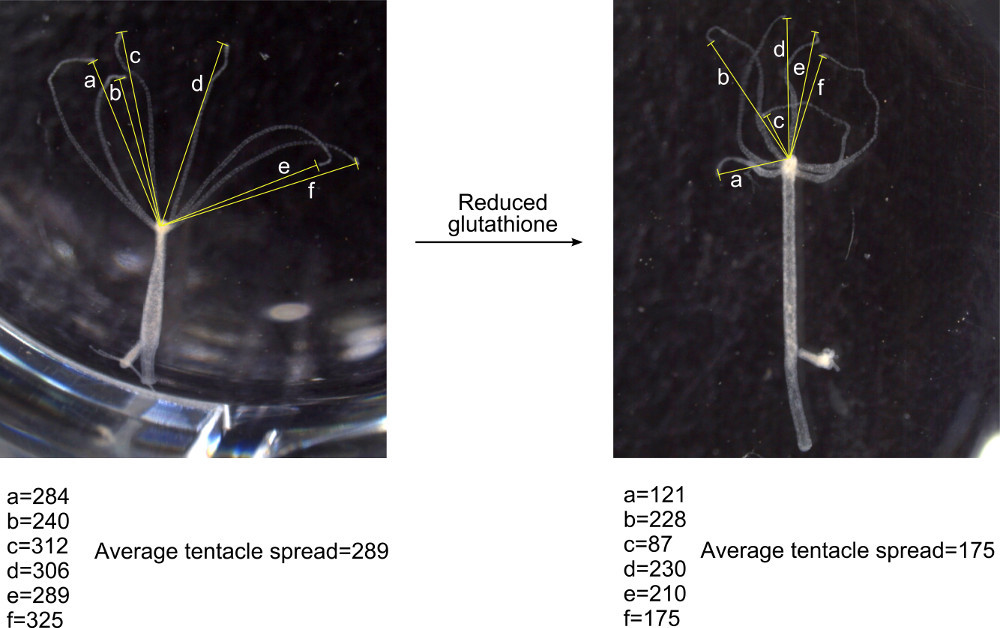 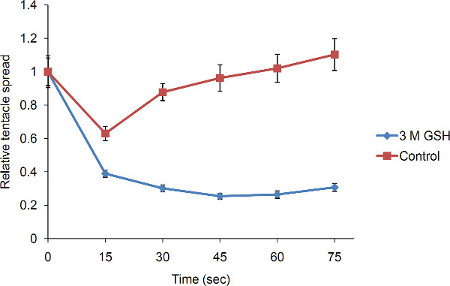 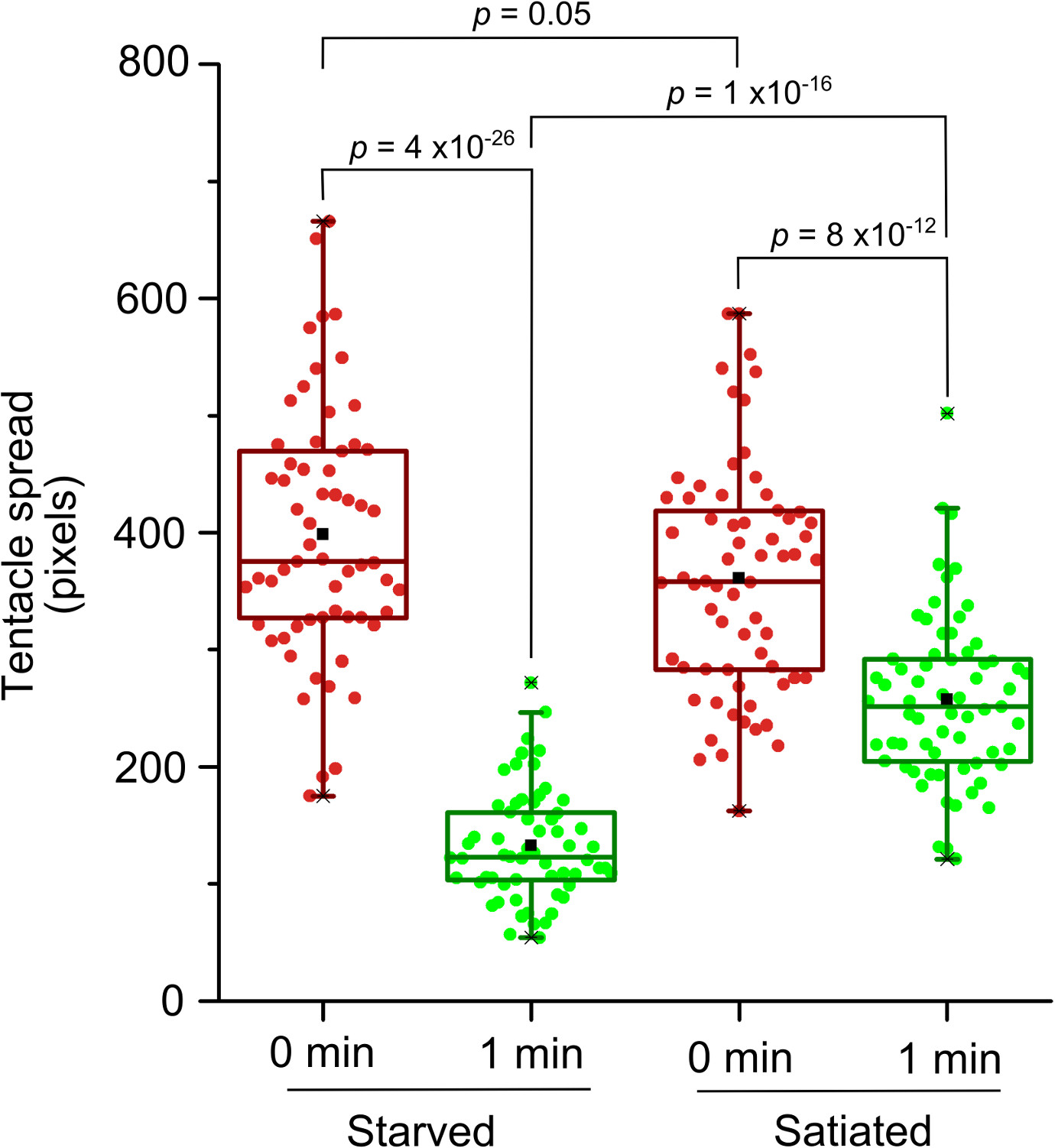 Figure 3: Validation of the method of quantitation of the feeding response using starvation model. X-axis represents the time after addition of 3 µM GSH for starved (n = 61) and satiated (n = 66) groups.

Feeding behavior in hydra represents one of the most ancestral chemosensory systems in the metazoans. Although the presence of GSH in the crustacean fluid released after nematocyst-assisted prey capture was detected long ago1, neither the GSHR protein nor the putative encoding gene/s have been characterized from hydra to date. Few attempts have been made to characterize GSH binding proteins in hydra8, 14, 15. However, the identity of these putative receptor proteins remains obscure and very few other molecular components, which are likely to contribute to the feeding reaction, have been reported to date16, 17. The only characterized GSHR in the animal kingdom is from goldfish18. Classical techniques, such as using the inhibitors of various proteins of the GPCR signaling cascade as well as the advanced molecular biological techniques (RNAi mediated gene silencing and CRISPR-Cas9 mediated genome editing), can provide powerful tools for identification of the molecular components of the GSH signalling cascade in hydra. The scorable readout of such an altered expression and function of the receptor and the other components of the GSH signalling would be altered feeding behavior. It was therefore essential to devise a method for measuring the feeding response in hydra induced by GSH.

Phenotypically, the feeding response involves curling of the tentacles towards the mouth and the subsequent opening of the mouth. Utilizing the former observation we developed a simple and robust method of quantitating the feeding behavior which involves measuring the distance between the apical ends of the tentacle and mouth. It is essential to (1) use the freshly prepared GSH solution, (2) use the appropriate concentration of GSH, and (3) perform the experiment in the laboratory having uniform light intensities and no strong air currents to obtain the reproducible measurement of the GSH-associated feeding behavior. Feeding response-like behavior could also be physically induced by simply adding medium lacking GSH. However, such behavior is transient and not noticeable after 15-30 sec. Therefore, it was necessary to include this control in the experiment and to measure the feeding response only after such the response caused by the mechanical disturbance is completely ceased. To minimize the variation in the mechanical disturbance-induced tentacular contraction caused by variable flow rate with which glutathione solution is added, it would also be feasible to substitute manual dispensing of the test solution with a mechanical device as described earlier19. Mechanized dispensing of glutathione solution would enable tighter control of the magnitude and orientation of mechanical stimulus such that it could be uniform across all dispensing events and therefore normalized internally.

Authors are thankful to K. P. Madhu, Nita Beliappa and staff of the Media Centre of Indian Institute of Science Education and Research, Pune for their help in the video production. The work was supported by funding under the Centre of Excellence program of Department of Biotechnology, Government of India to SG and postdoctoral fellowship by Department of Science and Technology, Government of India to RK. 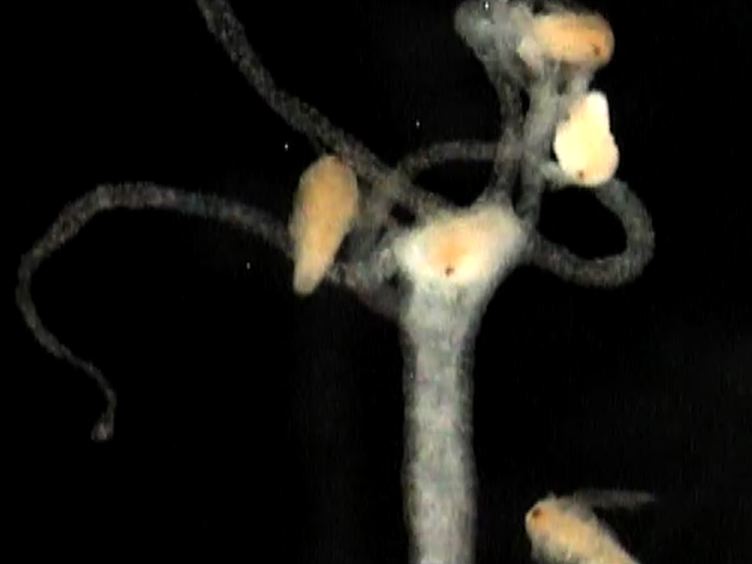