The hot stamping and cold die quenching process is increasingly used to form complex shaped structural components of sheet metals. Conventional experimental approaches, such as out-of-plane and in-plane tests, are not applicable to the determination of forming limits when heating and rapid cooling processes are introduced prior to forming for tests conducted under hot stamping conditions. A novel in-plane biaxial testing system was designed and used for the determination of forming limits of sheet metals at various strain paths, temperatures, and strain rates after heating and cooling processes in a resistance heating uniaxial testing machine. The core part of the biaxial testing system is a biaxial apparatus, which transfers a uniaxial force provided by the uniaxial testing machine to a biaxial force. One type of cruciform specimen was designed and verified for the formability test of aluminum alloy 6082 using the proposed biaxial testing system. The digital image correlation (DIC) system with a high-speed camera was used for taking strain measurements of a specimen during a deformation. The aim of proposing this biaxial testing system is to enable the forming limits of an alloy to be determined at various temperatures and strain rates under hot stamping conditions.

The automotive industry is facing a huge global challenge of reducing fuel consumption and minimizing environmental pollution from vehicle emissions. Weight reduction is beneficial to improving the performance of automobiles and can directly reduce energy consumption1. Due to the low formability of sheet metals at room temperature, hot stamping and cold die quenching processes (referred to as hot stamping)2 are used to improve the formability of alloys and thus to obtain complex shaped components in automotive applications.

A forming limit diagram (FLD) is a useful tool to evaluate the formability of an alloy3. Out-of-plane tests, such as the Nakazima test4,5, and in-plane tests, such as the Marciniak test6,7,8, are conventional experimental methods to obtain the FLDs of sheet metals under various conditions9,10,11. A servo-hydraulic biaxial testing machine has also been used to investigate the formability of alloys at room temperature12,13.

However, none of the methods above are applicable to formability tests under hot stamping conditions, since a cooling process prior to forming is required along with control of the heating and cooling rates. The deformation temperature and strain rate are difficult to obtain accurately. Therefore, a novel formability testing system is proposed in this study to experimentally determine the forming limits of sheet metals under hot stamping conditions.

2. Assembly of the Biaxial Testing Apparatus

3. Setup of the Heating and Quenching System

4. Setup of the DIC System

Since FLDs are highly strain path-dependent, the linearity of the strain path for each test condition was verified by analyzing the DIC results; the strain paths are proportional throughout deformation for each test condition. The range of the minor-to-major strain ratio is approximately -0.37 (uniaxial condition) to 0.26 (near biaxial condition). By processing data for different AA6082 conditions, forming limit data for different strain paths were determined and hence, the FLDs for AA6082 at hot stamping conditions were obtained through curve fitting. In Figure 3, forming limit data were obtained at various temperatures, strain rates, and strain paths after the heating and cooling processes. The fitted dashed lines indicate the formability of this alloy, AA6082. A forming limit curve identifies the boundary between uniform deformation and the onset of plastic instability or diffuse necking, which lead to failure. The region above the curve represents potential failure, and the region below the curve is regarded as a safety region, where uniform deformation occurs at the corresponding testing conditions. A higher FLC indicates that the material has better formability if the shape remains the same.

In Figure 4 (b), there is a monotonic increase in the forming limit from 370 °C to 510 °C. This indicates that high formability of AA6082 can be obtained at a higher temperature under hot stamping conditions. The three forming limit curves are quite close to each other on the left side of the FLD, which means that the sensitivity of temperature dependence is larger for tension-tension biaxial strain paths than for tension-compression strain paths. 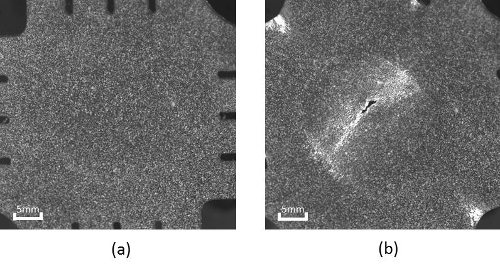 Figure 1: An example of a stochastic pattern in a cruciform specimen before biaxial stretching (a) and after biaxial stretching (b). The pattern with white dots on a black background is captured by the high-speed camera during tests. The size and density of the speckles within a pattern are subjected to the standard requirements of DIC analysis15. Please click here to view a larger version of this figure. 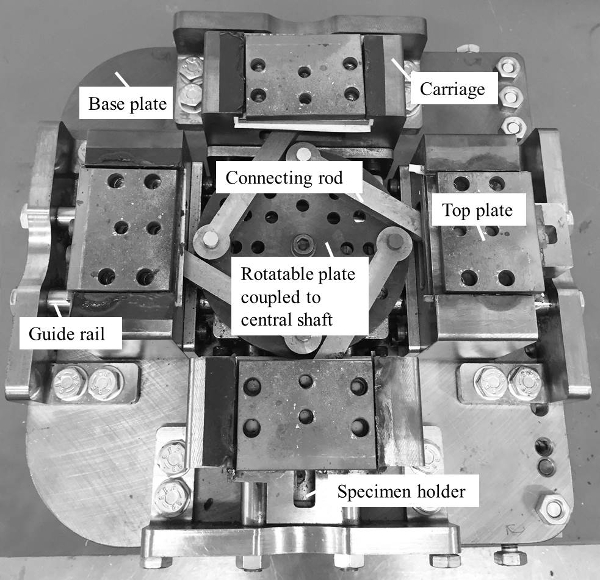 Figure 2: The assembled biaxial testing apparatus. The apparatus includes a base plate, a central shaft, rotatable plates, carriages, guide rails, and connecting rods. It is mounted in the chamber of the resistance heating uniaxial testing machine. Key components have been marked in the figure. Please click here to view a larger version of this figure. 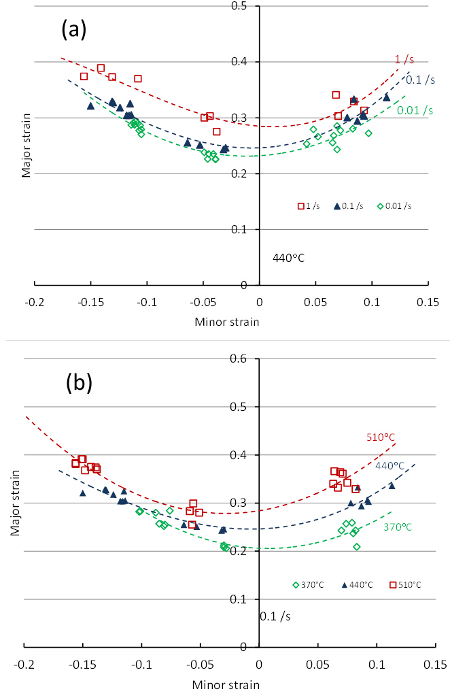 Figure 4: FLDs of AA6082 at (a) different strain rates and (b) different temperatures under hot stamping conditions. The symbols are the results of the forming limits under different conditions. The dashed lines were obtained through the polynomial fitting algorithm. Please click here to view a larger version of this figure.

Conventional formability test methods used to determine forming limits are usually applicable only at room temperature. The presented technique can be used to evaluate the formability of metals for hot sheet stamping applications by introducing a novel biaxial testing apparatus to a resistance heating uniaxial testing machine. This cannot be performed using conventional methods for hot stamping applications. The setup of heating and cooling systems and the DIC system is critical to controlling the uniformity of temperature distribution in a specimen and thus to recording the deformation history of stretching specimens.

In this technique, the heating and cooling rates can be precisely controlled by the uniaxial tensile test machine for complex forming process applications. The biaxial mechanism has a relatively simple configuration, which reduces the cost and complexity of biaxial tensile testing compared to traditional biaxial testing mechanisms. However, temperature fields made by resistance heating are affected by specimen design in this testing system, and temperature gradients on a specimen cannot be avoided. No existing standard specimen design is available for this type of biaxial testing.

In summary, this is the first time that an FLD of alloys under hot stamping conditions was obtained. High forming speeds and high temperatures within the designated ranges are beneficial for enhancing the forming limits of AA6082 under hot stamping conditions. This novel technique can be used to determine the forming limits of sheet metals under complex testing conditions. The obtained experimental results can be used to develop a material model that predicts the thermo-mechanical behavior and the formability of an alloy. The mechanism of the apparatus can be modified to conduct formability tests subjected to non-linear strain paths in the future.

This research was supported by the European Union's Seventh Framework Programme (FP7/2007-2013) under grant agreement No. 604240, project title "An industrial system enabling the use of a patented, lab-proven materials processing technology for Low Cost forming of Lightweight structures for transportation industries (LoCoLite)." 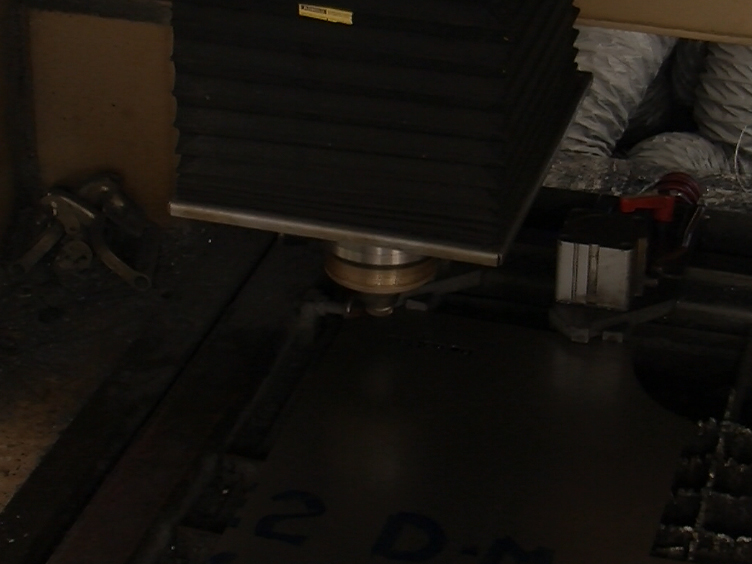