Exposure to environmental toxins can acutely impact developing embryos. Endocrine disrupting chemicals such as bisphenols are known to adversely affect the nervous system. Here we describe a protocol using an in vitro vertebrate (chick embryo) neuronal network model to study the functional impact of toxin exposure on early embryos.

Bis-phenols, such as bis-phenol A (BPA) and bis-phenol-S (BPS), are polymerizing agents widely used in the production of plastics and numerous everyday products. They are classified as endocrine disrupting compounds (EDC) with estradiol-like properties. Long-term exposure to EDCs, even at low doses, has been linked with various health defects including cancer, behavioral disorders, and infertility, with greater vulnerability during early developmental periods. To study the effects of BPA on the development of neuronal function, we used an in vitro neuronal network derived from the early chick embryonic brain as a model. We found that exposure to BPA affected the development of network activity, specifically spiking activity and synchronization. A change in network activity is the crucial link between the molecular target of a drug or compound and its effect on behavioral outcome. Multi-electrode arrays are increasingly becoming useful tools to study the effects of drugs on network activity in vitro. There are several systems available in the market and, although there are variations in the number of electrodes, the type and quality of the electrode array and the analysis software, the basic underlying principles, and the data obtained is the same across the different systems. Although currently limited to analysis of two-dimensional in vitro cultures, these MEA systems are being improved to enable in vivo network activity in brain slices. Here, we provide a detailed protocol for embryonic exposure and recording neuronal network activity and synchrony, along with representative results.

4,4′-Isopropylidenediphenol, commonly referred to as Bisphenol-A or BPA, is an anti-oxidant additive found in a wide variety of polycarbonate and epoxy resin based products ranging from thermal paper, CDs, and shatter proof glass, to the inside coating of beverage cans. Although BPA has been known to be an endocrine disrupting agent that mimics estrogen1, studies on its ill effects due to everyday casual exposure to BPA have mostly come out in the last 10–15 years. The consequences of even low levels of BPA exposure are most profound in early developmental periods, including during embryogenesis through exposure of mothers2,3. In utero exposure of female embryos to endocrine disrupting chemicals has also been linked to increased disease susceptibility from vaginal to breast cancer4,5. Animal studies have demonstrated exposure to BPA leads to atypical brain structure and functional abnormalities manifested in behavior6. As a consequence, the use of BPA in infant feeding bottles has been banned by most regulatory agencies in Europe and North America, including the FDA. To comply with regulations, many manufacturers have switched to 4,4'-sulfonyldiphenol or bisphenol-S (BPS). Based on the fact that BPA and BPS are structural analogues and that recent reports showed comparable potency of BPS in estrogenic transcription7, it is important to study the toxicity of this compound relative to BPA.

Here we describe a protocol to test the effects of BPA (and other EDCs) on networks of neurons using a vertebrate model, the chick embryo. In vitro cultures of neurons form synaptic contacts and generate action potentials (also called spikes). The spiking activity of these cultures can be recorded using multi-electrode array (MEA) systems. Spikes are considered to be in synchrony when they occur within 5 ms of each other. Initial random spiking activity that eventually synchronizes is a key feature of developing neuronal networks8,9. Synchrony can be measured using various methods and several algorithms are described in the literature9,10,11. In our analyses, we use an algorithm developed by Paiva and co-workers12 which is integrated into the recording software which drives the MEA acquisition system. The robust spiking activity of embryonic chick neurons provides a prototype for studying the effect of BPA on neural network activity13. Using multi-electrode arrays to record spiking activity, we observed that BPA exposure inhibits the development of neuronal spiking synchrony9,14. Here, we provide a detailed methodology for studying BPA exposure on chick embryo neurons in culture along with representative results on the development of neuronal spiking synchrony in chick embryonic cultures.

The protocol given below has been standardized to test the effects of BPA exposure during (early) embryogenesis, and may be modified for use with BPS, BPF, or other EDC in chick embryonic neurons.

This protocol follows the institutional policies of Delaware State University and the NIH policy for avian embryos. The protocol also is in confirmation with DSU's material and chemical safety guidelines.

We examined the effect of BPA on synchrony development in chick embryo neuronal cultures. Synchronization of spiking activity is an indicator of the normal development of neuronal networks in vitro. When two spikes occur within 5 ms of each other, they are considered synchronous. In vitro neuronal cultures initially display random spiking activity — spikes occur randomly and the inter-spike intervals show a normal distribution. As the cultures mature, the spiking activity becomes more synchronized and the inter-spike intervals are constant. Synchronous spiking activity of a culture was quantitated by cross-correlation analysis of the spike times using recording software12 to derive a Synchrony Index (SI). We found that BPA exposure adversely affects network activity development by reducing spiking activity and the synchrony index (Figure 2a and 2b). In summary, we have shown that the detrimental effects of BPA exposure on an embryo impacts its development, including neuronal function that can be assessed through synchrony development in chick neurons in culture. 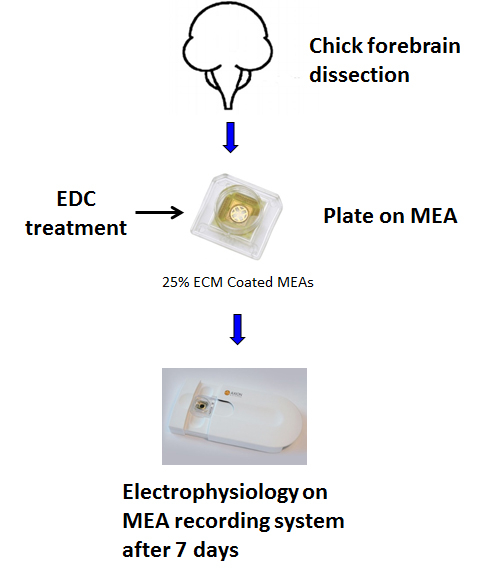 Figure 1: Schematic of the protocol depicting the steps from dissection of chick forebrain to dissociation, plating, and recording of network activity. Please click here to view a larger version of this figure.

Phases of rapid growth and development such as embryogenesis are particularly vulnerable to the detrimental effects of various endocrine-disrupting compounds including BPA. We provide detailed protocols for studying the effects of BPA exposure in an in vitro vertebrate neuronal network model. Using this protocol, we established that BPA lowers the spike rate as well as the synchrony index in the developing neuronal networks (Figure 2a-b).

Our methodology was designed to study BPA exposure during early embryogenesis and can be easily adapted to study the effects of other EDCs. Embryonic neuronal cultures from the chick are relatively easy to establish compared to other vertebrate models, including the rat or mouse. Moreover, there is no requirement for a separate animal room — a simple incubator on a laboratory bench is sufficient to carry out these assays. We describe the use of a multi-electrode system (MEA) for assessing the effect of the EDC, BPA, on network activity. The protocols described here can be applied to other systems. A critical aspect of this protocol is maintenance of sterility. This includes dissection of the embryo under sterile conditions — sterilizing instruments with 70% ethanol and use of sterile Hank's Balanced Salts Solution is sufficient. As the data is collected over a period of weeks, it is critical to maintain sterile handling of the MEAs. The neuronal cultures once established can be cultured long-term - up to three months — and are thus useful for studying long-term exposure to EDCs and other compounds on neuronal networking. Another important aspect of this protocol is the time from dissection to plating. The optimal time is 30 min, including the incubation of the tissue with trypsin. The longer the time taken, the poorer the survival of the cells.

We describe here a basic protocol that can be applied to the assessment of any chemical or drug that affects behavior and neural function. Here, we have used a cell density of 2,200 cells per mm2; however, this can be modified and other cell densities can be used. In general, we have found that increasing cell density increases network activity - more spikes in a shorter time. The method described, although very useful in assessing effects of chemicals on network activity does have limitations. One of the greatest limitations of the method is that these in vitro cultures are two dimensional may not reflect the three-dimensional architecture of the vertebrate brain. This can be overcome by using slice recordings. Another alternative is to apply the treatments to the developing chick embryo by means of a small window cut on the broad end of the egg15, dissect the brain at the end of the treatment regimen, make thick sections on a vibratome, and place onto the MEA for recording network activity.

Our protocol is significant in that it enables examination of the effect of EDCs on the development of network activity and offers the exploration of a mechanistic basis for the effects of these chemicals.

The authors declare that they have no competing interests. 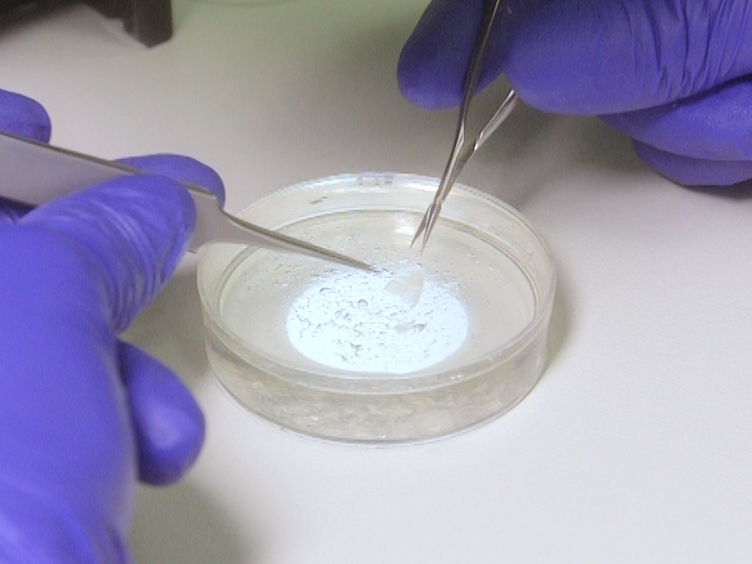