We present a protocol and a feasibility study for applying transcranial direct current stimulation (tDCS) and neuroimaging assessment in online gamers.

Transcranial direct current stimulation (tDCS) is a noninvasive brain stimulation technique that applies a weak electric current to the scalp to modulate neuronal membrane potentials. Compared to other brain stimulation methods, tDCS is relatively safe, simple, and inexpensive to administer.

Since excessive online gaming can negatively affect mental health and daily functioning, developing treatment options for gamers is necessary. Although tDCS over the dorsolateral prefrontal cortex (DLPFC) has demonstrated promising results for various addictions, it has not been tested in gamers. This paper describes a protocol and a feasibility study for applying repeated tDCS over the DLPFC and neuroimaging to examine the underlying neural correlates in gamers.

At baseline, individuals who play online games report average weekly hours spent on games, complete questionnaires on addiction symptoms and self-control, and undergo brain 18F-ﬂuoro-2-deoxyglucose positron emission tomography (FDG-PET). The tDCS protocol consists of 12 sessions over the DLPFC for 4 weeks (anode F3/cathode F4, 2 mA for 30 min per session). Then, a follow-up is conducted using the same protocol as the baseline. Individuals who do not play online games receive only baseline FDG-PET scans without tDCS. Changes of clinical characteristics and asymmetry of regional cerebral metabolic rate of glucose (rCMRglu) in the DLPFC are examined in gamers. In addition, asymmetry of rCMRglu is compared between gamers and non-gamers at baseline.

In our experiment, 15 gamers received tDCS sessions and completed baseline and follow-up scans. Ten non-gamers underwent FDG-PET scans at the baseline. The tDCS reduced addiction symptoms, time spent on games, and increased self-control. Moreover, abnormal asymmetry of rCMRglu in the DLPFC at baseline was alleviated after tDCS.

The current protocol may be useful for assessing treatment efficacy of tDCS and its underlying brain changes in gamers. Further randomized sham-controlled studies are warranted. Moreover, the protocol can be applied to other neurological and psychiatric disorders.

In recent years, increasing attention has been paid to excessive online game use since its associations with negative impact on mental health and daily functioning as well as with internet gaming disorder (IGD) have been reported1,2,3. Although several treatment strategies including pharmacotherapy and cognitive-behavioral therapy have been evaluated, evidence for their effectiveness is limited4.

Previous studies have suggested that IGD may share clinical and neurobiological similarities with other behavioral addictions and substance use disorders5,6. It has been reported that the dorsolateral prefrontal cortex (DLPFC) is closely involved in the pathophysiology of substance and behavioral addiction such as craving7, impulse control8, decision making9, and cognitive flexibility10. Several neuroimaging studies on IGD have reported structural and functional impairments in the DLPFC6. In particular, structural neuroimaging studies revealed a reduction in gray matter density in the DLPFC11,12 and a functional magnetic resonance imaging (fMRI) study found an altered cued-induced activity in the DLPFC of patients with IGD13. In addition, functional asymmetry of the brain may contribute to impulsivity and craving in addictions including IGD. For instance, cue-induced craving for online gaming could be related to right prefrontal activations14. However, alterations of regional cerebral metabolic rate of glucose (rCMRglu) associated with excessive online game use or IGD remain to be further investigated compared to other brain deficits15.

Transcranial direct current stimulation (tDCS) is a noninvasive brain stimulation technique that applies a weak electric current (1-2 mA) through electrodes attached to the scalp to modulate neuronal membrane potentials. Generally, the cortical excitability is increased under the anode electrode and decreased under the cathode electrode16. tDCS has become a popular method because it is simple, inexpensive, and safe to administer compared to other brain stimulation techniques such as transcranial magnetic stimulation (TMS) that uses a magnetic pulse to generate an electrical current in the brain tissue under the coil. According to a recent review, the use of conventional tDCS protocols has not produced any serious adverse effects or irreversible injury and is associated with only mild and transient itching or tingling sensation under the stimulation area17.

Several studies have demonstrated favorable results of tDCS18,19,20 and repetitive TMS21,22 over the DLPFC for treating behavioral and substance addiction. However, further studies are needed to investigate the effects of brain stimulation techniques on online game use and the underlying brain changes.

The aim of this study is to present a protocol for applying repeated sessions of tDCS over the DLPFC and neuroimaging to examine the underlying neural correlates in gamers using 18F-ﬂuoro-2-deoxyglucose positron emission tomography (FDG-PET), as well as to assess its feasibility. Specifically, we focused on changes in addiction symptoms, average time spent on games, self-control, and asymmetry of rCMRglu in the DLPFC.

All experimental procedures presented in this protocol have been approved by the Institutional Review Board and are in accordance with the Declaration of Helsinki. 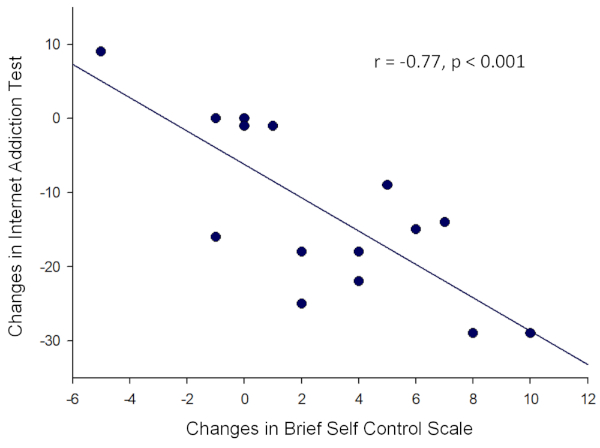 Figure 2: A significant negative correlation between changes in the Brief Self Control Scale and those in the Internet Addiction Test in the gamer group. Please click here to view a larger version of this figure. 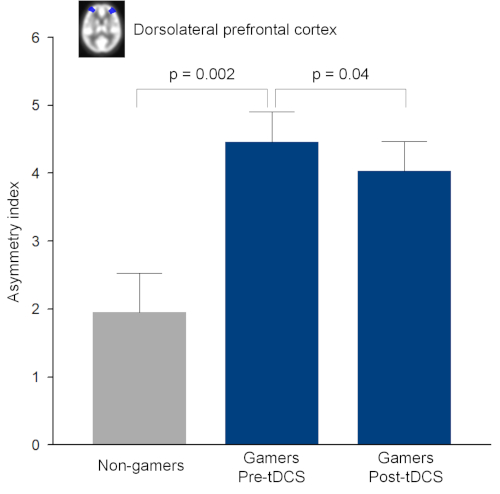 Table 1: Demographic and clinical characteristics of gamers. The gamers received a total of 12 tDCS sessions over the dorsolateral prefrontal cortex (2 mA for 30 min per session, 3 times per week for 4 weeks).

We have presented a tDCS and neuroimaging protocol for online gamers and assessed its feasibility. The results demonstrated that repeated sessions of tDCS over the DLPFC reduced online game addiction symptoms and average time spent on games and increased self-control. An increase in self-control was correlated with a decrease in addiction symptoms. Moreover, the abnormal asymmetry of rCMRglu in the DLPFC where the right side was greater than the left side was improved after the tDCS sessions in the gamer group. These results may suggest the feasibility of tDCS for reducing online game use. However, since our experiment did not have a sham control group and the participants were aware of the aim of the study at the time of recruitment, further randomized sham-controlled studies are warranted to evaluate the efficacy of tDCS in online gamers. In addition, the long-term effects of tDCS should also be investigated.

Although we defined our inclusion criteria broadly to include both normal gamers and individuals with IGD, it may also be informative to only include IGD patients as study participants in future studies. Otherwise, the effects of tDCS can be compared between normal gamers and IGD patients in larger samples. In addition, any contraindications for tDCS such as severe headache, metal in the head, history of seizure or epilepsy, and lesions on the scalp should be carefully screened for safety.

Electrode size influences the current density and the spatial focality. Since smaller electrodes may be associated with not only larger current density but also shunting effect31, electrode sizes between 25 and 35 cm2 are commonly used30. With regard to the stimulation polarity, a previous tDCS study in alcohol dependence reported that both anodal F3/cathodal F4 and anodal F4/cathodal F3 montages significantly reduced alcohol craving18. Thus, the effects of these two montages may also be compared in future tDCS studies in gamers.

For cumulative and long-lasting effects, we applied a total of 12 tDCS sessions over 4 weeks. This schedule consists of a relatively large number of sessions over long period compared to previous tDCS studies32. Recently, remotely supervised portable tDCS has been developed for repeated self-administration at home and would be convenient and time-saving for participants33,34. Since anatomical variability including the head size, skull thickness, and morphologies of cortical gyri and sulci may influence the current distribution, computational models of tDCS can be applied to predict the current flow and to optimize and individualize the electrode montages35.

For the sham tDCS protocol, the current may be set to ramp up to 2 mA over 30 s and ramp down to 0 mA over next 30 s. With this sham protocol, participants have difficulties distinguishing between active and sham stimulation because they feel the same sensations under the electrodes as in active tDCS sessions in the beginning. This initial and short stimulation has been proven to be a reliable technique for sham tDCS36 and to be one of the advantages of tDCS over other noninvasive neuromodulation techniques. Further research is warranted to optimize and standardize various tDCS parameters for gamers.

Regarding the protocol for assessing addiction severity for games, other scales have been developed and validated37, and therefore can be used instead of IAT. In the imaging analysis, although we focused on asymmetry of rCMRglu in the target site, analyzing whole-brain voxel-wise changes in rCMRglu may also be informative. Furthermore, other imaging modalities such as fMRI can be used to investigate changes of the brain induced by tDCS. For instance, an fMRI study reported that bupropion treatment decreased cue-induced activity in the DLPFC in patients with Internet video game addiction38.

Our protocol showed the feasibility and safety for reducing addiction severity and online game use using tDCS and for evaluating the underlying neural correlates. With appropriate modifications, it could be applicable to other neurological and psychiatric disorders.

The City University of New York (CUNY) has IP on neurostimulation system and methods with Marom Bikson as inventor. Marom Bikson has equity in Soterix Medical Inc and serves as a consultant for Boston Scientific Inc. All other authors declare no financial conflicts of interest. 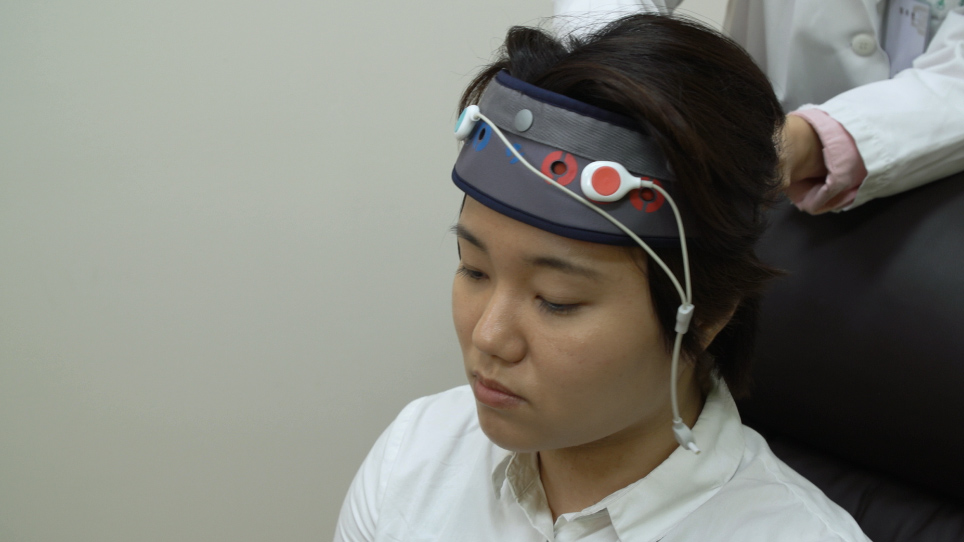