This manuscript describes a protocol to evaluate cancer cell deaths in three dimensional (3D) spheroids of multicellular types of cancer cells using supernatants from Lactobacillus fermentum cell culture, considered as probiotics cultures. The use of 3D cultures to test Lactobacillus cell-free supernatant (LCFS) are a better option than testing in 2D monolayers, especially as L. fermentum can produce anti-cancer effects within the gut. L. fermentum supernatant was identified to possess increased anti-proliferative effects against several colorectal cancer (CRC) cells in 3D culture conditions. Interestingly, these effects were strongly related to the culture model, demonstrating the notable ability of L. fermentum to induce cancer cell death. Stable spheroids were generated from diverse CRCs (colorectal cancer cells) using the protocol presented below. This protocol of generating 3D spheroid is time saving and cost effective. This system was developed to easily investigate the anti-cancer effects of LCFS in multiple types of CRC spheroids. As expected, CRC spheroids treated with LCFS strongly induced cell death during the experiment and expressed specific apoptosis molecular markers as analyzed by qRT-PCR, western blotting, and FACS analysis. Therefore, this method is valuable for exploring cell viability and evaluating the efficacy of anti-cancer drugs.

Probiotics are the most advantageous microorganisms in the gut that improves immune homeostasis and host energy metabolism1. Probiotics from Lactobacillus and Bifidobacterium are the most advanced of its kind found in the intestine2,3. Previous investigations have shown that Lactobacillus has inhibitory and antiproliferative effects on several cancers, including colorectal cancer4. Moreover, probiotics prevent inflammatory bowel diseases, Crohn’s disease, and ulcerative colitis5,6. However, most studies with probiotics were performed in two dimensional (2D) monolayers that are grown on solid surfaces.

Artificial culture systems lack environmental features, which is not natural for cancer cells. To overcome this limitation, three dimensional (3D) culture systems have been developed7,8. Cancer cells in 3D show improvements in terms of basic biological mechanisms, such as cell viability, proliferation, morphology, cell-cell communication, drug sensitivity, and in vivo relevance9,10. Moreover, spheroids are made from multicellular types of colorectal cancer and are dependent on cell-cell interactions and the extracellular matrix (ECM)11. Our previous study has reported that probiotic cell-free supernatant (CFS) produced using Lactobacillus fermentum showed anti-cancer effects on 3D cultures of colorectal cancer (CRC) cells12. We proposed that CFS is a suitable alternative strategy for testing probiotic effects on 3D spheroids12.

NOTE: When collecting spheroids, use a 200 μL pipette and cut the end of the tips to avoid disturbing their structure.

After 48 h, the samples were assessed with cell viability assay, and colorectal cancer cell death was observed upon treatment with LCFS in a dose dependent manner, higher the LCFS amount higher the observed cell death (Figure 3D). We, then, stained the samples with propidium iodide (PI) to observe apoptosis. As expected, the induction of apoptosis was dependent on the LCFS dose (Figure 4A,B,C). RT-PCR was performed to detect the changes in molecular markers of apoptosis i.e., BAX, BAK and NOXA (Figure 5A,B). Lastly, apoptosis markers were studied using western blotting and Annexin V/7AAD through FACS (Figure 6A,B,C,D). These observations show that LCFS effectively induced apoptosis in the 3D model. 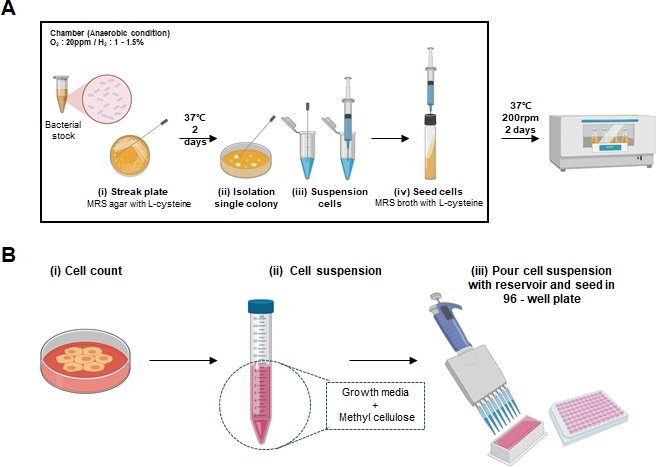 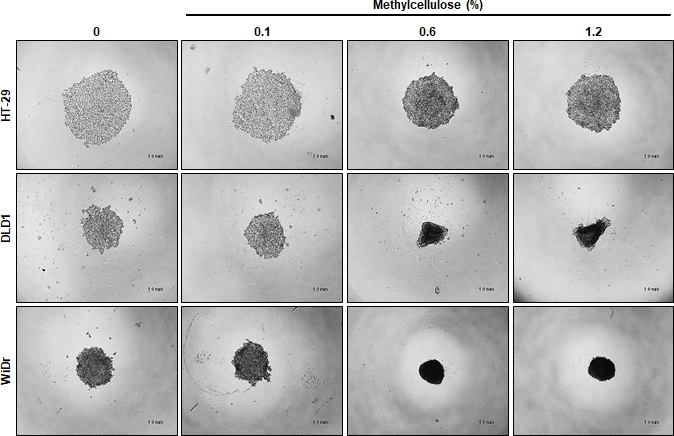 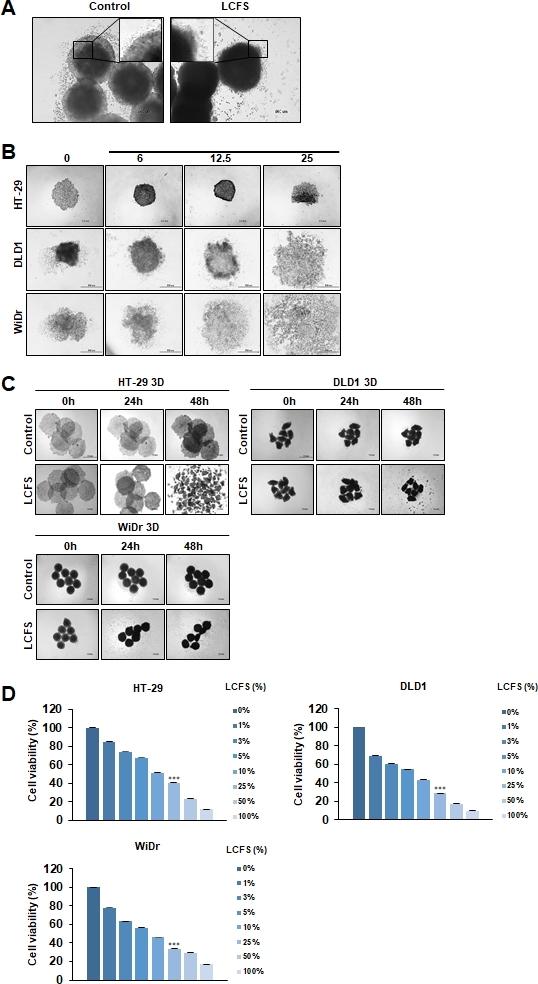 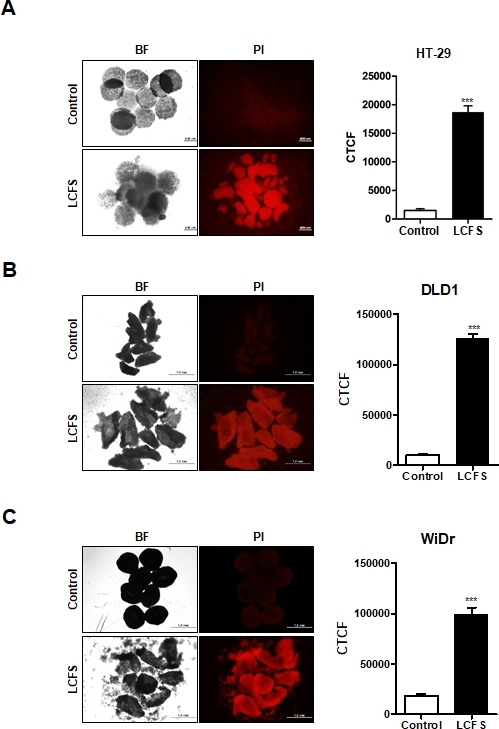 Figure 4: Propidium iodide staining of the spheroids.
Representative images of PI staining in (A) HT-29, (B) DLD1, and (C) WiDr spheroids after 48 h of LCFS treatment. The images were acquired using a fluorescence microscope and the increase in PI intensity was measured using Image J. Scale bar 10 μm. The mean ± SEM is shown. ***, P < 0.05 (n = 3 for each experiment). Please click here to view a larger version of this figure. 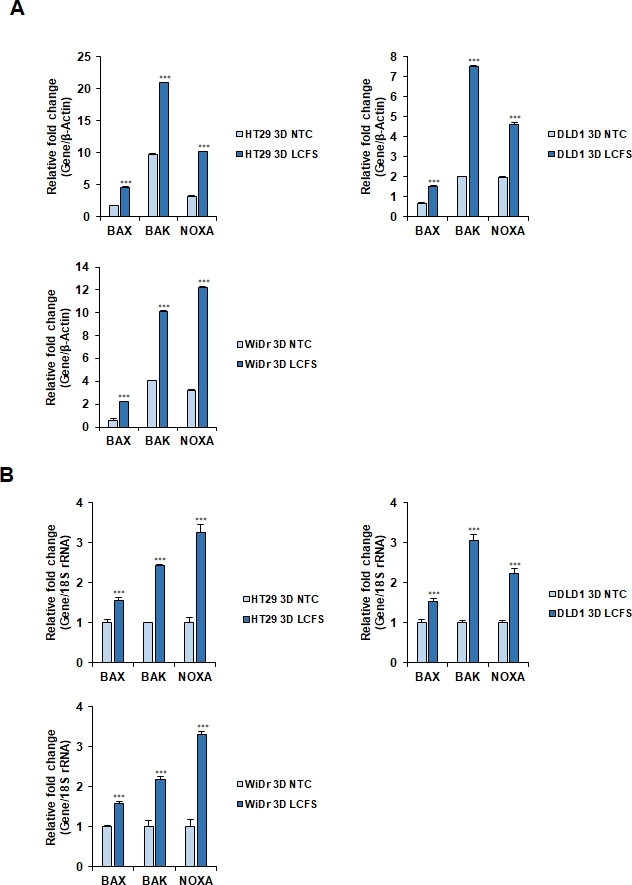 Figure 5: Apoptosis markers were identified using qRT-PCR.
Apoptosis markers, such as BAX, BAK and NOXA, were quantified. mRNA quantification is presented as a relative expression normalized to (A) β-actin and (B) 18s rRNA. The mean ± SEM is shown. ***, P < 0.05 (n=3 for each experiment). Please click here to view a larger version of this figure. 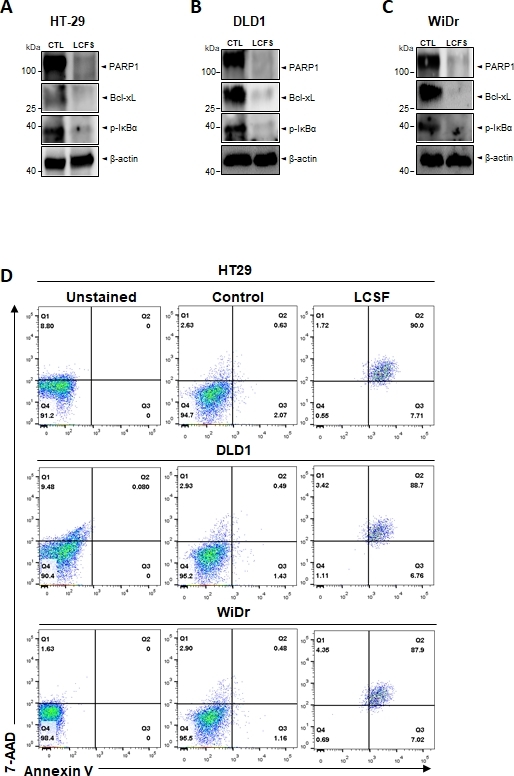 Figure 6: Apoptosis markers were determined via Western blotting and FACS analysis of the spheroids.
Shown in the figure are western blots of (A) HT-29, (B) DLD1, and (C) WiDr cells after LCFS treatment. PARP1, BCL-XL, and p-IκBα was detected. β-actin was used as an internal control. (D) FACS analysis of apoptosis in HT-29, DLD1, and WiDr spheroids incubated with LCFS. Apoptotic cells were detected by the increase in the fluorescence intensity of Annexin V-FITC. Please click here to view a larger version of this figure.

The tissue microenvironment, including neighboring cells and the extracellular matrix (ECM), is fundamental to tissue generation and crucial in the control of cell growth and tissue development13. However, 2D cultures have several disadvantages, such as the disruption of cellular interactions, as well as alterations in cell morphology, extracellular environments, and the approach of division14. 3D cell culture systems have been rigorously studied to better reproduce in vivo effects, and have been proven as more precise systems for in vitro cancer testing15,16. There is a need for model systems to more accurately predict personalized responses to chemotherapeutics17.

3D scaffolding was developed for tissue engineering. It acts as a surrogate loss of ECM, representing the available space of tumor cells. In addition, the scaffolding provides physical interactions for cell adhesion and proliferation and causes cells to form appropriate spatial distributions and cell-ECM or cell-cell interactions18. The methylcellulose (MC) polymer has been continuously studied to determine its suitability in generating MC-based hydrogel systems for applications in 3D cell culture engineering19,20. However, the intact incorporation of these hydrogels into biomaterials like 3D cell networks remains technically challenging21. Therefore, the spheroid formation protocol presented here recommends the titration of MC concentrations and optimization with various time points for each CRC cell line. Cell line-specific characteristics, such as cell aggregation, viability, and death, can significantly affect each of the conditions we tested. This method can provide a means of generating uniform spheroids for testing LCFS on cancer cells.

Probiotics, which are beneficial bacteria, produce active metabolites that can potentially mimic anti-cancer effects. Thus, our study was designed to isolate lactic acid bacteria (LAB) and test the anti-cancer effects of their metabolic extracts from cell-free supernatants (CFS). Our studies provided a method for observing the effects of L. fermentum cell-free supernatants that induces apoptotic cell death in colorectal cancer cells in a 3D system. The mRNA levels of apoptosis markers involved in apoptotic pathways are dramatically induced after LCFS exposure in 3D conditions. Moreover, decreased levels of PARP1 and BCL-XL were expressed in the LCFS-treated 3D spheroid control compared to the control in Figure 4C,D,E. Inhibition of NF-κB activation was, also, observed in 3D cultures after treatment with LCFS. Taken all together, the advantages of culturing cells in 3D include increasing cell-cell interactions and responses to signaling molecules to better mimic in vivo systems. Western blotting using spheroids can lead to quantitative insights into the state of various signaling molecules.

Cell lines have certain limitations as preclinical models of cancer research. Recently, cancer organoids have been utilized in the modeling of personalized anti-cancer therapy22,23. The treatment of LCFS with probiotics in organoids is expected to be used as a powerful platform to test anti-cancer effects. Moreover, we only tested one of the Lactobacillus species among the various probiotics in the cancer model. Various probiotics are, also, being tested for the prevention of metabolic syndrome, immunological, and neurological disorders24,25,26. LCFS from Bifidobacterium, Saccharomyces, Streptococcus, Enterococcus, and Akkermansia species are potential candidates for the testing of health benefits through various types of disease models27,28,29.

Based on this study, it can be concluded that the understanding of signaling in spheroids and the various responses to LCFS treatment in 3D models may be beneficial for testing anti-cancer effects using the method that we proposed. Additionally, 3D cancer models can provide several advantages that are not possible with traditional 2D monolayers.

The authors have no relevant financial disclosures.