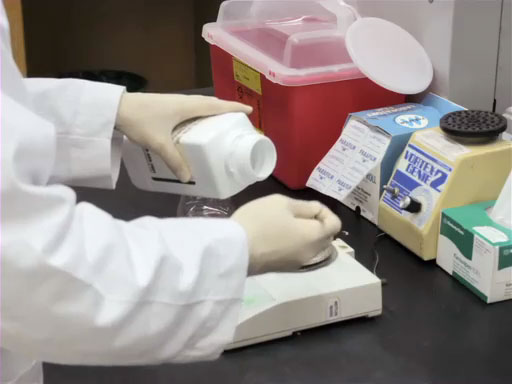 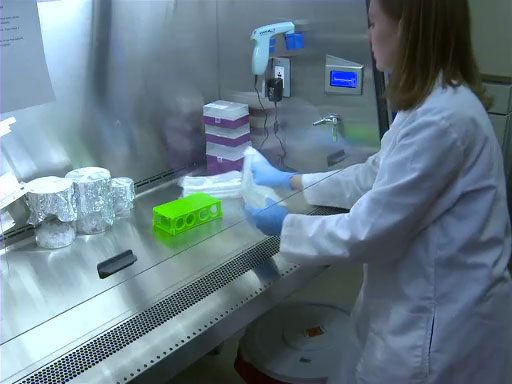 An Introduction to Working in the Hood
Published Today 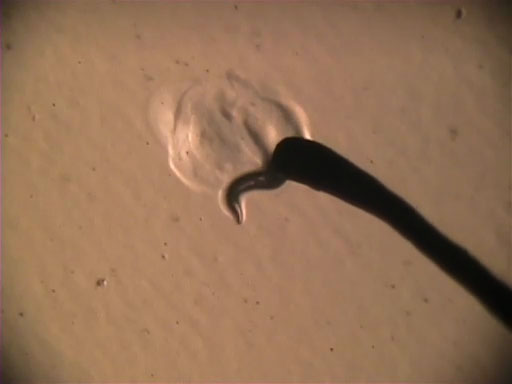 Caenorhabditis elegans is a microscopic, soil-dwelling roundworm that has been powerfully used as a model organism since the early 1970’s. It was initially proposed as a model for developmental biology because of its invariant body plan, ease of genetic manipulation and low cost of maintenance. Since then C. elegans has rapidly grown in popularity and is now utilized in numerous research endeavors, from studying the forces at work during locomotion to studies of neural circuitry.

This video provides an overview of basic C. elegans biology, a timeline of the many milestones in its short but storied history, and finally a few exciting applications using C. elegans as a model organism.

Caenorhabditis elegans, or "worms" to the scientists who study them, have revolutionized the way we approach genetic studies to understand how genes regulate cellular activities. The worm’s simple genetics, transparent body, and ease of cultivation makes them an ideal system for studying embryonic development, neuronal functions, lifespan and aging, and molecular basis of some human diseases.

First, lets get to know C. elegans as a model organism. Caenorhabditis elegans belongs to the phylum Nematoda of the animal kingdom. C. elegans are multicellular organisms that are approximately 1 mm long. They have elongated cylindrical body with no segmentation and no appendages. The worms have a transparent body throughout their life cycle, and exist as hermaphrodites and males. The hermaphrodites are capable of both self-fertilization and mating with males.

In the laboratory, they are cultured in agarose-containing Petri dishes on a lawn of the bacteria E. coli.

The life span of the worm is about 14 days. They go through 4 larval stages, L1 through L4, as they mature from an egg to an egg-laying parent. The development of worms is affected by temperature, and in the laboratory, they are cultured at 15 °C, 20 °C or 25 °C.

Now that we have reviewed C. elegans basics, lets learn what makes them a powerful model organism. First, it is relatively inexpensive and easy to culture worms on either solid or liquid medium.

Second, as they remain transparent throughout their life cycle, the entire worm anatomy is easily viewed by light microscopy. This attribute is particularly useful for studying worm development, as individual cell lineages can be easily traced. Transparency also allows fluorescent reporters, such as Green Fluorescent Protein (or GFP), to be easily viewed in live worms.

Third, C. elegans are very fertile; each hermaphrodite lays about 300 eggs following self-fertilization. Therefore, it is easy to obtain worms in large numbers. Also, worms reach reproductive maturity in only 3.5 days at 20 °C.

Fourth, worms are easy to manipulate genetically. By examining mutations, researchers gain insight into gene function, and mutations can be introduced in worms by treatment with chemicals and by exposure to UV radiation. High-throughput genome-wide screens are easy to perform with worms in 96 well plates. This allows numerous genes to be simultaneously screened for their involvement in a particular biological phenomenon or behavior. Also, the C. elegans genetic center, or CGC, maintains a large repository of mutants, which are available to researchers for a small fee.

Fifth, C. elegans was the first multicellular organism to have a completely sequenced genome. The complete sequence, and a detailed chromosomal map, has made genetic analysis faster and easier. Sequence analysis shows that many genes are conserved between humans and worms.

Finally, in addition to all these advantages, the worm research community is very friendly, and has developed many helpful online resources for studying worms.

Given all of the characteristics that make C. elegans such an attractive model system, it’s no wonder that many landmark discoveries have been made by studying worms. Lets take a look at some of them.

In 1963, Sydney Brenner decided to establish C. elegans as a model system, and used it to explore gene function. In 1974, he published the results of his genetic screen, which looked for visual phenotypes, such as dumpy body, uncoordinated movement, and transformers.

In 1976, John Sulston, who worked with Brenner, published a complete cell lineage of C. elegans. He followed the descent of every cell as it divided and differentiated and found that first five cell divisions produce six founder cells that differentiate to ultimately give rise to all of the different tissues in the organism.

In 1986, Robert Horvitz published his pioneering work on the discovery of "death genes." As cells divide and differentiate, some cells are eliminated by activation of death genes for normal development of the worm and other organisms. His work on programmed cell death, or apoptosis, has had a big impact on our understanding of developmental events in mammals, cancer, and neurodegenerative diseases.

In 2002, Sydney Brenner, John Sulston and Robert Horvitz shared the Nobel Prize in Physiology and Medicine for their seminal work done in C. elegans.

In 2006, Andrew Fire and Craig Mello shared the Nobel Prize in Physiology and Medicine for their groundbreaking work on RNA interference, or RNAi, a process that results in silencing of genes via degradation of specific mRNA molecules. RNAi technology is currently being developed for therapeutic use.

In 2008, Martin Chalfie received the Nobel Prize in Chemistry for showing that the Green Fluorescent Protein (or GFP) could be expressed in C. elegans and used as a fluorescent reporter. Since then, GFP has been expressed in all of the major model organisms.

As a model organism, C. elegans can be used to answer many important scientific questions.

For example, worms are a highly convenient model system for studying neurobiology. Although, worms do not have a brain per se, they have a rather sophisticated nervous system comprised of 302 neurons — almost a third of the total 959 cells found in an adult hermaphrodite. The worms respond to environmental cues, such as availability of food, population density, or chemicals such as chemoattractants. In addition to genetic screens, laser ablation — that is, selective cutting of neurons with laser beams — and electrophysiology have led us to appreciate how neurons function and communicate in multicellular organisms. In fact, the entire connectivity of the C. elegans nervous system has now been mapped.

Worms are also an ideal choice for aging studies. The worm’s short life span has allowed researchers to conduct genetic screens for finding longevity genes. Although many of these genes are conserved in humans, we do not yet know whether or not they affect lifespan in people.

Worm research has also advanced our knowledge of human diseases. Fluorescent reporters have been used in worms to mimic aggregation; that is, the clumping of misfolded proteins, such as alpha-synuclein. These aggregates cause neurons to degenerate, resulting in motor deficits. Genetic screens in worms have helped to identify genes that prevent the loss of neurons in neurodegenerative diseases, such as Parkinson’s and Alzheimer’s disease.

You just watched JoVE’s introduction to Caenorhabditis elegans. In this video, we reviewed the characteristics of C. elegans and the reasons that make worms a powerful model organism. This tiny worm, with its simple genetics and diminutive nervous system, has helped us to understand numerous aspects of human development, behavior, aging and disease. Thanks for watching, and good luck with your C. elegans research.