The accuracy and sensitivity of protein determination by the rapid and convenient Bradford assay is compromised by intrinsic nonlinearity. We show a simple linearization procedure that greatly increases the accuracy, improves the sensitivity of the assay about 10-fold, and significantly reduces interference by detergents.

Determination of microgram quantities of protein in the Bradford Coomassie brilliant blue assay is accomplished by measurement of absorbance at 590 nm. This most common assay enables rapid and simple protein quantification in cell lysates, cellular fractions, or recombinant protein samples, for the purpose of normalization of biochemical measurements. However, an intrinsic nonlinearity compromises the sensitivity and accuracy of this method. It is shown that under standard assay conditions, the ratio of the absorbance measurements at 590 nm and 450 nm is strictly linear with protein concentration. This simple procedure increases the accuracy and improves the sensitivity of the assay about 10-fold, permitting quantification down to 50 ng of bovine serum albumin. Furthermore, the interference commonly introduced by detergents that are used to create the cell lysates is greatly reduced by the new protocol. A linear equation developed on the basis of mass action and Beer's law perfectly fits the experimental data.

The Coomassie brilliant blue protein assay, commonly known as the Bradford assay 1, is widely used because of its rapid and convenient protocol as well as its relative sensitivity. Unfortunately, there is a large degree of curvature over a broad range of protein concentrations (Fig. 1). Therefore, only a narrow range of relatively high protein concentrations, 2-10 mg/ml BSA, is used for the calibration graph, which then better fits linear regression (Fig. 1, green). However, the nonlinearity requires protein concentration of the unknown samples to fall within the limited range of the calibration graph in order to avoid a large error, and it also reduces the accuracy within the limited range. The nonlinearity presents a serious problem in particular when microgram amounts of protein are not available, and it often requires multiple dilutions of the unknown samples.

As noted in the original Bradford paper, "the source of the nonlinearity is in the reagent itself since there is an overlap in the spectrum of the two different color forms of the dye." 1. In fact, three forms of the Coomassie brilliant blue dye are in acid-base equilibrium at the usual acidic pH of the assay 2. The red, blue, and green forms have absorbance maxima at 470, 590, and 650 nm, respectively (Fig. 2). The blue is the form that binds the protein, forming a complex that intensely absorbs light at 594 nm 3, 4 (Fig. 2). Bradford also noted that "the background value for the reagent is continually decreasing as more dye is bound to protein" 1 (Fig. 3). Therefore, we attempted to calculate the reduction of the 590 nm background as increasing protein quantities are added, by measuring the change of absorbance at 450 nm, where the protein-dye complex does not absorb. We found that the decreasing background partially, but not fully, accounts for the nonlinearity (Fig. 4).

We then hypothesized that the decrease in free dye concentration produces another distortion of the linear response, because as protein-dye binding is in equilibrium 5, complex formation depends not only on the concentration of the free protein, but also on that of the free dye (Fig. 5). Taking into account both issues related to the variable concentration of the free dye, we developed a mathematical equation that describes a linear relationship between protein concentration and the ratio of absorbance measurements, 590 nm over 450 nm (Fig. 6). A detailed description of the theoretical and experimental study can be found in our 1996 publication in Analytical Biochemistry 6. The mathematical equation was experimentally tested and found to yield a linear calibration curve over the entire protein concentrations range (Fig. 7). Furthermore, the equation was validated also by an independent determination of the correct pH-dependent value of the Y-axis intercept 6.

Unlike the absorbance at a single wavelength of 590 nm, the ratio of absorbance values, 590 nm over 450 nm, is linear with protein concentration (Fig. 10).

The protein concentration of the unknown sample may be simply calculated using the linear equation of the calibration curve (Fig. 10, equation). 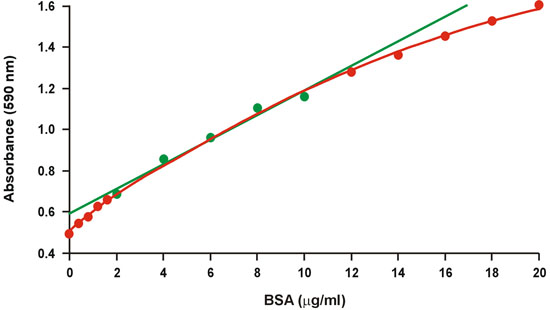 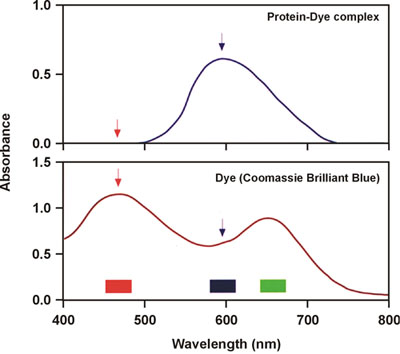 Figure 2. Spectra of the protein-dye complex and of the dye alone. 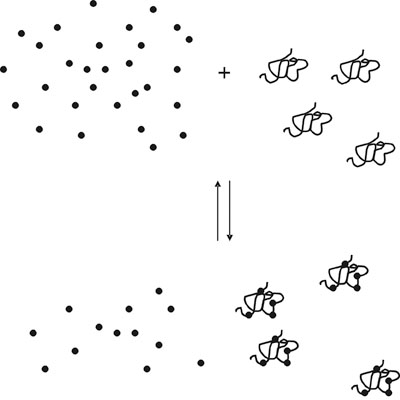 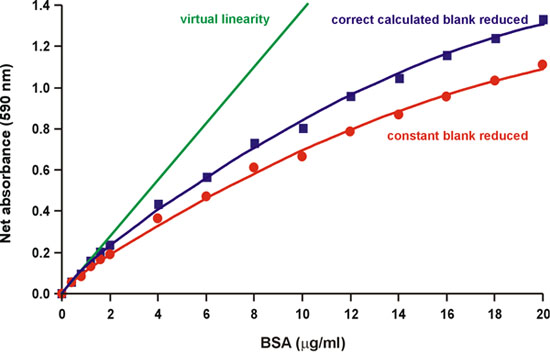 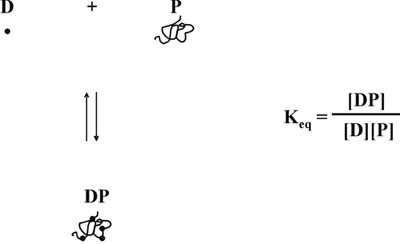 Figure 6. Mathematical basis for the linearization of the Bradford protein assay. 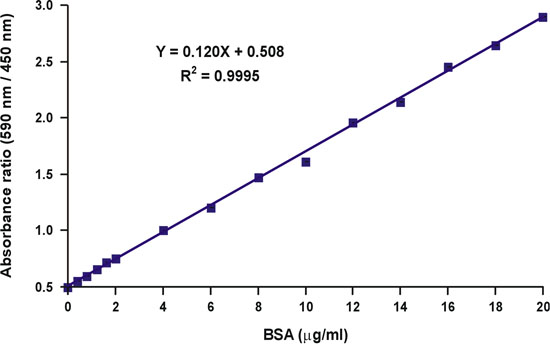 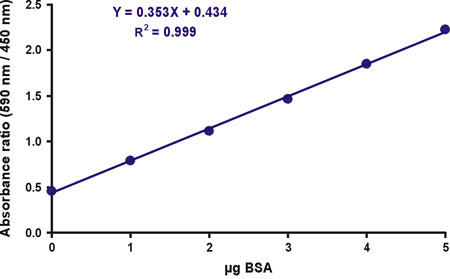 The Bradford protein assay is popular due to its ease of performance and relative sensitivity. The linearization over the entire protein concentrations range obtained by the protocol presented here further simplifies the assay, as the unknown samples do not need to fall within the range of the calibration graph.

The absorbance peaks of the protein-dye complex and the free red dye form are at 594 and 470 nm, respectively. It is recommended to measure the absorbance at 590-600 nm, to achieve maximal sensitivity to protein concentration change, and at 450-485 nm, to ensure linearization.

Due to the optical path length consideration, higher accuracy may be achieved in a 1 ml assay where cuvettes are placed in a regular spectrophotometer, rather than a microplate reader. In that case, scale-up the volumes 5-fold.

It is absolutely mandatory that deionized water will be used as blank. A linear calibration curve can not be obtained if the zero protein standard dye-containing sample is used as blank.

This paper is dedicated to the memory of the late Dr. Zvi Selinger, who hosted the original research described here. 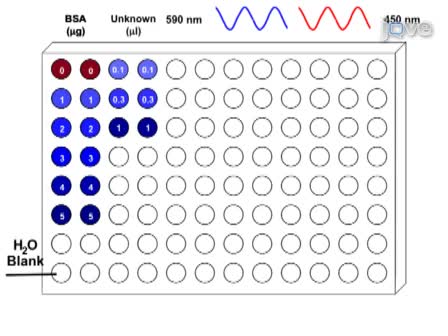