Using the three-dimensional structure of biological macromolecules to infer how they function is one of the most important fields of modern biology. The availability of atomic resolution structures provides a deep and unique understanding of protein function, and helps to unravel the inner workings of the living cell. To date, 86% of the Protein Data Bank (rcsb-PDB) entries are macromolecular structures that were determined using X-ray crystallography.

To obtain crystals suitable for crystallographic studies, the macromolecule (e.g. protein, nucleic acid, protein-protein complex or protein-nucleic acid complex) must be purified to homogeneity, or as close as possible to homogeneity. The homogeneity of the preparation is a key factor in obtaining crystals that diffract to high resolution (Bergfors, 1999; McPherson, 1999).

Crystallization requires bringing the macromolecule to supersaturation. The sample should therefore be concentrated to the highest possible concentration without causing aggregation or precipitation of the macromolecule (usually 2-50 mg/ mL). Introducing the sample to precipitating agent can promote the nucleation of protein crystals in the solution, which can result in large three-dimensional crystals growing from the solution. There are two main techniques to obtain crystals: vapor diffusion and batch crystallization. In vapor diffusion, a drop containing a mixture of precipitant and protein solutions is sealed in a chamber with pure precipitant. Water vapor then diffuses out of the drop until the osmolarity of the drop and the precipitant are equal (Figure 1A). The dehydration of the drop causes a slow concentration of both protein and precipitant until equilibrium is achieved, ideally in the crystal nucleation zone of the phase diagram. The batch method relies on bringing the protein directly into the nucleation zone by mixing protein with the appropriate amount of precipitant (Figure 1B). This method is usually performed under a paraffin/mineral oil mixture to prevent the diffusion of water out of the drop.

Here we will demonstrate two kinds of experimental setup for vapor diffusion, hanging drop and sitting drop, in addition to batch crystallization under oil.

Crystallization is usually referred to as the bottleneck of X-ray crystallography. A sparse matrix incomplete factorial screen of precipitating conditions typically produces many different types of protein aggregation and precipitation, among them large single crystals. If the protein or precipitant concentrations are too high one can see brown matter with no distinct shape and size (amorphous precipitation). When the solution is undersaturated, the drop will often be completely clear and devoid of any kind of precipitation. Figure 3 shows several examples for precipitation phenomena and crystals (Dessau et al., 2006). More precipitation phenomena with more detailed interpretation can be found at http://xray.bmc.uu.se/terese/tutorials.html. 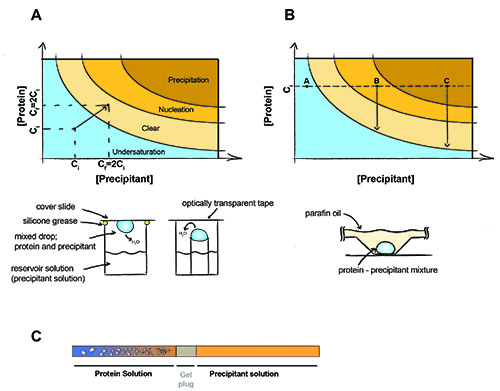 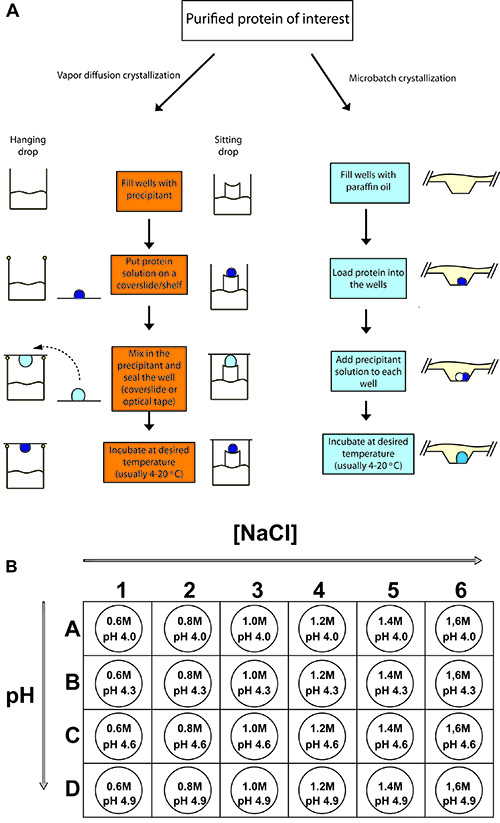 Figure 2. Outline of typical protein crystallization experiments.
(A) Procedures for hanging drop vapor diffusion, sitting drop vapor diffusion, and microbatch protein crystallization. In each case, a small volume of concentrated protein sample is mixed with an equal or smaller volume of precipitant solution and allowed to equilibrate. (B) For the crystallization of chicken lysozyme, a 24-well tray is set up with various concentrations of sodium chloride (the precipitant) and with 0.1 M sodium acetate as the buffer at various pHs (4.0 - 4.9). Click here to view larger image. 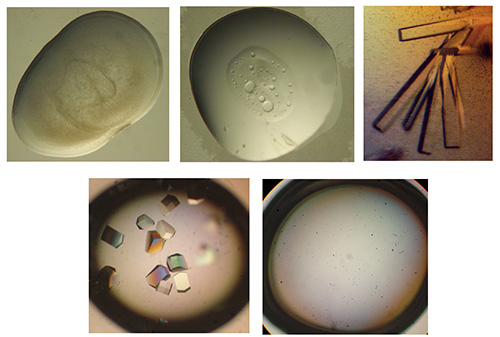 In this article we describe and demonstrate general current protocols for protein crystallization. Since it a multi-step procedure there are few considerations one needs to be aware of. When working with very small volumes (0.5-2 μL), drying of the drop due to evaporation is a major concern. Hence, it is recommended to work in a well-controlled environment (with low air flow, high humidity and tight temperature control) and to adopt a technique that minimizes exposure of the drop to the open air. For this reason, it is essential to operate in a well-organized work environment. All reagents should be prepared prior to setting up the tray and lab equipment should be within easy reach (pipetors, tips, tubes, wipes, etc ).

As a general rule, take your protein out of storage as close as possible to the time you will be setting up the tray. That way, there are fewer environmental influences on your sample. It is very important to hold the protein tube by the neck of the tube and not on the bottom where the protein is, so the sample will not get heated from your body temperature. With the above precautions, the experimental margins of error can be minimized, thus increasing the reproducibility of the results.

There are many possible modifications to the protocols described here. One can alter protein concentration, protein/precipitant ratio, temperature (4°C - 37°C), pH and various additives can be added. Another relatively commonly used method for protein crystallization is dialysis. In this method, the protein solution is dialyzed against a precipitant solution through a semi-permeable membrane. Dialysis trials are more cumbersome to set up, but one advantage of dialysis is that precipitations conditions of low ionic strength can easily be tested. This is desirable if the protein is poorly soluble at low salt concentrations, since the protein may then crystallize as the salt is dialyzed away from the protein buffer. A solid phase (gel) can be used to control the rate of dialysis. For example, an agarose gel inside a capillary can be used as the diffusion interface between the protein and precipitant solutions (Figure 1C).

Increasing the concentration of a precipitating agent to a point just below supersaturation and then adjusting the pH or temperature to reduce the solubility of the protein can be used to crystallize samples with low protein concentration. Modification of pH can be accomplished very well with the vapor diffusion technique, when volatile acids and bases such as acetic acid, ammonium hydroxide or ammonium acetate are used (McPherson, 2004).

In the micro-batch technique a whole array of oil mixtures can be tested to cover the wells. Different oils have different evaporation permeabilities, and hence produce different rates of concentration changes of the protein/precipitant mixture under the oil.

Crystallization is a requisite step for obtaining structural information of macromolecules at near-atomic resolution. The methods described here are therefore fundamental to studying enzyme mechanisms and protein-protein or protein-nucleic acids interactions, and are ultimately one of the most important tools in structure-based drug design and development.

This work was supported by a Burroughs Wellcome Investigator Award to YM and by a Brown-Coxe Postdoctoral Fellowship from Yale University to MD. 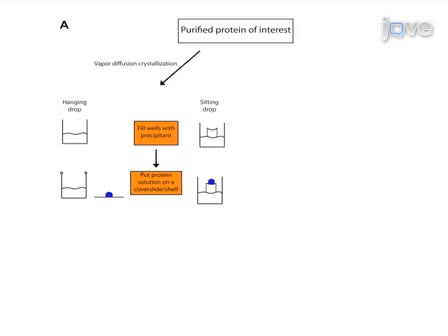