Visualizing protein samples by negative stain electron microscopy (EM) has become a popular structural analysis method. It is useful for quantitative structural analysis, such as calculating a 3D reconstruction of the molecules being studied, and also for qualitative examination of the quality of protein preparations. In this article we present detailed protocols for preparing the EM grids, staining the sample and visualizing the sample in an electron microscope. Novice users can follow these protocols easily and to utilize negative stain EM as a routine assay, in addition to other biochemical assays, for evaluating their protein samples.

Single particle electron microscopy (EM), of both negative stained or frozen hydrated biological samples, has become a versatile tool in structural biology 1. In recent years, this method has achieved great success in studying structures of proteins and macromolecular complexes 2, 3. Compared with electron cryomicroscopy (cryoEM), in which frozen hydrated protein samples are embedded in a thin layer of vitreous ice 4, negative staining is a simpler sample preparation method in which protein samples are embedded in a thin layer of dried heavy metal salt to increase specimen contrast 5. The enhanced contrast of negative stain EM allows examination of relatively small biological samples. In addition to determining three-dimensional (3D) structure of purified proteins or protein complexes 6, this method can be used for much broader purposes. For example, negative stain EM can be easily used to visualize purified protein samples, obtaining information such as homogeneity/heterogeneity of the sample, formation of protein complexes or large assemblies, or simply to evaluate the quality of a protein preparation.

In this video article, we present a complete protocol for using an EM to observe negatively stained protein sample, from preparing carbon coated grids for negative stain EM to acquiring images of negatively stained sample in an electron microscope operated at 120kV accelerating voltage. These protocols have been used in our laboratory routinely and can be easily followed by novice users.

This is a simple and easy method to prepare a large quantity of carbon coated grids, usually ~100 grids per preparation. The grids contain a thin plastic layer, which usually does not affect the quality of the negatively stained image. However, grids prepared in this method are not suitable for cryoEM. This layer of plastic can be removed by soaking the grids into chloroform for several hours. 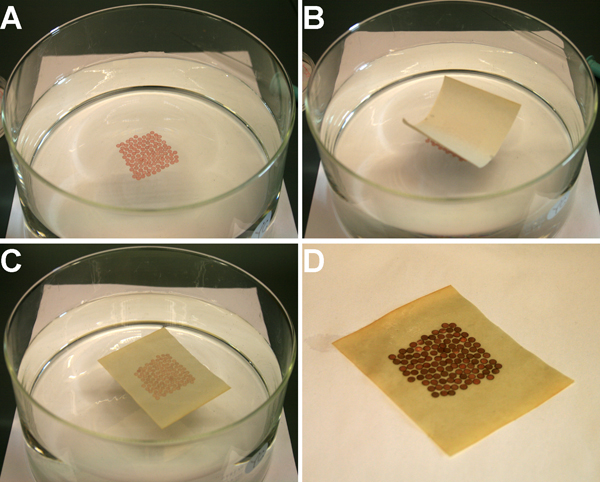 Figure 1. Preparation of carbon coated grids for negative stain EM. A) Placing EM grids one-by-one in a closed packing pattern on the surface of collodion film. B) Placing a piece of paper slightly larger than the area of the grids. C) Wait until the paper gets completely wet. D) Pick up the paper together with the grids for air-drying. 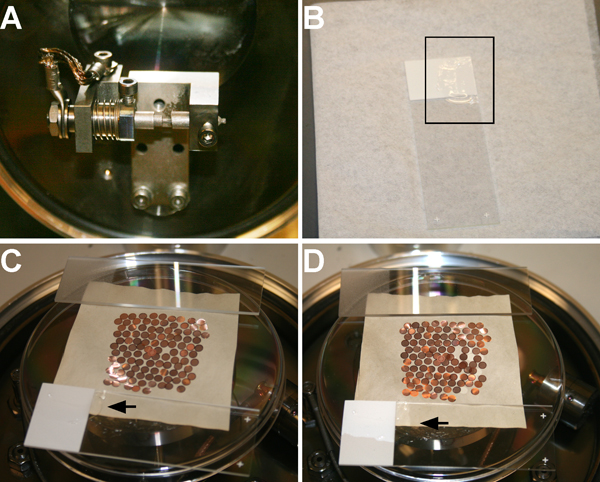 Figure 2. Coating EM grids with carbon. A) Setup the carbon evaporator: place the two carbon rods in the coating apparatus, with one rod (on the left) sharpened to a point tip. The other rod (on the right) has a flat surface and come in contact with the point tip of the one in the opposite side. B) Place a small amount of vacuum grease in one side of a fostered glass slide. The area within the black frame has vacuum grease. C) Setup the grids for coating. The glass slides are used to hold the paper in position. The arrowhead points the area with vacuum grease. D) After coating, the color of the slide with vacuum grease covered does not change the color. The contrast indicates the thickness of coated carbon. 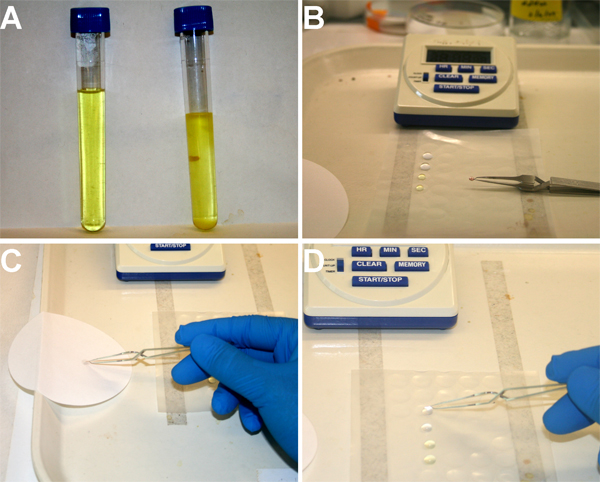 Figure 3. Illustrating the negative staining procedure. A) Freshly prepared (left) uranyl formate solution is transparent without sign of precipitates. After 1~2 weeks, precipitates start accumulating in the bottom in the bottom of the tube. B) Place two drops (~25μl) of distilled water and two drops of uranyl formate solution in a piece of parafilm. Use a pair of anti-capillary forceps to hold a glow discharged carbon-coated EM grid with carbon side up. A drop of sample (~2μl) is placed in the grid. C) After waiting for 30 second, blot the solution with a filter paper. D) Flip the grid to touch the sample side of the grid with the first drop of water. Repeat the step C and D to complete the process of staining. 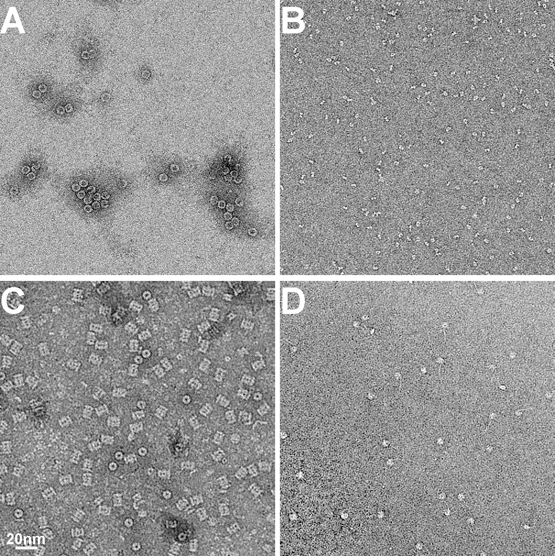 Figure 4. Examples of EM images of negatively stained protein samples. A) Horse spleen ferritin, B) fragment of antigen binding (Fab), C) archaeal 20S proteasome and D) nucleosome. All images were recorded with the same magnification. The scale bar is 20nm.

Negative stain EM is a powerful tool that can be used to study 3D structures of purified protein samples, such as using random conical tilt 8 method, which requires collecting a pair of images with one from specimen tilted to 60° and one from the same area but untilted, to calculate 3D reconstructions of macromolecular complexes. In addition, negative staining EM can have many other applications, such as screening for two-dimensional (2D) crystals of membrane proteins 9, visualizing protein complexes in different conformations 10, or simply for visualizing homogeneity and/or heterogeneity of purified proteins sample thus providing feedbacks to improve protein purification procedures, etc. It can be a powerful assay for biochemists. In this article, we presented the protocols ranging from preparing the carbon-coated grids to collecting images of negatively stained protein samples in an electron microscope. As illustrated here, the procedure is rather simple and easy to follow. If attempting to calculate 3D reconstructions of the sample being observed by random conical tilt method, it is necessary to acquire tilt pair images. However, if performing single particle analysis is the purpose, multiple untilted images will suffice. In both cases, further image processing is required and this is beyond the scope of this video article.

As with any method, there are variations to the protocols. Uranyl formate works very well as a negative stain reagent in most cases. Uranyl acetate is another commonly used negative stain reagent. It works very similar as uranyl formate, but with a larger grain size and, in many cases, lower contrast than uranyl formate. The advantage of using uranyl acetate is that the solution lasts longer than uranyl formate. One does not need to prepare a fresh solution every one or two weeks. Both uranyl formate and acetate are acidic. An obvious concern is that the low pH could induce changes in the protein sample being studied. Both stain solutions also function as protein fixatives. An earlier study has shown that both fix protein samples quickly 7. This rapid fixation makes the low pH less important. During the process of staining, a protein sample becomes fixed before the low pH can induce any changes. Nevertheless, other negative stain reagents, such as ammonium molybdate and phosphotungstic acid, may yield better results for staining samples when low pH is a concern 7. Both ammonium molybdate and phosphotungstic acid have an approximately neutral pH, but the contrast of protein samples generated by these stains is usually inferior to uranyl formate.

Production and Free Access of this video-article is sponsored by FEI. 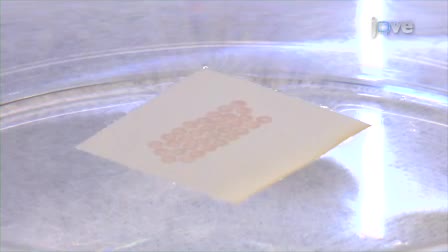