We have developed a technique to test protein-protein interactions in plant. A yellow fluorescent protein (YFP) is split into two non-overlapping fragments. Each fragment is cloned in-frame to a gene of interest via Gateway system, enabling expression of fusion proteins. Reconstitution of YFP signal only occurs when the inquest proteins interact.

We have developed a BiFC technique to test the interaction between two proteins in vivo. This is accomplished by splitting a yellow fluorescent protein (YFP) into two non-overlapping fragments. Each fragment is cloned in-frame to a gene of interest. These constructs can then be co-transformed into Nicotiana benthamiana via Agrobacterium mediated transformation, allowing the transit expression of fusion proteins. The reconstitution of YFP signal only occurs when the inquest proteins interact 1-7. To test and validate the protein-protein interactions, BiFC can be used together with yeast two hybrid (Y2H) assay. This may detect indirect interactions which can be overlooked in the Y2H. Gateway technology is a universal platform that enables researchers to shuttle the gene of interest (GOI) into as many expression and functional analysis systems as possible8,9. Both the orientation and reading frame can be maintained without using restriction enzymes or ligation to make expression-ready clones. As a result, one can eliminate all the re-sequencing steps to ensure consistent results throughout the experiments. We have created a series of Gateway compatible BiFC and Y2H vectors which provide researchers with easy-to-use tools to perform both BiFC and Y2H assays10. Here, we demonstrate the ease of using our BiFC system to test protein-protein interactions in N. benthamiana plants.

3. Observation of the reconstituted YFP signal

An example of protein-protein interaction tested by BiFC assay is shown in Figure 1. AtTHP1 and AtSAC3A are believed to be components of the Arabidopsis homolog of yeast TREX-2 complex. They can interact with a nuclearporin AtNUP1 and facilitate mRNA export10. AtTHP1 and AtSAC3A were cloned into pEarlyGate201-YC while AtNUP1 was cloned into pEarlyGate202-YN. The constructs were subsequently transformed into GV3101. The three constructs were paired up with 3 possible combinations (AtTHP1+AtNUP1; AtTHP1+AtSAC3A; AtNUP1+AtSAC3A) for infiltration. The reconstituted YFP signal was observed under a LCSM 48 hours after infiltration. The signals were observed in the epidermal cells and localized in the nuclear periphery or nuclear plasma, which is consistent with the sub-cellular localization of these proteins. The negative controls did not show any YFP signal.

BiFC assay is a powerful tool for studying protein interactions. Unlike the traditional Y2H assay, BiFC not only allows the visualization of protein-protein interactions, but also provides more information of the protein complex such as sub-cellular localization. Also, it is possible to detect indirect interactions as long as the two candidate proteins can be brought close enough by a third partner. Like any technology, BiFC has its limitations. Due to the requirement of molecular oxygen for fluorophore formation, BiFC cannot be used in obligate anaerobes, which cannot survive in the presence of oxygen. This limits the use of BiFC to aerobic organisms6. The formation of fluorophore complex is irreversible. This prevents proteins from interacting with others and may disrupt the association and disassociation of protein complexes in dynamic equilibrium6. However, this irreversibility also enables us to visualize weak or transit interactions. Fluorescent protein fragments have a limited ability to associate independent of the proteins to which they are fused. One must provide the necessary and numerous controls to distinguish between true and false-positive protein interactions6. Also, as fluorophore reconstitution can occur at a distance of 7nm or more, fluorescence complementation may indicate either a direct or indirect interaction. One needs to use other methods such as Y2H or Co-Immunoprecipitation to test the exact interaction relationship7.

In order to generate reliable data, proper controls should be used for the interpretation of the results. The empty vectors should not be directly used as controls as they contain the typical gateway fragment between attR1 and attR2 cassettes. Thus, these empty vectors are not really "empty". To overcome this problem, we generally use a pair of unrelated proteins fused to the vectors as a control. Another potential problem is the auto-fluoresce from the plant cells, especially from old or stressed plants. Inexperienced investigators should first look at a sample from the uninfiltrated zone to get familiar with the background fluoresce.

The combination of Gateway and BiFC is a powerful tool for researchers seeking to understand protein interactions in intact cells. The constructs used in our BiFC system can also be used to generate stable transgenic plants to visualize more dynamic protein interactions in different tissues and at various developmental stages which may not be observed in transient expression system. We have incorporated a HA tag and a FLAG tag in our BiFC vectors (pEarleyGate201-YC and pEarleyGate202-YN), respectively. This modification makes it possible for various downstream applications such as western blotting, Co-Immunoprecipitation and affinity purification, etc., after the visualization of the interactions.

We thank Vi Nguyen for reading the manuscript and general lab assistance. 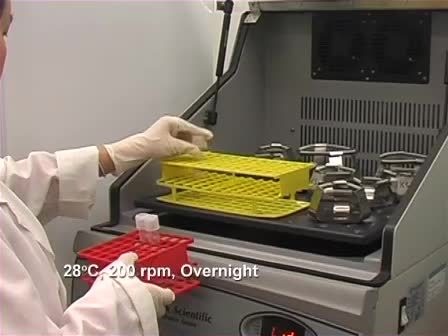