Pyrosequencing is a versatile technique that facilitates microbial genome sequencing that can be used to identify bacterial species, discriminate bacterial strains, and detect genetic mutations that confer resistance to anti-microbial agents. In this video, the procedure for microbial amplicon generation, amplicon pyrosequencing, and DNA sequence analysis will be demonstrated.

Pyrosequencing is a versatile technique that facilitates microbial genome sequencing that can be used to identify bacterial species, discriminate bacterial strains and detect genetic mutations that confer resistance to anti-microbial agents. The advantages of pyrosequencing for microbiology applications include rapid and reliable high-throughput screening and accurate identification of microbes and microbial genome mutations. Pyrosequencing involves sequencing of DNA by synthesizing the complementary strand a single base at a time, while determining the specific nucleotide being incorporated during the synthesis reaction. The reaction occurs on immobilized single stranded template DNA where the four deoxyribonucleotides (dNTP) are added sequentially and the unincorporated dNTPs are enzymatically degraded before addition of the next dNTP to the synthesis reaction. Detection of the specific base incorporated into the template is monitored by generation of chemiluminescent signals. The order of dNTPs that produce the chemiluminescent signals determines the DNA sequence of the template. The real-time sequencing capability of pyrosequencing technology enables rapid microbial identification in a single assay. In addition, the pyrosequencing instrument, can analyze the full genetic diversity of anti-microbial drug resistance, including typing of SNPs, point mutations, insertions, and deletions, as well as quantification of multiple gene copies that may occur in some anti-microbial resistance patterns.

Pyrosequencing is a rapid and accurate method to sequence nucleic acids that is based on the principle of "sequencing by synthesis". "Sequencing by synthesis" involves using a single strand DNA template to synthesize the complementary strand one base at a time, and detecting the incorporated base (A, T, G, or C) at each step by detection of a chemiluminescent signal. The pyrosequencing reaction includes template DNA, dNTPs (dATP, dGTP, dTTP, dCTP), DNA polymerase, ATP sulfurylase, luciferin, luciferase, and apyrase. The synthesis reaction is initiated by the addition of one of the four dNTPs and DNA polymerase to the single stranded biotinylated template DNA. DNA polymerase incorporates the complementary dNTP onto the template, with the subsequent release of pyrophosphate (Figure 1). ATP sulfurylase proportionately converts the pyrophosphate to ATP. ATP acts as a catalyst for the luciferase-mediated conversion of luciferin to oxyluciferin, which generates light (Figure 2). The intensity of light is proportional to the number of nucleotides incorporated and determines if one or more specific dNTP's (dATP, dTTP, dGTP, or dCTP) is present on the template strand sequentially (Figure 3). Any unincorporated dNTP is degraded by apyrase prior to addition of the next dNTP for continuation of the synthesis reaction. This "sequencing by synthesis" reaction is repeated with addition of each of the four dNTPs until the DNA sequence of the single stranded DNA template is determined.

To view an animation of the pyrosequencing reaction Click here to view movie.

Introduction: A single bacterial colony should be used to inoculate an appropriate culture broth that is incubated overnight. A bacterial pellet is then processed to purify genomic DNA using a commercially available genomic isolation kit. The purified genomic DNA should have a 260/280 (nm) ratio >1.8 to assure that the sample is free of protein contamination. The amount of genomic DNA required for generation of the pyrosequencing template is 10-20 ng.

A. Amplification of the Template

Setting up the PCR reaction

Note: One primer must be biotinylated at its 5' end, and it's recommended that it be HPLC purified for template preparation. We recommend the PyroMark Assay Design Software 2.0 for PCR and sequence primer design that are optimized for short-read sequencing, however, Primer-BLAST (http://www.ncbi.nlm.nih.gov/tools/primer-blast/index.cgi?LINK_LOC=BlastHome) from NCBI can also be used for primer design.

Note: The PCR Master Mix contains MgCl2 for a final concentration of 1.5 mM, which provides satisfactory results in most cases. If a higher Mg2+ concentration is required, up to 3.5 μl of 25 mM MgCl2 can be added to a reaction.

Note: Before pipetting, gently shake the bottle of streptavidin-coated Sepharose beads to ensure a homogenous suspension.

Denaturation of DNA and addition of sequencing primer

Note: The Denaturation Solution contains sodium hydroxide, which is an eye and skin irritant. Always wear a lab coat, gloves, and protective goggles.

Note: Switch on the instrument using the power switch located above the power cord. Startup can take up to 1 min.

Note: The instrument will begin dispensing reagents when all preset pressure and temperature levels are reached (this may take several minutes). During a run, the instrument screen displays the pyrogram of the selected well in real-time. Use the scroll arrows to view the pyrogram of other wells.

The results of a typical pyrosequencing run using the software shows the location of the forward and reverse primers used for amplicon generation, and the sequencing primer used for the pyrosequencing reaction within the conserved 16S ribosomal sequence (Figure 10).The hypervariable sequence between the primer sites allows for bacterial identification of a large number of bacterial species using the conserved sequencing primer (5'-TACATGCAAGTCGA).As an internal quality control, the DNA sequence bracketing the variable region can be checked to assure that the correct DNA region has been analyzed. The pyrosequencing software allows for comparison and alignment of the generated sequence to an internal database of bacterial ribosomal sequences for bacterial identification. In addition, a sequence can be analyzed to determine mutations that confer antibiotic drug resistance. For example, analysis of mutations in the 23S ribosomal genes of Helicobacter pylori demonstrates two mutation patterns (GAA or AGA) that confer antibiotic resistance (Figure 11). Analysis of multiple isolates from the same patient can be concurrently assayed to track the emergence of drug resistance over time to aid in epidemiological investigations of microbial drug resistance outbreaks. 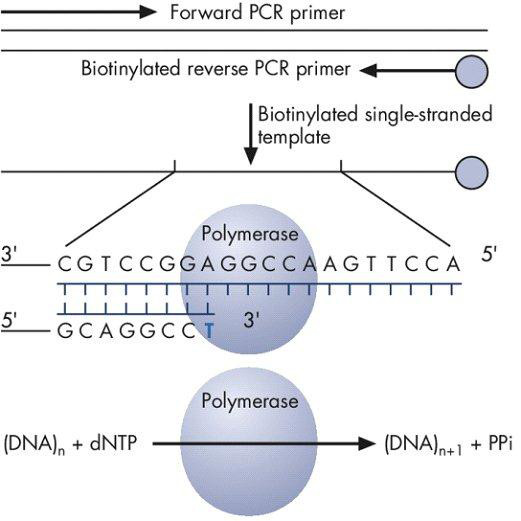 Figure 1. Biotinylated PCR product is used as a template to incorporate dNTPs by DNA polymerase, leading to the generation of pyrophosphate (PPi). 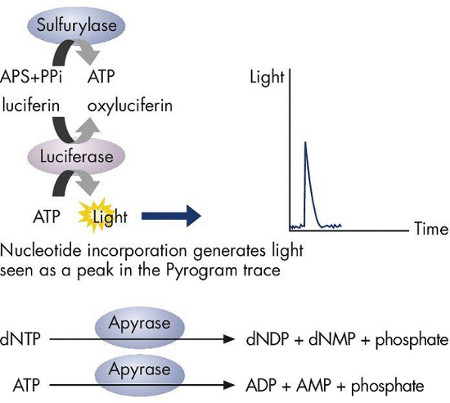 Figure 2. ATP sulfurylase proportionately converts pyrophosphate to ATP. ATP acts as a catalyst for the luciferase-mediated conversion of luciferin to oxyluciferin, which generates light that is proportional to the amount of ATP. The light is recorded as peak on the pyrogram trace and indicates nucleotide incorporation. The unincorporated dNTPs are degraded by apyrase before the next dNTP is added for continuation of the synthesis. 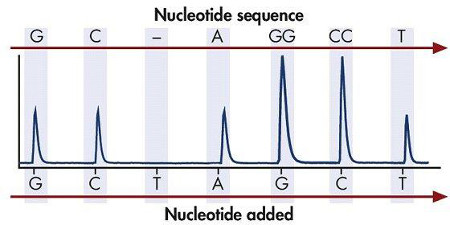 Figure 3. The intensity of light generated indicates if one or more specific dNTP's (dATP, dTTP, dGTP, or dCTP) was incorporated onto the template strand sequentially. 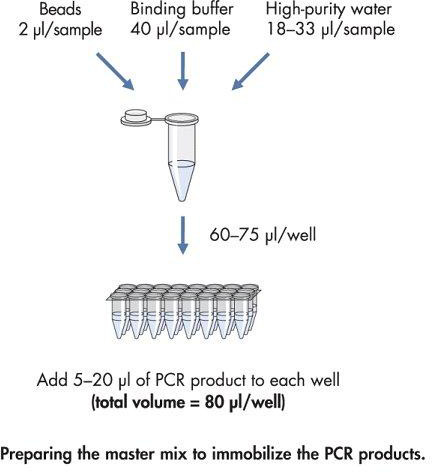 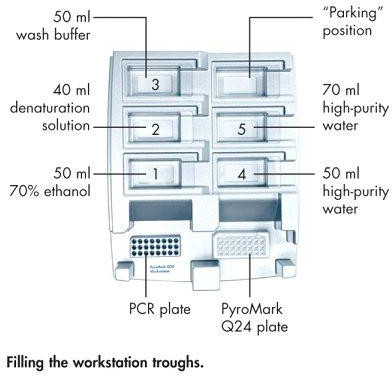 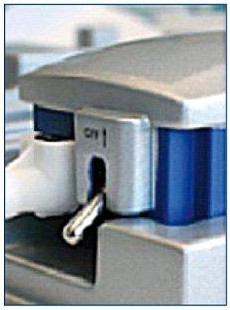 Figure 6. Locations of the Vacuum switch ON and OFF positions. 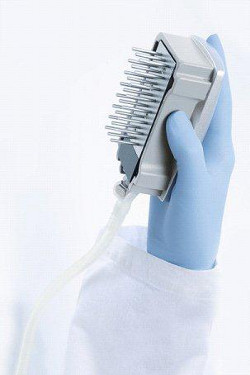 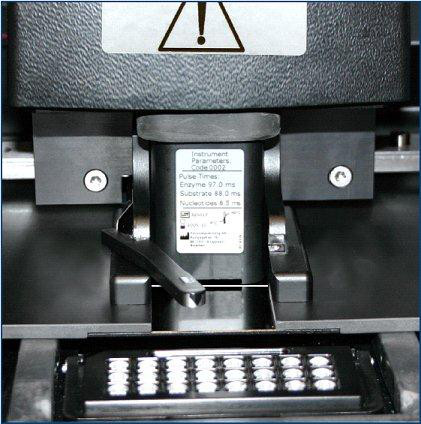 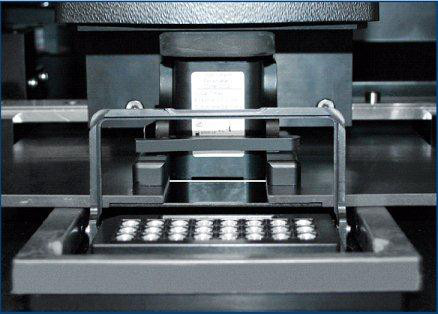 Figure 10. Pyrosequencing based bacterial identification results. PCR primers are designed for conserved regions of the DNA template, and the sequencing primer is positioned immediately upstream of a well-characterized identifying hypervariable DNA sequence within the amplicon (shown in blue). 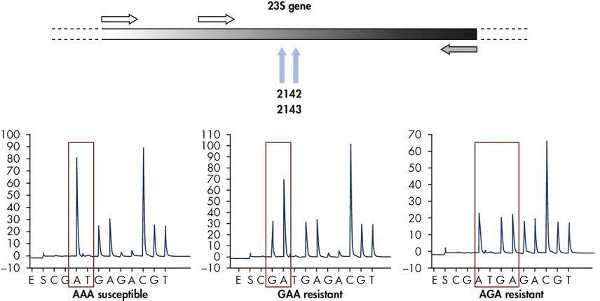 Several new next generation sequencing methods have been commercialized. Three of the most widely used methods are ion semiconductor sequencing, single molecule real time sequencing, and sequencing by synthesis (SBS).3-11 Each of these methods depends on sequencing by synthesis but employ novel platforms for detection of the incorporated nucleotides. In ion semiconductor sequencing, a single strand of DNA serves as a template for the sequencing strand. 12 Polymerase and nucleotides are added sequentially as in pyrosequencing. When a nucleotide is added to the growing DNA strand, a hydrogen ion is released. The hydrogen ion is detected by a field effect transistor based sensor.

Sequencing by synthesis (SBS) uses a unique method to amplify the target DNA such that clusters of unique sequences are generated.15 Single stranded templates are generated and then the complementary strand is synthesized. Each nucleotide is labeled with a fluorescent molecule and after each base addition the fluorescence of the added base is recorded.

Production and Free Access to this article is sponsored by Qiagen.
Authors Ahmed, Durocher, Jessen and Vardi are employees of Qiagen Inc. that produces reagents and instruments used in this article.

This project was support in part by Johns Hopkins University, Office of the Provost through the Gateway Science Initiative and Qiagen Inc. 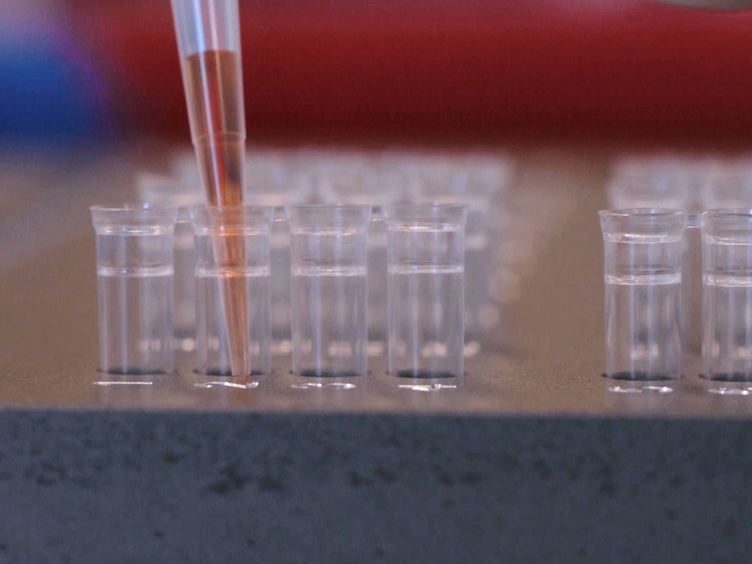