In this protocol, we describe the detailed experimental procedure for the fabrication of a robust nanoscale contact between a silver nanowire network and CdS buffer layer in a CIGS thin-film solar cell.

Silver nanowire (AgNW) networks have been extensively studied as an alternative to indium tin oxide (ITO) transparent conducting thin films due to their advantages over conventional transparent conducting oxides (TCOs) in terms of lower processing cost and better mechanical flexibility. Solution-processed AgNW network transparent conducting electrodes (TCEs) have thus been employed in Cu(In,Ga)Se2 (CIGS) thin-film solar cells1,2,3,4,5,6. Solution-processed AgNW TCEs are normally fabricated in the form of embedded-AgNW or sandwich-AgNW structures in a conductive matrix such as PEDOT:PSS, ITO, ZnO, etc.7,8,9,10,11 The matrix layers can enhance that the collection of the charge carriers present in the empty spaces of the AgNW network.

However, the matrix layers can generate interfacial defects between the matrix layer and underlying CdS buffer layer in CIGS thin-film solar cells12,13. The interfacial defects often cause a kink in the current density-voltage (J-V) curve, resulting in a low fill factor (FF) in the cell, which is detrimental to solar cell performance. We previously reported a method to resolve this issue by selectively depositing an additional thin CdS layer (2nd CdS layer) between the AgNWs and the CdS buffer layer14. The incorporation of an additional CdS layer enhanced the contact properties in the junction between the AgNW and CdS layers. Consequently, the carrier collection in the AgNW network was greatly improved, and the cell performance was enhanced. In this protocol, we describe the experimental procedure to fabricate robust electrical contact between the AgNW network and the CdS buffer layer using a 2nd CdS layer in a CIGS thin-film solar cell.

2. CIGS absorber layer deposition by means of a three-stage coevaporation

4. Fabrication of the AgNW TCE network

5. Deposition of the 2nd CdS layer

The layer structures of the CIGS solar cells with (a) standard ZnO:Al/i-ZnO and (b) AgNW TCE are shown in Figure 3. The surface morphology of CIGS is rough, and a nanoscale gap can form between the AgNW layer and the underlying CdS buffer layer. As highlighted in Figure 3A, the 2nd CdS layer can be selectively deposited onto the nanoscale gap to create a stable electrical contact. The detailed explanation on the formation of electrical contact and enhancement of electrical properties and device performance can be found in the reference 14. The structural analysis of AgNW and CdS junction including cross sectional SEM and TEM, and corresponding elemental mapping can also be found in the reference 14. 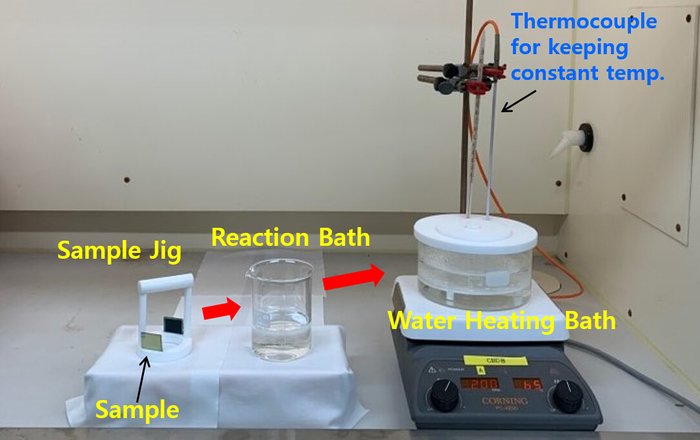 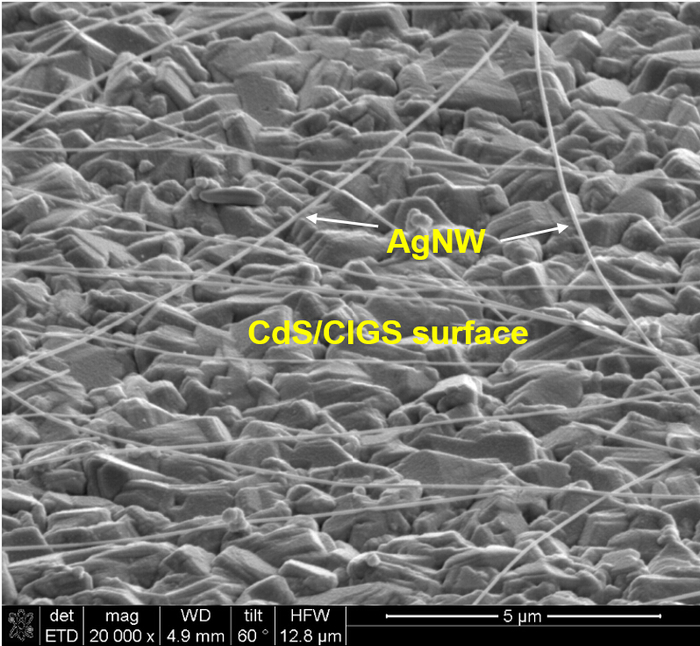 Figure 2: An SEM image of the AgNW TCE. The SEM image shows the spin-coated AgNW TCE on the CdS/CIGS/Mo structure. Please click here to view a larger version of this figure. 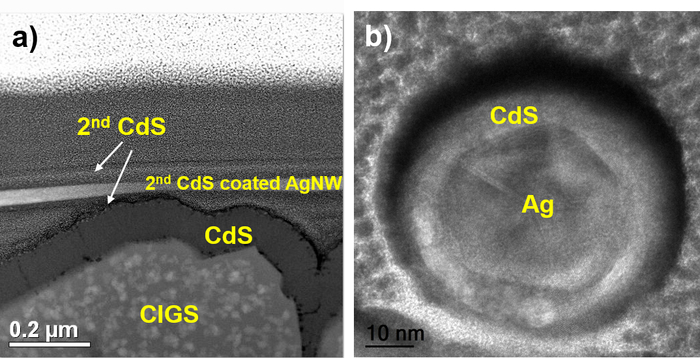 Figure 4: Structural analysis of Ag@CdS NW. (A) Cross-sectional TEM image along a Ag@CdS NW on a CdS/CIGS structure and (B) high-resolution TEM image across a Ag@CdS NW. Please click here to view a larger version of this figure. 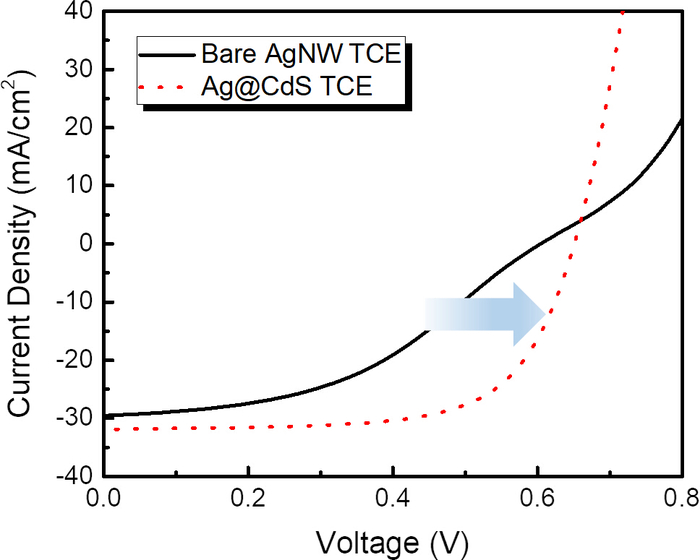 Various methods have been applied to enhance the electrical properties of AgNW TCE including the incorporation of conducive matrix. The method described in this protocol is simple and effective to enhance the electrical contact property between AgNWs and underlying CdS buffer layer in CIGS thin film solar cell. Due to the enhanced contact property, the solar cell performance is greatly improved. The method is designed to apply to the CdS/CIGS system but is not limited to the CdS/CIGS system. When an appropriate CBD method is created, our method can be applied to create high-quality electrical contact between AgNWs and the buffer layer in chalcogenide thin-film solar cells.

This research was supported by the In-House Research and Development Program of the Korea Institute of Energy Research (KIER) (B9-2411) and the Basic Science Research Program through the National Research Foundation of Korea (NRF) funded by the Ministry of Education (Grant NRF-2016R1D1A1B03934840). 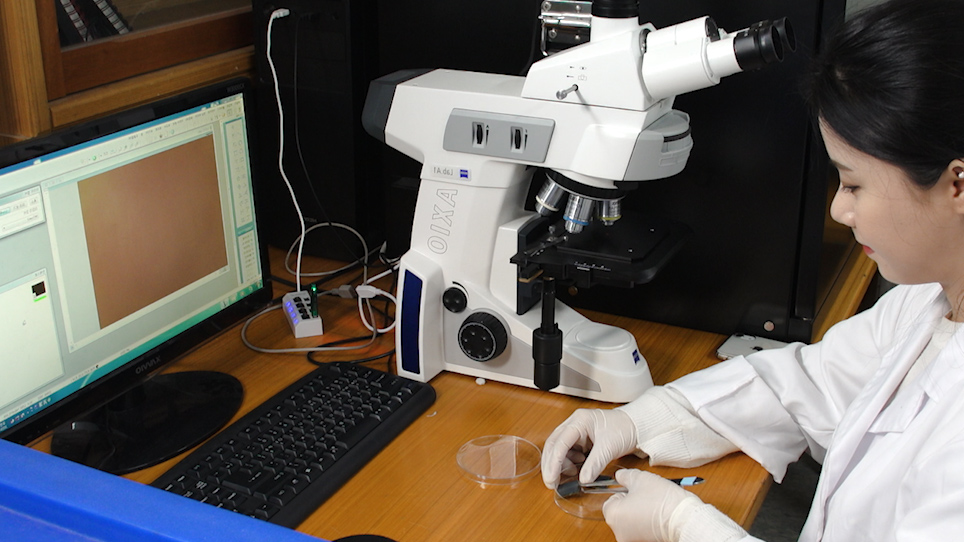