This video demonstrates how to use C. elegans to assess dopaminergic neuron neurodegeneration as a model for Parkinson's disease. Furthermore, genetic screens are used to identify factors that either enhance degeneration or are neuroprotective.

Improvements to the diagnosis and treatment of Parkinson's disease (PD) are dependent upon knowledge about susceptibility factors that render populations at risk. In the process of attempting to identify novel genetic factors associated with PD, scientists have generated many lists of candidate genes, polymorphisms, and proteins that represent important advances, but these leads remain mechanistically undefined. Our work is aimed toward significantly narrowing such lists by exploiting the advantages of a simple animal model system. While humans have billions of neurons, the microscopic roundworm Caenorhabditis elegans has precisely 302, of which only eight produce dopamine (DA) in hemaphrodites. Expression of a human gene encoding the PD-associated protein, alpha-synuclein, in C. elegans DA neurons results in dosage and age-dependent neurodegeneration.

Our methodology involves generation of a C. elegans DA neuron-specific expression vector using recombinational cloning of candidate gene cDNAs under control of the Pdat-1 promoter. These plasmids are then microinjected in wild-type (N2) worms, along with a selectable marker for successful transformation. Multiple stable transgenic lines producing the candidate protein in DA neurons are obtained and then independently crossed into the alpha-synuclein degenerative strain and assessed for neurodegeneration, at both the animal and individual neuron level, over the course of aging.

Two plasmids are required: one for tissue-specific expression of the gene of interest and a second as selectable transformation marker (though the marker plasmid is usually available from within the research community).

A transgenic marker plasmid consists of a vector with a promoter driving the expression of a fluorescent protein in an obvious tissue. In this particular procedure, the unc-54 promoter drives cherry protein expression in body wall muscle (Punc-54::cherry).

B. Generation of Transgenic C. elegans via Microinjection

The age-dependent loss of dopamine neurons is a clinical hallmark of Parkinson's disease and has been associated with the accumulation or misfolding of a protein called alpha-synuclein. Here we demonstrate how to label, via a fluorescent transgene, the dopaminergic neurons of C. elegans and mimic the neurodegeneration seen in Parkinson's disease by coexpressing human alpha-synuclein in these cells.

This video depicts the methodology for growth, genetic crossing, mounting, and scoring of transgenic nematodes to evaluate genetic factors that either enhance neurodegeneration or provide neuroprotection over the course of aging. Care is taken to use markers for transgene maintenance appropriately staged male and hermaphrodites to ensure successful genetic crosses, and consistency in scoring neuron loss or protection. In this manner, C. elegans facilitates rapid evaluation of genetic factors that may either contribute to neurodegeneration or represent therapeutic targets for enhancing neuron survival. 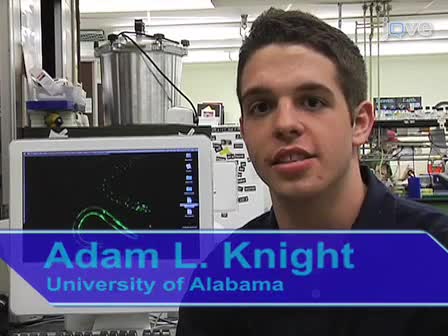