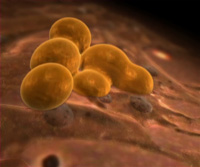 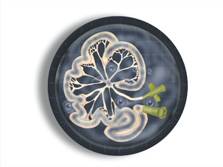 Whole-mount in situ hybridization (WMISH) is a common technique used for visualizing the location of expressed RNAs in embryos. In this process, synthetically produced RNA probes are first complementarily bound, or "hybridized," to the transcripts of target genes. Immunohistochemistry or fluorescence is then used to detect these RNA hybrids, revealing spatial and temporal patterns of gene expression. Unlike traditional in situ hybridization techniques, which require thin tissue sections whose images will need to be computationally reassembled, the whole-mount technique allows gene expression patterns to be assessed over the entire embryo or structure.

This video will introduce the basic concepts of whole mount staining and detail key procedural steps, including probe design and production, embryo fixation and staining, and post-hybridization signal detection. Viewers will then learn about how developmental biologists are applying WMISH to current research studies.

Whole-mount in situ hybridization is a powerful technique that enables scientists to understand the molecular basis of embryonic development. "Whole-mount" indicates that the entire embryo will be used, not just a tissue slice. "In situ" is a Latin phrase meaning "in position." And finally, "hybridization" refers to the complementary binding of a synthetically produced RNA molecule to an mRNA transcript within the cell of an organism.

This video will demonstrate the procedure, the expected results, and selected applications of this technique that can allow for better understanding of developmental disorders.

Genes underlying organism morphogenesis are expressed in temporally and spatially restricted patterns during the course of embryonic development.

Synthetically produced RNA probes, called riboprobes, are used to detect mRNAs by complementary binding. Riboprobes are labeled with special nucleotides containing "haptens," such as dinitrophenol, biotin, or digoxygenin. Haptens are molecules that can elicit an immune response when attached to larger molecules, and are therefore targets for antibody binding. These detection antibodies are conjugated to enzymes, such as horseradish peroxidase or alkaline phosphatase, that catalyze chemical reactions where a fluorescent or colored dye can be deposited.

Traditional in situ hybridization techniques require the preparation of tissue sections of an embryo to facilitate the detection of the internal structures. As a result, a complete assessment of gene expression throughout the organism will need to be reconstructed from the 5-6 μm tissue slices with the help of computer software. However, with the development of whole-mount techniques, gene expression analysis over larger distances within the whole embryo can be obtained.

After looking at the principles behind whole-mount in situ hybridization, let's go through the experimental protocol step-by-step.

The first step in this procedure involves the identification of the target sequence in the model organism to be investigated. The target DNA sequence is then amplified by PCR using primers containing RNA polymerase initiation sequences. The amplified DNA template is now transcribed in vitro with hapten-labeled nucleotides. This hapten-labeled riboprobe is now ready for the hybridization step.

Embryos are prepared for hybridization via fixation with formaldehyde, a cross-linking reagent that stabilizes proteins and protects against RNases. After fixation, the formaldehyde is removed by washing the embryo several times with phosphate buffered saline containing a small amount of detergent, such as Tween. To remove cellular lipids and facilitate probe penetration into the tissues, embryos are dehydrated in a graded series of methanol washes, for example: 25%, 50%, 75%, 100% methanol. Embryos can be preserved in 100% methanol for up to one month (or more) at -20°C.

To prepare embryos for hybridization, they must be rehydrated by a graded series of methanol washes with progressively less methanol per wash. Embryos are then digested with a protease to facilitate diffusion of riboprobe into the tissues. The labeled riboprobe is added to the embryo and the hybridization is carried out.

Post-hybridization washes are performed to remove nonspecific hybridizations. RNases A an T1 are added to remove incompletely hybridized probes by digesting single-stranded RNA. The hybridized probes are detected with an antibody-enzyme conjugate that binds the hapten-labeled riboprobes. As mentioned previously, enzymes like alkaline phosphatase are conjugated to hapten-specific antibodies, and are detected by adding enzyme substrates to elicit a color change. The reaction product forms a dark purple precipitate marking the location of the expressed mRNA, as seen in this example.

Now that you know how to do whole-mount in situ hybridization, let's look at some applications of the technique.

Whole-mount in situ hybridization has been used to help scientists tackle deadly mosquito-borne diseases, such as malaria, dengue fever, and West Nile disease. By characterizing the genes involved in mosquito reproduction and development, new biological or chemical insecticides may be designed to better target the disease-carrying mosquitos.

Another application of this technique involves the characterization of gene expression pattern changes associated with exposure to teratogens, or agents that interfere with fetal development.

Here, whole-mount in situ hybridization was used in a zebrafish model of fetal alcohol syndrome to identify genes whose expression patterns are changed after exposure to alcohol. This can help in the development of therapies to mitigate the consequences of in utero alcohol exposure.

Whole-mount in situ hybridization can also be used to validate phenotypic changes associated with congenital diseases. Mutations associated with the Bardet-Biedl syndrome were introduced into zebrafish embryos via synthetically produced mutant mRNAs. After a defined period of time, embryos were divided into groups based on the severity of defects. Visualizing the expression of genes downstream of the mutated gene was used to validate the phenotypic changes. Thus, whole-mount in situ hybridization in combination with phenotypic scoring can facilitate a better understanding of the roles of specific mutations underlying developmental defects.

You've just watched JoVE's video on whole-mount in situ hybridization. This technique is a powerful tool that enables precise temporal and spatial characterization of gene expression within an organism. Whole-mount in situ hybridization is currently being used to generate an atlas of gene expression patterns during development in a multitude of model organisms. These studies may facilitate the development of new therapeutics to treat human diseases, including cancer. Thanks for watching!