We demonstrate here that epigenetic reprogramming via Somatic Cell Nuclear Transfer (SCNT) can be used as a tool to generate mouse models with pre-defined T cell receptor (TCR) specificities. These transnuclear mice express the corresponding TCR from their endogenous locus under the control of the endogenous promoter.

Lymphocytes, such as T cells, undergo genetic V(D)J recombination, to generate a receptor with a certain specificity1. Mice transgenic for a rearranged antigen-specific T cell receptor (TCR) have been an indispensable tool to study T cell development and function. However, such TCRs are usually isolated from the relevant T cells after long-term culture often following repeated antigen stimulation, which unavoidably selects for T cells with high affinity. Random genomic integration of the TCR α- and β-chain and expression from non-endogenous promoters can lead to variations in expression level and kinetics.

Epigenetic reprogramming via somatic cell nuclear transfer provides a tool to generate embryonic stem cells and mice from any cell of interest. Consequently, when SCNT is applied to T cells of known specificity, these genetic V(D)J rearrangements are transferred to the SCNT-embryonic stem cells (ESCs) and the mice derived from them, while epigenetic marks are reset. We have demonstrated that T cells with pre-defined specificities against Toxoplasma gondii can be used to generate mouse models that express the specific TCR from their endogenous loci, without experimentally introduced genetic modification. The relative ease and speed with which such transnuclear models can be obtained holds promise for the construction of other disease models.

Before specific T or B cells can be used as donor cells to generate transnuclear mouse models, mice need to be infected with a pathogen of interest or immunized with an antigen of interest. Since we have used CD8+ cells specific for Toxoplasma gondii, the following protocol will describe the generation and isolation of these cells and needs to be adapted according to personal interest.

There are a few protocols for Somatic Cell Nuclear Transfer. The one described here makes use of oocytes arrested at Metaphase-II and the inhibition of the second meiotic division using Cytochalasin B. Therefore donor cells are needed which are in G0/G1 phase.

The SCNT-blastocysts can be used to either transfer them into pseudo-pregnant females (also known as direct or one-step cloning) or to derive embryonic stem cells (also known as indirect or two-step cloning). Since it is much more efficient to generate ES cells, we choose the two-step procedure. In case the scientist is interested in direct cloning, the blastocysts can be transferred directly into pseudo-pregnant females as described in section 5.

There are many protocols describing the derivation of embryonic stem cells. The one described here is a standard technique, which utilizes feeder cells, and fetal calf serum.

The transfer of embryos into pseudo-pregnant females represents a surgical procedure, which needs to be carried out very carefully and according to the guidelines of the researcher's institute. 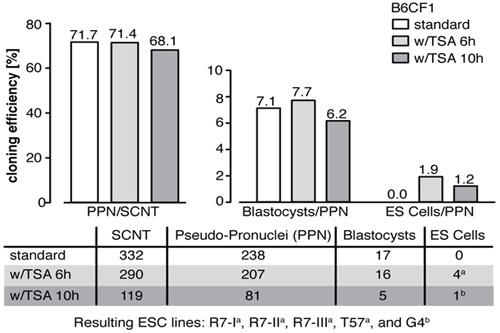 One important thing to consider is the strain and gender of mouse, which is infected or immunized and used to isolate T or B cells of interest. Since T and B cells have a very low reprogramming efficiency in general, we recommend using F1 hybrids of desired haplotype. Because the donor cell also determines the sex, we recommend using T or B cells from male mice. This means that only male chimeric mice would transmit the TCR or BCR through the germline, with male mice being easier and faster to breed.

Taken together, we think that epigenetic reprogramming via SCNT represents a powerful tool to generate a novel type of mouse models, which will be of great advantage for the immunological field.

A patent has been filed. 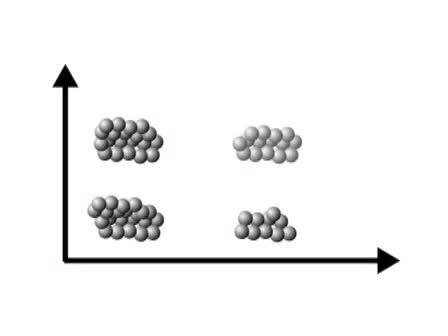