In this article, we examine the effects of visually relevant state dependency on TMS induced motive phosphenic presentations.

Transcranial magnetic stimulation (TMS) is a non-invasive neurostimulatory and neuromodulatory technique that can transiently or lastingly modulate cortical excitability (either increasing or decreasing it) via the application of localized magnetic field pulses.1,2 Within the field of TMS, the term state dependency refers to the initial, baseline condition of the particular neural region targeted for stimulation. As can be inferred, the effects of TMS can (and do) vary according to this primary susceptibility and responsiveness of the targeted cortical area.3,4,5

In this experiment, we will examine this concept of state dependency through the elicitation and subjective experience of motive phosphenes. Phosphenes are visually perceived flashes of small lights triggered by electromagnetic pulses to the visual cortex. These small lights can assume varied characteristics depending upon which type of visual cortex is being stimulated. In this particular study, we will be targeting motive phosphenes as elicited through the stimulation of V1/V2 and the V5/MT+ complex visual regions.6

Visual adaptation to the uni-directional motive stimuli should elicit an identical phosphenic movement over V1/V2. 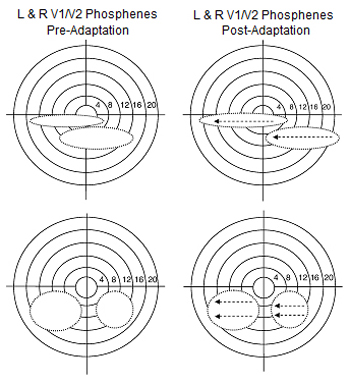 Figure 3. Examples of phosphenes induced from V1/V2 in the right and left hemisphere during condition one (based on the drawings of subjects).
The V5/MT+ complex phosphenes should also be affected, such that the phosphene now will appear as a sum of the motion direction in the adapting stimulus and the baseline phosphene.

However, visual adaptation to the starburst pattern should elicit an identical starburst phosphenic movement from the V5/MT+ complex, but should not change the V1/V2 baseline. 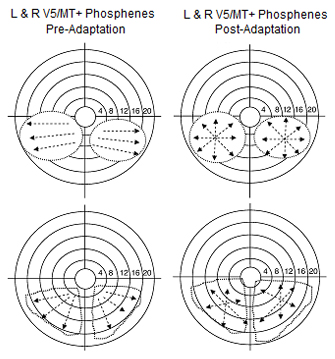 Figure 4. Examples of phosphenes induced from the V5/MT+ complex in the right and left hemisphere during condition two (based on the drawings of subjects).

This experiment gets at the heart of state dependency. Neurons in V1/V2 are thought to correspond with simple, directional movement.7,8 Therefore, adaptation to the uni-directional motive stimuli increased the excitability of neurons registering this movement - as such, they should be the first to react to the TMS pulse. The V5/MT+ complex also contains neurons tuned to simple translational motion, therefore the phosphenes induced from this region should also be affected by the adapting stimulus. However, the V5/MT+ complex is also thought to contain distinct neurons which register radial movement.9,10 Because of this, the starburst pattern should change the state of V5 but not V1/V2. By adapting to simple translational or complex radial motion, we can effectively control which neuronal population in the V5/MT+ complex reacts quickest to the TMS pulse.

Knowing that a specific neuronal population can be primed to be more responsive to TMS than surrounding neuronal population holds incredible promise for both the fields of cognitive neuroscience and therapeutic treatment. Exploiting state dependency effects, perhaps an argument could be made for prescribing physical therapy, psychotherapy, or other behavioral "priming" therapies before administering therapeutic TMS trains. 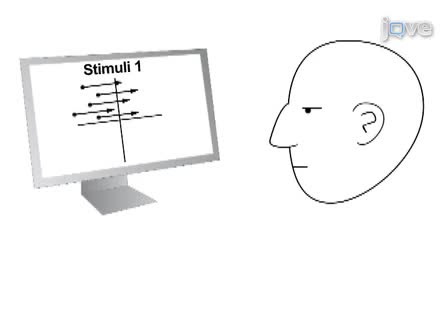