Circadian rhythms are physiological functions that cycle over a period of approximately 24 hours (circadian- circa: approximate and diem: day)1, 2. They are responsible for timing our sleep/wake cycles and hormone secretion. Since this timing is not precisely 24-hours, it is synchronized to the solar day by light input. This is accomplished via photic input from the retina to the suprachiasmatic nucleus (SCN) which serves as the master pacemaker synchronizing peripheral clocks in other regions of the brain and peripheral tissues to the environmental light dark cycle3-7. The alignment of rhythms to this environmental light dark cycle organizes particular physiological events to the correct temporal niche, which is crucial for survival8. For example, mice sleep during the day and are active at night. This ability to consolidate activity to either the light or dark portion of the day is referred to as circadian photoentrainment and requires light input to the circadian clock9. Activity of mice at night is robust particularly in the presence of a running wheel. Measuring this behavior is a minimally invasive method that can be used to evaluate the functionality of the circadian system as well as light input to this system. Methods that will covered here are used to examine the circadian clock, light input to this system, as well as the direct influence of light on wheel running behavior.

When looking at wheel running records, you should expect to see several hours of continuous running in each mouse. Because mice are nocturnal, this running, or active phase, will correlate with the dark period in the presence of a light/dark cycle. Mice free running in constant conditions will also have this confined period of sustained activity representing the active phase of their free-running rhythm. In constant darkness, this will be shorter than 24 hours and in constant light, greater than 24 hours. Administration of a 15-minute 1000lux light pulse 4 hours after the onset of activity (CT16) will result in delayed activity onset on the days following this light pulse. 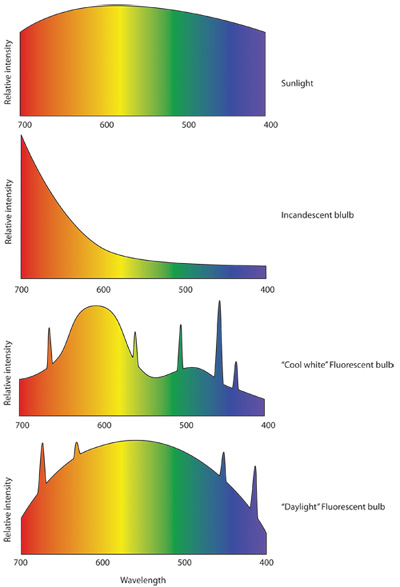 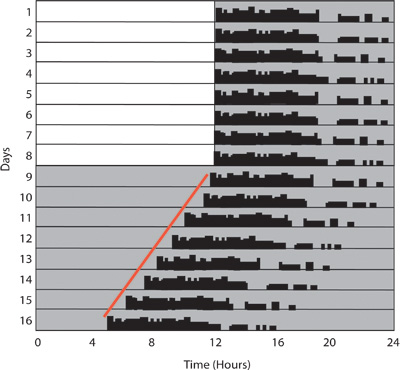 Figure 2: Circadian photoentrainment. The actogram is a graph of activity from a single mouse where consecutive days are plotted on the y-axis, and time is plotted on the x-axis. The black bars represent the number of wheel revolutions, and the background is shaded to give an indication of the light/dark cycle. On days 1-8, the mouse is housed in a 12:12 light: dark cycle. During this time, the mouse starts running at the offset of lights and consolidates its activity to the dark phase. During the light phase, activity is minimal. On day 9, the lights are turned off, leaving the mouse in constant darkness. Without a light cycle, there is no input to the circadian clock, which results in the clock running on its endogenous time. As you can see, activity starts earlier each day an indication that the endogenous clock of this animal is less than 24 hours. 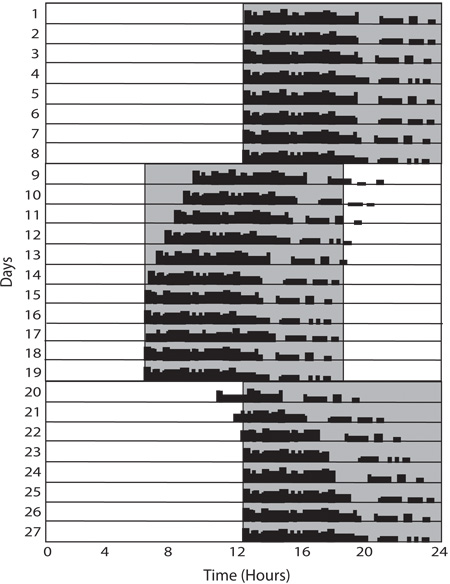 Figure 3: Re-entrainment. Re-entrainment paradigms involve shifting the light cycle either forward or back forcing the circadian clock to adjust to the new light cycle. In this example, the cycle is advanced 6 hours on Day 9 and then delayed 6 hours on Day 20. In both circumstances, several days are required for full re-entrainment, however depending on the direction of movement the effect is more pronounced in either the onset or offset time. 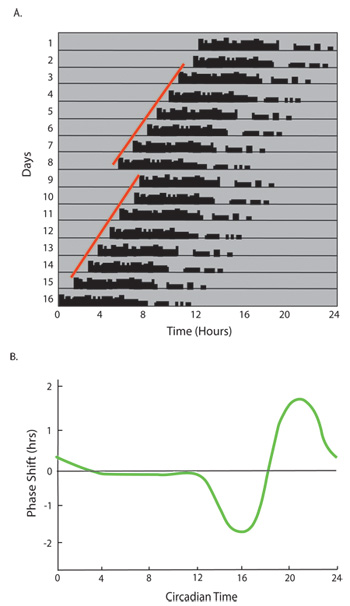 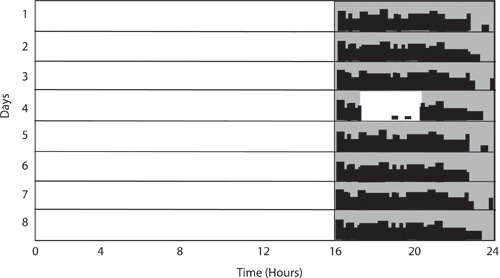 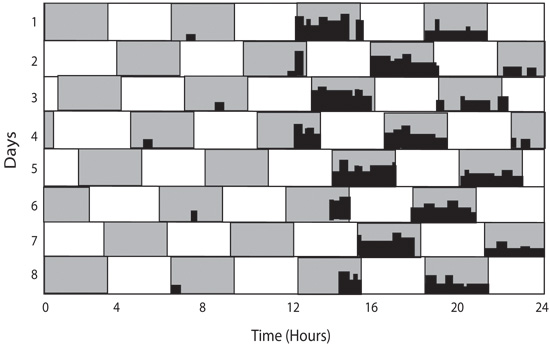 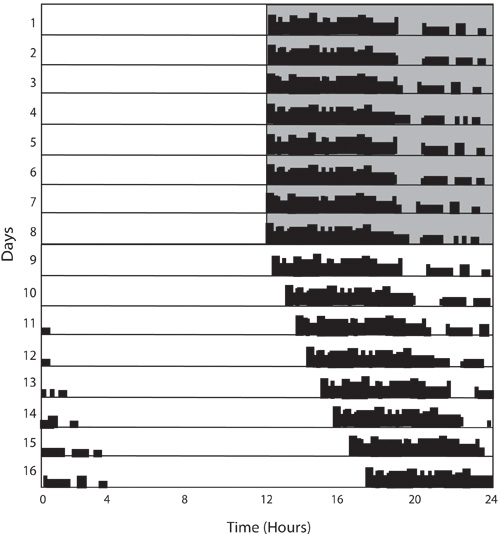 Figure 7: Period lengthening in constant light. Days 1-8 show photoentrainment of the mouse similar to Figure 2, however on Day 9 the mouse is placed in constant light. In response to this condition, mice free-run with a period longer than 24 hours as indicated by the activity onset occurring later each day.

Circadian rhythms have been measured and recorded in various organisms throughout history. While we have specifically described the method for recording activity rhythms in mice, this technique can be easily modified to measure rhythms in other rodents such as hamsters and rats, which are often used in circadian studies. However, the freerunning period and time to re-entrain in other organisms will vary. For instance, the freerunning period of a hamster in constant darkness is 24.0 hours, while in mice it is less than 24 hours. In the circumstance, that you are working in an organism, which is not suitable for wheel running activity, many of the same light paradigms can be used, however a different physiological rhythm should be looked at. The most similar measure is general activity. In humans, monkeys, and dogs, researchers often use actigraphy, which measures the amount of movement of the individual. In humans, body temperature and melatonin secretion are also commonly measured and have both been shown to have a circadian rhythm, which is capable of phase shifting and able to re-entrain15, 16.

While we think of these physiological rhythms as discrete occurrences, they are quite interconnected. The activity rhythm of an animal can be closely overlaid with the body temperature rhythm and is the inverse of a sleep rhythm. Furthermore, the melatonin secretion that is often used as a marker of circadian phase, closely resembles the normal sleep rhythm in humans. Because these cycles are so interwoven, the study of one can inform and predict results of others. For instance, NPAS2 mutant mice, which showed continuous wheel running activity though out the dark portion of a light dark cycle, were later examined for sleep defects17. These mice were found to sleep less overall, with the decrease occurring during the dark phase, the normal "nap time".

Wheel running activity provides a relatively non-invasive way to examine circadian rhythms. The paradigms described above can be used to complete a detailed analysis of circadian behavior. Additionally, paradigms such as photoentrainment and housing in constant darkness can be used to as an initial survey of circadian phenotypes prior to more concentrated research such as sleep analysis.

This work was funded by the NIH grant R01 GM76430, David and Lucille Packard Foundation, and the Alfred Sloan Foundation.