The Morris Water Maze is a behavioral task to test hippocampal-dependent learning and memory. It has been widely used in the study of neurobiology, neuropharmacology and neurocognitive disorders in rodent models.

The Morris Water Maze (MWM) was first established by neuroscientist Richard G. Morris in 1981 in order to test hippocampal-dependent learning, including acquisition of spatial memoryand long-term spatial memory 1. The MWM is a relatively simple procedure typically consisting of six day trials, the main advantage being the differentiation between the spatial (hidden-platform) and non-spatial (visible platform) conditions 2-4. In addition, the MWM testing environment reduces odor trail interference 5. This has led the task to be used extensively in the study of the neurobiology and neuropharmacology of spatial learning and memory. The MWM plays an important role in the validation of rodent models for neurocognitive disorders such as Alzheimer’s Disease 6, 7. In this protocol we discussed the typical procedure of MWM for testing learning and memory and data analysis commonly used in Alzheimer’s disease transgenic model mice.

We have used the Morris Water Maze test to examine hypoxia’s effect on AD pathogenesis (7) and valproic acid (VPA)’s pharmaceutical potential for AD treatment (6) in transgenic AD model mice. Figure 3 is the representative result we reported in our study on VPA’s effect on memory deficits in the APP23 AD mouse model (6). On day 1 (visible platform trials), there is no difference between the VPA treated and control groups in latency (Fig. 3A) and path length (Fig. 3A) indicating that both of the groups have similar motor and visual capabilities. From this we assume the mice are able to see the flagged-platform and the cues in surrounding environment, and can swim acceptably. For days 2-5 (Day 1 to 4 of hidden platform trials) the example shows a difference in the escape latency (Fig. 3C) and path length (Fig 3D) between the groups, suggesting that VPA treated mice performed significantly better than controls over time. The probe trail results on the last day (Day 6) show that the number of times the mice traveled into the third quadrant, where the hidden platform was previously placed, was significantly greater with VPA treatment compared to control (Fig. 3E). These data indicate that VPA treatment significantly improves the memory deficits seen in APP23 mice. 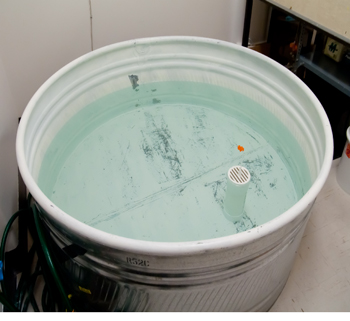 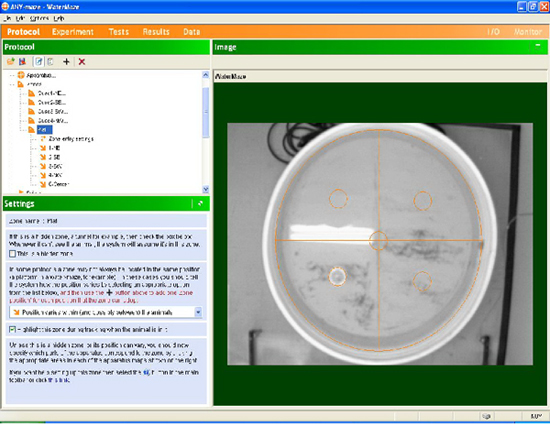 Figure 2. Screen capture from the Any-Maze™ Video Tracking System demonstrating pool calibration. The pool is viewed from above by a black and white analog tracking camera with a RTV24 Digitizer. Several zones are defined within the software and the total pool is divided into 4 quadrants. A fifth, platform zone is entered which can vary across trials, with five possible locations: NW, NE, SW, SE, or Center. A calibration line (ticked line across center) is added to allow the software to convert pixel distances into physical distances. 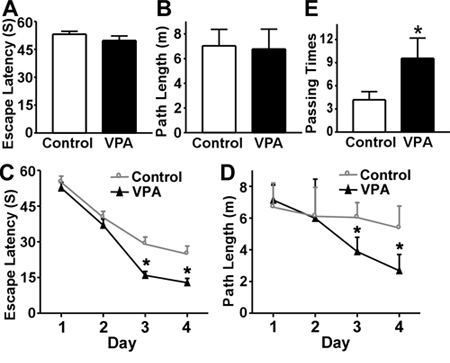 Age, sex, species, and strain differences influence MWM performance (8). Studies indicate that aged mice have poor performance in the MWM, while male rodents perform better than females; additionally, floating is more pronounced in mice than rats (9, 10). Therefore, these elements should be equated across all tests. Evidence also suggests that stressed animals perform more poorly in the MWM (11), thus environmental factors which may cause stress, such as temperature, light, and noise, should be monitored and kept constant over the task.

All experiments were conducted in accordance with The University of British Columbia Animal Care and Use committee and CIHR guidelines.

This work was supported by the Canadian Institutes of Health Research (CIHR), the Townsend Family, and Jack Brown and Family Alzheimer’s Research Foundation (to W. S.). W. S. is the holder of the Canada Research Chair in Alzheimer's Disease. P.L. was supported by a NSERC Alexander Graham Bell Canada Graduate Scholarship Doctoral Research Award and a Michael Smith Foundation for Health Research Senior Graduate Studentship. 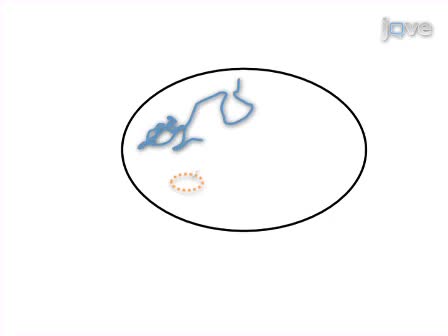