This article details the procedures for optical imaging analysis of the tumor-targeted nanoparticle, HerDox. In particular, detailed use of the multimode imaging device for detecting tumor targeting and assessing tumor penetration is described here.

The HER2+ tumor-targeted nanoparticle, HerDox, exhibits tumor-preferential accumulation and tumor-growth ablation in an animal model of HER2+ cancer. HerDox is formed by non-covalent self-assembly of a tumor targeted cell penetration protein with the chemotherapy agent, doxorubicin, via a small nucleic acid linker. A combination of electrophilic, intercalation, and oligomerization interactions facilitate self-assembly into round 10-20 nm particles. HerDox exhibits stability in blood as well as in extended storage at different temperatures. Systemic delivery of HerDox in tumor-bearing mice results in tumor-cell death with no detectable adverse effects to non-tumor tissue, including the heart and liver (which undergo marked damage by untargeted doxorubicin). HER2 elevation facilitates targeting to cells expressing the human epidermal growth factor receptor, hence tumors displaying elevated HER2 levels exhibit greater accumulation of HerDox compared to cells expressing lower levels, both in vitro and in vivo. Fluorescence intensity imaging combined with in situ confocal and spectral analysis has allowed us to verify in vivo tumor targeting and tumor cell penetration of HerDox after systemic delivery. Here we detail our methods for assessing tumor targeting via multimode imaging after systemic delivery.

Tumor-targeting of chemotherapy has the potential to eliminate cancer cells at lower dose compared to untargeted drugs because more of the delivered therapy can accumulate at its intended destination rather than distribute to non-tumor tissue. As the latter situation would dilute out the efficacy of the drug and thus require higher doses to be effective, tumor-targeting has both therapeutic and safety advantages over standard non-targeted treatment.

Targeting chemotherapy by encapsulation in self-assembled nanoparticles allows the drug to remain chemically unmodified in contrast to drugs that are covalently linked to targeting molecules. As such linkage has the potential to alter the activity of both the drug and the targeting molecule; non-covalent assembly allows drug potency to be retained.

We have previously shown that the novel three-component, self-assembled complex, HerDox, targets HER2+ tumors in vivo and elicits tumor-growth ablation while sparing normal tissue, including the heart 1. HerDox is formed through non-covalent interactions between the receptor-binding cell-penetration protein, HerPBK10, and the chemotherapeutic agent, doxorubicin (Dox), via a small nucleic acid linker. HerPBK10 binds the human epidermal growth factor receptor (HER) and triggers receptor-mediated endocytosis 2-4, while endosomal membrane penetration is accomplished through incorporation of the adenovirus-derived penton base capsid protein 4-6. A positively-charged domain on the protein enables nucleic acid binding 4, 5, through which DNA-intercalated Dox can be transported for targeted delivery. Electrophilic, intercalation, and possibly protein oligomerization interactions facilitate self-assembly into round 10-20 nm particles that are stable in blood and under extended storage at different temperatures 1. Preferential targeting to HER2+ tumor cells is facilitated by the enhanced ligand affinity when HER2 is elevated.

Our previous studies have shown that systemic delivery of HerDox yields preferential accumulation in tumors over non-tumor tissue and in comparison to untargeted Dox 1, and penetration into tumor cells in vivo 7. We have observed that HerDox releases Dox after tumor cell entry, allowing Dox accumulation into the nucleus 1. Tumor-accumulation appears to correlate with receptor level, as relatively low HER2-expressing tumors accumulate less HerDox compared to those with comparatively higher HER2 levels 1. Moreover, the effective cell death concentration exhibits an inverse correlation with HER2 display on tumor cell lines expressing differing cell surface HER2 levels 1. HerDox exhibits a therapeutic and safety advantage over untargeted Dox, as tumor killing occurs at over 10-times lower dose compared to the untargeted drug and yields no detectable adverse effect on heart (detected by echocardiography and histological stain) or liver (detected by TUNEL stain) tissue, in contrast to untargeted Dox 1. Despite its derivation from a viral capsid protein, HerPBK10 exhibits no detectable immunogenicity at therapeutic levels 2. Whereas pre-existing antibodies to whole adenovirus can recognize HerPBK10, they are unable to prevent cell binding 2.

Tumor volume measured over time is a standard method of assessing therapeutic efficacy of targeted therapeutics, and has been employed for assessing the therapeutic efficacy of HerDox. Supplementing this approach with in vivo and ex vivo fluorescence intensity imaging has allowed us to better assess targeting efficiency 7. We have specifically integrated in situ confocal imaging of excised tumors with spectral analysis of Dox fluorescence to verify that HerDox not only accumulated at tumors in vivo but penetrated into tumor cells and delivered Dox into the cytoplasm and nucleus 7. Spectral analysis furthermore enabled us to distinguish Dox fluorescence from autofluorescence 7.

Here we demonstrate in greater detail our approach for assessing HerDox in vivo after systemic delivery, and most importantly, for assessing targeting through multimode imaging methods and analyses.

The accumulation of HerDox fluorescence in tumors can be detectable by the last day of injection (Day 7) using a multimode imager. The procedures below entail the use of a customized macro-illumination and detection system (Figure 1) 8.

HerDox fluorescence can be imaged in tumors and specific organs (including the liver, kidney, spleen, heart, and skeletal muscle) harvested from euthanized mice at 24 hr after the final (Day 7) injection of HerDox.

4. In situ Confocal Imaging of Tumors

In situ confocal imaging allows detection and analysis of HerDox tumor accumulation at the cellular level.

Figure 1 shows the in vivo optical imager prototype, which was built for the purpose of image acquisition under multiple modalities, including fluorescence intensity, spectral, lifetime, 2-photon, intra-vital confocal, and bioluminescence imaging. In addition, the cooled high sensitive camera and high power laser lines incorporated in this system yields higher contrast fluorescence images compared to commercial optical imaging systems 11, especially for the in vivo detection of doxorubicin fluorescence. Hence, this system was critical for use in the present study to acquire multiple complementary data points in the assessment of HerDox in vivo. 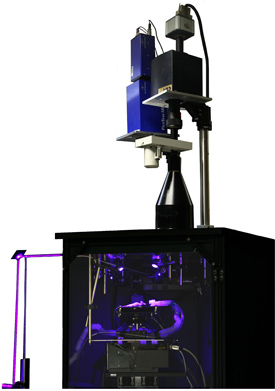 Figure 2. Representative fluorescence intensity images of internal organs and tumors extracted from a mouse receiving HerDox. Tissues and tumors were harvested from euthanized mice at 24 hr after the final (Day 7) injection of HerDox Fluorescence intensity images before and after background correction (b) are represented by (a) and (c), respectively. Click here to view larger figure.

Figure 5. Acquisition of a pure spectral signature for autofluorescence. After the images of untreated tumor were obtained at sequential wavelengths within 510-650 nm, with a step-size of 10 nm (left), the pure spectral signature for autofluorescence was obtained using the program we developed. Click here to view larger figure. 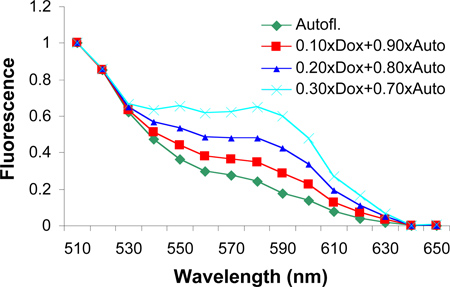 Dox fluorescence can be detectable in vivo using the multimode imager when tumors are subcutaneous. However, the therapeutically effective dose of HerDox (0.004 mg/kg) is below the detection threshold after a single dose. In contrast, after 7 daily injections (1x/day for 7 days), the tumor accumulation and retention of the particle is sufficient to enable visualization of Dox fluorescence.

In the multimode optical system, a laser beam is utilized for excitation of HerDox. The laser beam typically has a Gaussian profile. Hence, for uniform excitation of specimens of interest, optical diffusers are utilized. Nevertheless, the diffused laser light somewhat preserves a Gaussian beam profile. Thus, for ideal quantitative analysis, background correction must be performed. The before-corrected and background images typically have a depth of 16 bits. Therefore, before the background correction is performed, the image depth should be converted to 32 bits in order to avoid unwanted errors from the image depth discrepancy between resultant and input images.

In the acquisition of a background image, a black paper (Artagain) was previously put on an imaging plate in order to prevent illumination reflections before performing fluorescence imaging. However, since the camera is highly sensitive, low background signals from the black-paper was detected by the camera. Therefore, the background signals shown in Figure 2 came from the black paper rather than from an empty Petri-dish.

The author, Daniel Farkas, is Chairman of Spectral Molecular Imaging. The remaining authors have no competing interests.

This work was funded by grants to LKM-K from the National Institutes of Health/National Cancer Institute (R01CA129822 and R01CA140995). Dr. Medina-Kauwe thanks C. Rey, M. M-Kauwe and D. Revetto for continued support. 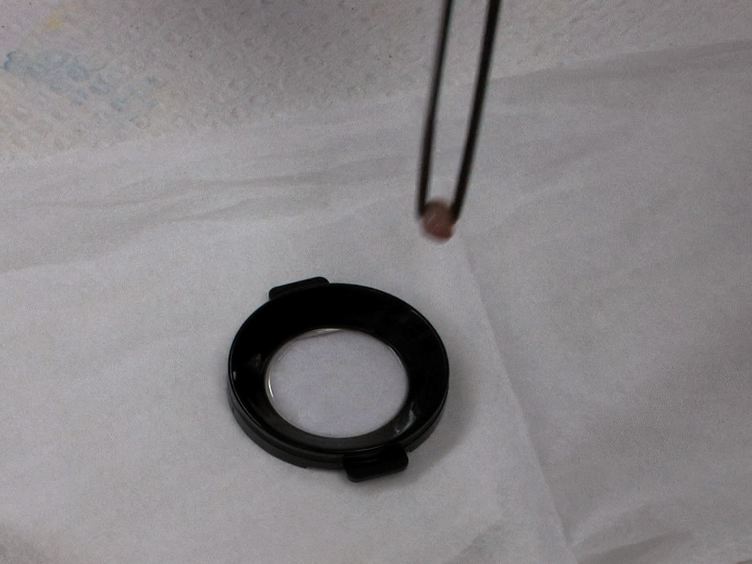