An efficient system of structure and function analysis of a gene in an ex vivo culture of splenic B-lymphocytes is described. This method takes advantage of recombinant retroviral production in a helper free, ecotrophic packaging cell line. Stable, heritable expression of a gene of interest within primary lymphocytes is achieved leading to generation of surface antibodies on B cells undergoing class switch recombination.

The transgenic expression of genes in eukaryotic cells is a powerful reverse genetic approach in which a gene of interest is expressed under the control of a heterologous expression system to facilitate the analysis of the resulting phenotype. This approach can be used to express a gene that is not normally found in the organism, to express a mutant form of a gene product, or to over-express a dominant-negative form of the gene product. It is particularly useful in the study of the hematopoetic system, where transcriptional regulation is a major control mechanism in the development and differentiation of B cells 1, reviewed in 2-4.

Mouse genetics is a powerful tool for the study of human genes and diseases. A comparative analysis of the mouse and human genome reveals conservation of synteny in over 90% of the genome 5. Also, much of the technology used in mouse models is applicable to the study of human genes, for example, gene disruptions and allelic replacement 6. However, the creation of a transgenic mouse requires a great deal of resources of both a financial and technical nature. Several projects have begun to compile libraries of knock out mouse strains (KOMP, EUCOMM, NorCOMM) or mutagenesis induced strains (RIKEN), which require large-scale efforts and collaboration 7. Therefore, it is desirable to first study the phenotype of a desired gene in a cell culture model of primary cells before progressing to a mouse model.

Retroviral DNA integrates into the host DNA, preferably within or near transcription units or CpG islands, resulting in stable and heritable expression of the packaged gene of interest while avoiding transcriptional silencing 8 9. The genes are then transcribed under the control of a high efficiency retroviral promoter, resulting in a high efficiency of transcription and protein production. Therefore, retroviral expression can be used with cells that are difficult to transfect, provided the cells are in an active state during mitosis. Because the structural genes of the virus are contained within the packaging cell line, the expression vectors used to clone the gene of interest contain no structural genes of the virus, which both eliminates the possibility of viral revertants and increases the safety of working with viral supernatants as no infectious virions are produced 10.

Here we present a protocol for recombinant retroviral production and subsequent infection of splenic B cells. After isolation, the cultured splenic cells are stimulated with Th derived lymphokines and anti-CD40, which induces a burst of B cell proliferation and differentiation 11. This protocol is ideal for the study of events occurring late in B cell development and differentiation, as B cells are isolated from the spleen following initial hematopoetic events but prior to antigenic stimulation to induce plasmacytic differentiation.

3. Infection of Stimulated Splenic B Cells

We have successfully rescued the deficiency of the protein factor Activation Induced Cytidine Deaminase (AID) from AID-deficient (AID-/-) B-lymphocytes using retroviral transduction. Briefly, we generated recombinant retroviruses expressing mouse AID (mAID) protein by transfecting Phoenix cells with pMX-mAID-GFP 15-18. The harvested viruses were infected into AID-deficient B cells obtained from AID-deficient mice in ex vivo class switch recombination (CSR) stimulation conditions 19. The infected B cells were then analyzed for CSR to IgG1 after 72hrs in culture using flow cytometry analysis. Figure 2 shows the detection of IgG1 at the surface of B cells with AID but not the empty construct, indicating that CSR has occurred as a result of AID expression rescue. 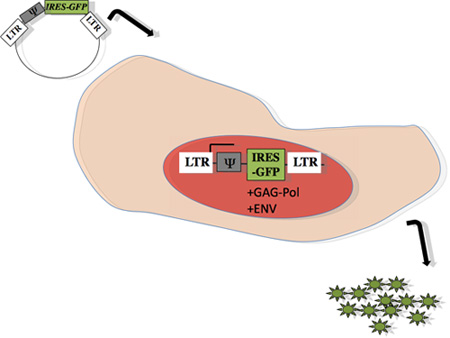 Figure 2: AID deficient B cells, stimulated with anti-CD40 and IL-4 were infected with a retrovirus containing pMX-mAID-GFP or a retrovirus expressing GFP alone. The level of CSR to IgG1 was evaluated by FACS analysis.

Retroviral transduction of splenic B cells as described here and as depicted in Figure 1 is a genetic approach that is useful in the study of B-lymphocytes because many of the developmental events in lymphopoesis are controlled by transcriptional regulation 1, 2. In the later stages of B cell maturation, triggering via CD40L is essential for the induction of B cell growth, entry into the cell cycle, and proliferation 11, 20. As shown in Figure 2, B cells can be stimulated in vitro with anti-CD40 and IL4 to undergo this burst of proliferation, and retroviral vectors are useful tools to over-express proteins that may function during these stages of B cell development. In the example shown in Fig. 2, we demonstrate that AID-deficient B cells that are unable to undergo CSR (here to IgG1) can be rescued for this function by retrovirally introducing the mouse AID gene. This approach allows us to track for GFP-positive cells (see Figure 1) that have undergone CSR (IgG1+GFP+).

This method is advantageous over mouse modeling in that it can be completed in less than one week after splenic harvest as opposed to the time investment to create a transgenic mouse. The type of analysis can be tailored to the investigator's applications; here we have presented analysis of class switch recombination by flow cytometry as in Figure 2. In addition, this method is suitable for a range of biochemical approaches following protein extraction from the retrovirally-transduced cells 15, 21. 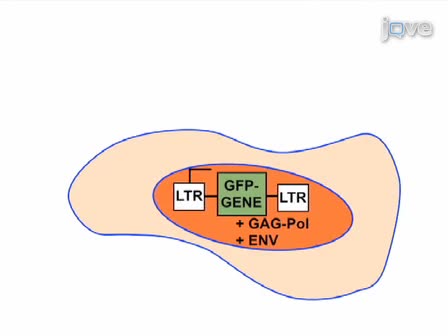