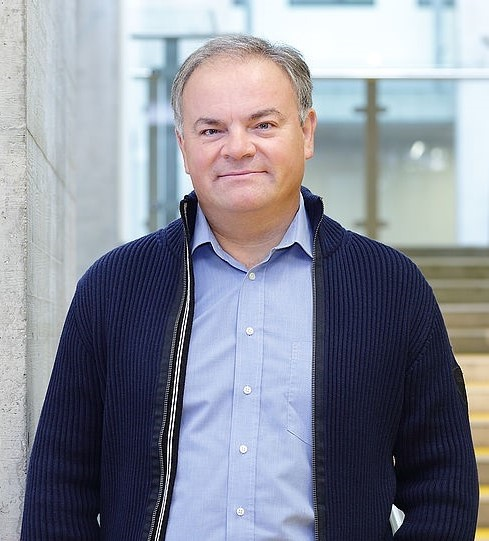 Jürgen Knoblich, PhD is the Scientific Director of the Institute of Molecular Biotechnology of the Austrian Academy of Sciences (IMBA, OEAW). He is an elected member of the Pontifical Academy of Sciences as well as the Board of Directors of the ISSCR, the renowned International Society for Stem Cell Research.

Knoblich studied biochemistry at the University of Tübingen and molecular biology at University College London. He completed his PhD in the lab of Dr. Christian Lehner at the Max Planck Institute for Developmental Biology in Tübingen. He then joined the lab of Dr. Yuh Nung Jan at the University of California, San Francisco. Returning to Europe, he joined the Institute of Molecular Pathology (IMP) in Vienna as a group leader, and in 2004 he moved to the newly founded Institute of Molecular Biotechnology (IMBA) in Vienna as senior group leader. He was appointed deputy director in 2005 and became scientific director in 2018. Both IMP and IMBA are members of the Vienna Biocenter.

Knoblich has been granted several prestigious prizes, including the Wittgenstein Award, the Schroedinger Prize, and the FEBS Anniversary Prize, as well as two Advanced Research Grants from the ERC. He is a member of the European Molecular Biology Organisation (EMBO), the Academia European, and the Austrian Academy of Sciences. Jürgen Knoblich and his research lab are also part of LifeTime, a pan-European initiative to revolutionize healthcare by applying breakthrough technologies to the progression of human diseases that intends to find and implement new methods for personalized prevention, early diagnosis, and treatment.

Knoblich’s work focuses on understanding the mechanisms of human brain development. Starting off with the fruit fly Drosophila as model organism, he investigated the molecular mechanisms guiding brain development and pathogenesis. His lab achieved a breakthrough in 2013, when the first organoid model of early human brain development was successfully generated. The novel technology led to a paradigm shift, as cerebral organoids mimic early human brain development in an astoundingly precise way. This opened the door to neurodevelopmental studies and targeted analyses of human neurological disorders that were otherwise not possible. Since then, his lab has achieved further breakthroughs in cerebral organoid technology by generating models that reconstruct the formation of a layered human cortex wi