OHCs are cylindrical sensorimotor cells located in the Organ of Corti, the auditory organ inside the mammalian inner ear. The name "hair cells" derives from their characteristic apical bundle of stereocilia, a critical element for detection and transduction of sound energy 1. OHCs are able to change shape —elongate, shorten and bend— in response to electrical, mechanical and chemical stimulation, a motor response considered crucial for cochlear amplification of acoustic signals 2.

OHC stimulation induces two different motile responses: i) electromotility, a.k.a fast motility, changes in length in the microsecond range derived from electrically-driven conformational changes in motor proteins densely packed in OHC plasma membrane, and ii) slow motility, shape changes in the millisecond to seconds range involving cytoskeletal reorganization 2, 3. OHC bending is associated with electromotility, and result either from an asymmetric distribution of motor proteins in the lateral plasma membrane, or asymmetric electrical stimulation of those motor proteins (e.g., with an electrical field perpendicular to the long axis of the cells) 4. Mechanical and chemical stimuli induce essentially slow motile responses, even though changes in the ionic conditions of the cells and/or their environment can also stimulate the plasma membrane-embedded motor proteins 5, 6. Since OHC motile responses are an essential component of the cochlear amplifier, the qualitative and quantitative analysis of these motile responses at acoustic frequencies (roughly from 20 Hz to 20 kHz in humans) is a very important matter in the field of hearing research 7.

The development of new imaging technology combining high-speed videocameras, LED-based illumination systems, and sophisticated image analysis software now provides the ability to perform reliable qualitative and quantitative studies of the motile response of isolated OHCs to an external alternating electrical field (EAEF) 8. This is a simple and non-invasive technique that circumvents most of the limitations of previous approaches 9-11. Moreover, the LED-based illumination system provides extreme brightness with insignificant thermal effects on the samples and, because of the use of video microscopy, optical resolution is at least 10-fold higher than with conventional light microscopy techniques 12. For instance, with the experimental setup described here, changes in cell length of about 20 nm can be routinely and reliably detected at frequencies of 10 kHz, and this resolution can be further improved at lower frequencies.

We are confident that this experimental approach will help to extend our understanding of the cellular and molecular mechanisms underlying OHC motility. 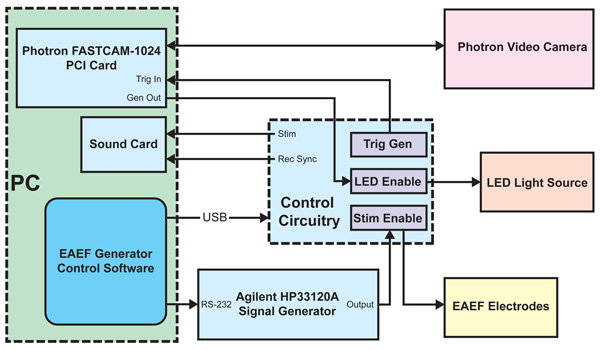 Figure 1. Diagram of the EAEF generator and their links with the image capture system. 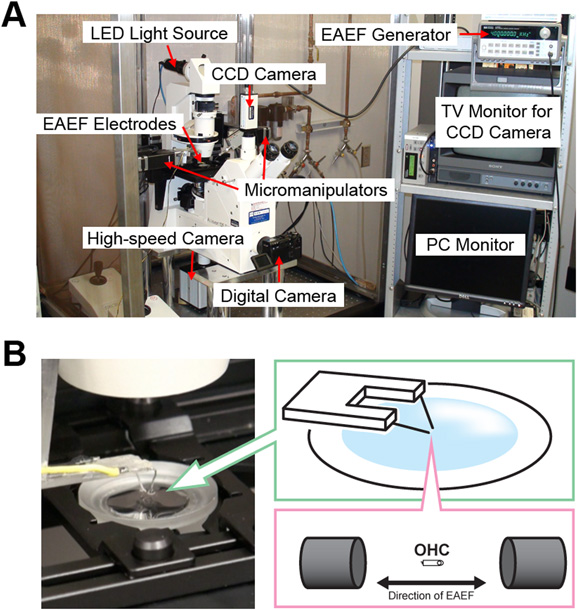 Figure 2. A) Picture of the experimental setup. B) Detail of the microscope stage, with cartoons depicting the electrodes and a single OHC placed between them with its longitudinal axis parallel to the electrical field. 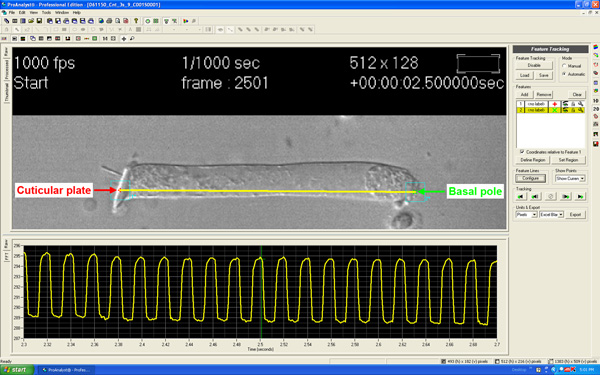 Figure 4. Single frame of an OHC with two points selected at the base (green) and the apex (red) of the cell, respectively, using the "Feature tracking" function of the ProAnalyst software. The curve below the cell shows the periodic changes in distance between the selected points associated with electrical stimulation. Moving the vertical bar different frames can be selected for individual analysis. 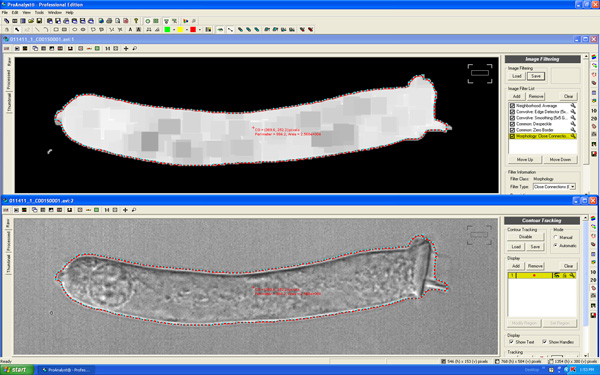 Figure 5. The "Contour Tracking" function in ProAnalyst detects the cell edge and automatically measure the area of the optical section. 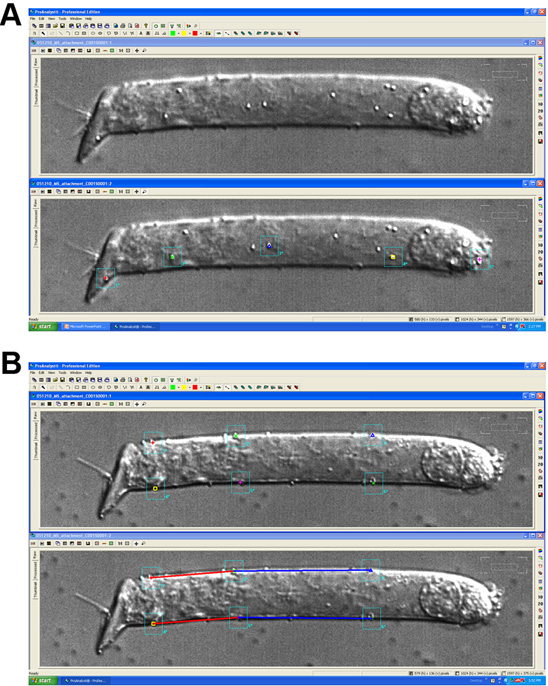 Figure 6. A) Captured image of an isolated OHC decorated with polystyrene microspheres (top), and the same image with five microspheres individually selected (bottom). A different color was assigned to each microsphere, and their displacements can be individually and automatically tracked frame by frame, analyzed and compared. B) Segments of arbitrary length can be defined by selecting polystyrene microspheres located on the edges of the cell, and changes in length of these segments as well as changes in orientation of one segment respect to others (cell bending) can be automatically evaluated frame by frame with the image analysis software.

The experimental method presented here enables estimating OHC motile responses in the kHz range without any restriction to the cell's movement. Different stimulation protocols, additional markers (microspheres), as well changes in the orientation of the cell with respect to the electric field, make it possible to investigate new aspects of OHC motility with a level of detail previously inaccessible. Other methods, e.g. those using photodiodes 9 or laser Doppler vibrometry 10, require a tight control of the position of the cell. Here, in contrast, all the measurements are performed between points belonging to the same cell, and every displacement is only associated with changes in cell shape and not with their movement with respect to an external frame of reference. Reliable measurements of cross-sectional OHC area are also easily obtained, which allows for an estimation of fast changes in OHC volume. In addition, the continuous development of faster and more sensitive cameras and better image analysis software, guarantee a continuous improvement in the quality of the method. A downside of the technique, no control on the electric potential across the plasma membrane, is a limitation shared with all the current methods used to evaluate OHC motility in the kHz range.

Thus, the method described here might be an important tool for hearing research, capable of providing new and important clues about the cellular and molecular mechanisms underlying OHCs' motile responses

Work supported by National Institutes of Health Grants R01DC10146/R01DC010397, NIDCD P30 DC006276 Research Core, and HEI. Its content is solely responsibility of the authors and do not necessarily represent the official views of NIH or HEI. The authors declare no existing or potential conflict of interest. 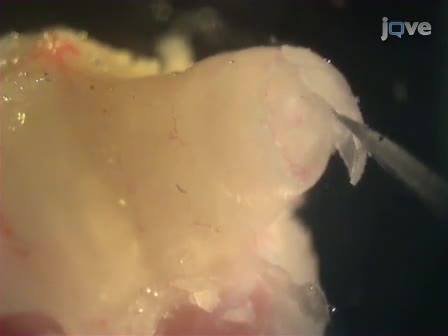