Osteoclasts are the principal bone-resorbing cell in the body. An ability to isolate osteoclasts in large numbers has resulted in significant advances in the understanding of osteoclast biology. In this protocol, we describe a method for isolation, cultivating and quantifying osteoclast activity in vitro.

Osteoclasts are highly specialized cells that are derived from the monocyte/macrophage lineage of the bone marrow. Their unique ability to resorb both the organic and inorganic matrices of bone means that they play a key role in regulating skeletal remodeling. Together, osteoblasts and osteoclasts are responsible for the dynamic coupling process that involves both bone resorption and bone formation acting together to maintain the normal skeleton during health and disease.

As the principal bone-resorbing cell in the body, changes in osteoclast differentiation or function can result in profound effects in the body. Diseases associated with altered osteoclast function can range in severity from lethal neonatal disease due to failure to form a marrow space for hematopoiesis, to more commonly observed pathologies such as osteoporosis, in which excessive osteoclastic bone resorption predisposes to fracture formation.

An ability to isolate osteoclasts in high numbers in vitro has allowed for significant advances in the understanding of the bone remodeling cycle and has paved the way for the discovery of novel therapeutic strategies that combat these diseases.

Here, we describe a protocol to isolate and cultivate osteoclasts from mouse bone marrow that will yield large numbers of osteoclasts.

Bone remodeling is dynamic and involves the coupling of bone formation with bone resorption1. This tightly regulated process is responsible for maintaining the skeleton during normal homeostasis, and in response to injury and disease.

Osteoclasts are unique, multinucleated cells that are capable of resorbing both the organic and inorganic matrices of bone. Osteoclasts are derived from the monocyte/macrophage lineage of the bone marrow2-5. Abnormalities in the function or formation of osteoclasts can result in a variety of clinical pathologies, including common conditions like osteoporosis.

The ability to generate osteoclasts in vitro has allowed for significant advances in our understanding of bone biology6. As a result, new therapeutic agents are emerging to treat osteoclast-related diseases which are responsible for significant morbidities and mortalities7. Homeostatic maintenance of bone mass and strength requires the concerted action of bone-forming osteoblasts and bone-resorbing osteoclasts8,9. Bone homeostasis is altered in a number of diseases, including post-menopausal osteoporosis, in which increased osteoclast activity leads to pathogenic loss of bone mass and density10. With increasing availability of transgenic murine models of human disease, there is more opportunity to decipher the role of the osteoclasts in human bone disease11-13.

Numerous protocols for osteoclast culturing techniques appear in the literature, with many variations described9,12,14. Xing and colleagues describe similar methodology to the protocol described below, in their description of osteoclastogenic assays from murine bone marrow cells. However to release the bone marrow cells following long bone harvest, Xing et al. flush the marrow cavity with α-MEM complete media14. Catalfamo examines the effect of hyperglycemia on osteoclast function and describes a method in which all cells mobilized by bone marrow flushing are cultured for 24 hr, at which point the non-adherent cells are discarded12, a technique also used by Boyle et al.9 These previously published protocols necessitate the practice of flushing the bone marrow, a tedious practice, which also introduces the risk of a needle stick injury and loss of valuable bone marrow, as one must cut both ends of the bone. The protocol, which we describe, implements the use of a mortar and pestle to isolate osteoclasts, which is similar to the method of macrophage isolation described by Weischenfeldt et al.15

Our experience, however, is that osteoclast isolation and in vitro culture using previously published techniques results in variable outcomes in terms of osteoclast production, often resulting in an inability to cultivate osteoclasts. Therefore, we have devised a protocol that allows for the consistent isolation of mouse bone marrow to produce large numbers of multinucleated osteoclasts in vitro, with an approximate yield of 70-80% of cells initially plated forming macrophages and subsequently osteoclasts, in the presence of osteoclast induction media. 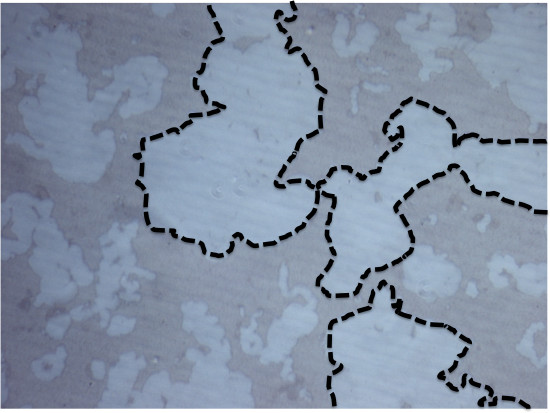 An ability to easily isolate and cultivate large numbers of osteoclasts in vitro has been responsible for helping to advance understanding of bone biology and osteoclast-mediated diseases. It was the identification of RANKL that lead to this, when it was recently identified as the major regulator of osteoclast formation, differentiation and survival16-18.

It has been our experience that the in vitro cultivation of osteoclasts from bone marrow is largely dependent on seeding density. We observed that failure of this protocol to yield osteoclasts is typically due to a suboptimal seeding density when plating bone marrow-derived cells. Thus, in this protocol, it is recommended to seed 200,000 cells per 24-well plate well. Furthermore, in order to achieve maximum success with this technique, it is recommended to prepare the osteoclast induction media precisely as described above and to change the media at the same time each day, after the initial 3 days when one does not need to disturb the culture plates. This may allow a constant concentration of the osteoclast induction media factors. In addition, we have found that the use of specific reagents also allows greater potential for culturing of large numbers of multinucleated osteoclasts.

This technique is limited by the availability of a RT centrifuge, in which one can alter acceleration and deceleration parameters and procurement of specific reagents. It is otherwise a very straightforward protocol, with which we have had much success, in a range of mice of differing age and genetic background (e.g., C57BL/6, CD1, NOD SCID, Lep db-/-).

This technique offers a reliable method to generate osteoclasts in vitro and to determine their ability to resorb mineralized matrix. Using this protocol, it is possible to isolate large numbers of multinucleated osteoclasts in vitro typically in one week. Our experience is that osteoclast isolation and in vitro culture using previously published techniques results in highly variable outcomes in terms of osteoclast production, often resulting in an inability to cultivate osteoclasts9,12,14.

Osteoclast function is complex and bone resorption is a highly orchestrated process that is mediated at the local level by cross-talk between osteoblasts and osteoclasts19. In addition to local control of bone balance, emerging evidence suggests that osteoclast activity is governed systemically by factors related to immune, neuronal, and other systematic factors20-24.

As the understanding of osteoclast biology continues to advance rapidly, including their diverse role in processes ranging from bone remodeling to their role in regulating cancer metastases to bone25-27, this protocol will allow researchers to consistently isolate large quantities of osteoclasts in vitro.

None of the authors has disclosure or conflict of interest to declare. 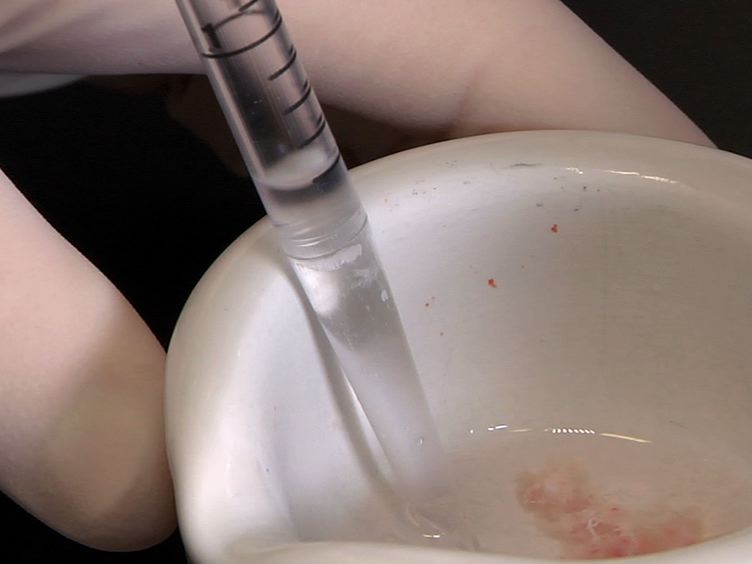